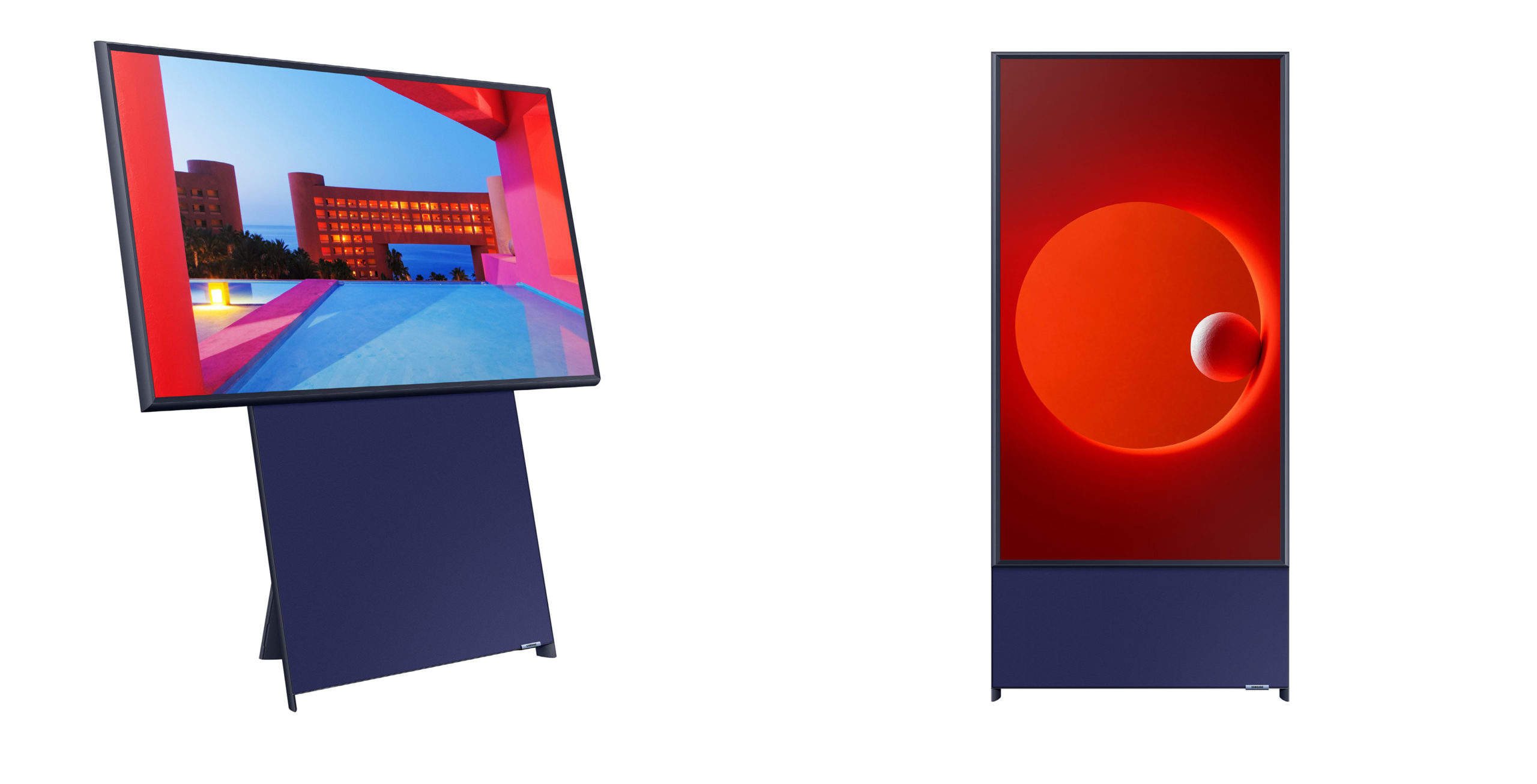 Samsung launched a weird rotating TV called ‘The Sero‘ back in April, but it was only available in South Korea. The TV’s screen is capable of swivelling from the typical landscape orientation to portrait, which is better suited for content like Snapchat, Instagram Stories and TikTok content.

In 2020, Samsung will bring this TV designed for generation Z consumers to several global markets.

The Sero connects to smartphones or tablets over NFC and can mirror whatever is on your smaller screen. If you’re using a Samsung smartphone, the phone will swivel automatically depending on the content on-device. iPhone users will have to use the remote control to switch the screen to portrait manually, but the Sero does include full AirPlay 2 support.

For the TV to swivel, it sports a non-removable stand, which includes a 4.1-channel, 60 watt speaker system inside with Bixby control.

Alongside the Sero, which is part of the company’s ‘lifestyle’ TV lineup, Samsung is bringing more size variants to the Serif and the Frame QLED TVs.