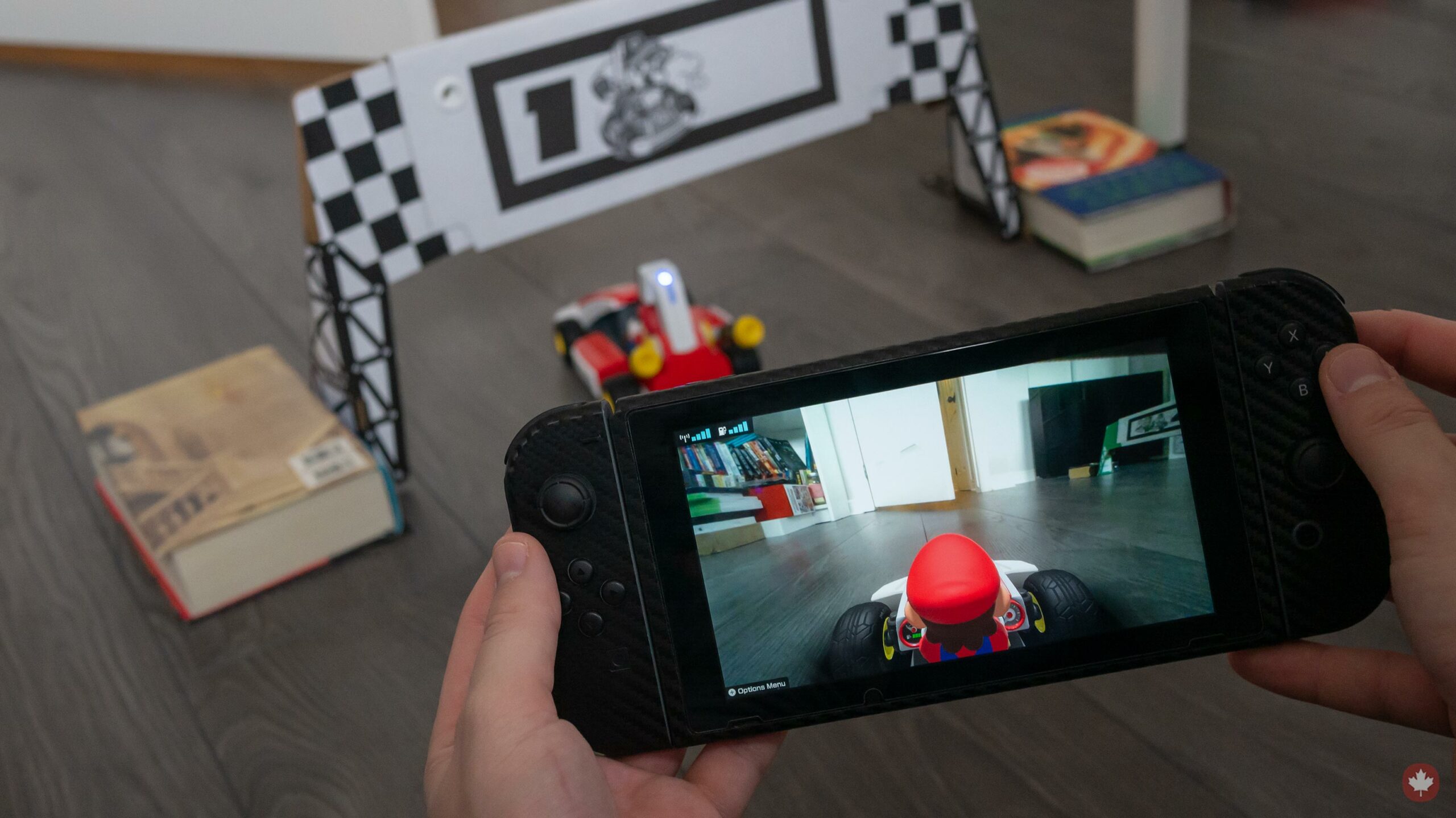 Nintendo’s Mario Kart Live: Home Circuit Mario and Luigi set for the Switch is currently discounted on Amazon Canada for $99, down from its regular price of $129.

The augmented reality (AR) game, which released back in October, supports multiplayer for up to four players.

I’m not great at this game but it’s still incredibly cool. pic.twitter.com/TEdzWz4LFc

Developed through a partnership with New York-based company Velan Studios, Home Circuit has players setting up courses with special gates in the real world. These gates create a virtual race track for a players’ experience in augmented reality and actual physical space in the real world.

For this to work, you’ll need to launch Mario Kart Live on your Switch and use the physical kart’s camera to snap a picture of a QR code on the handheld.