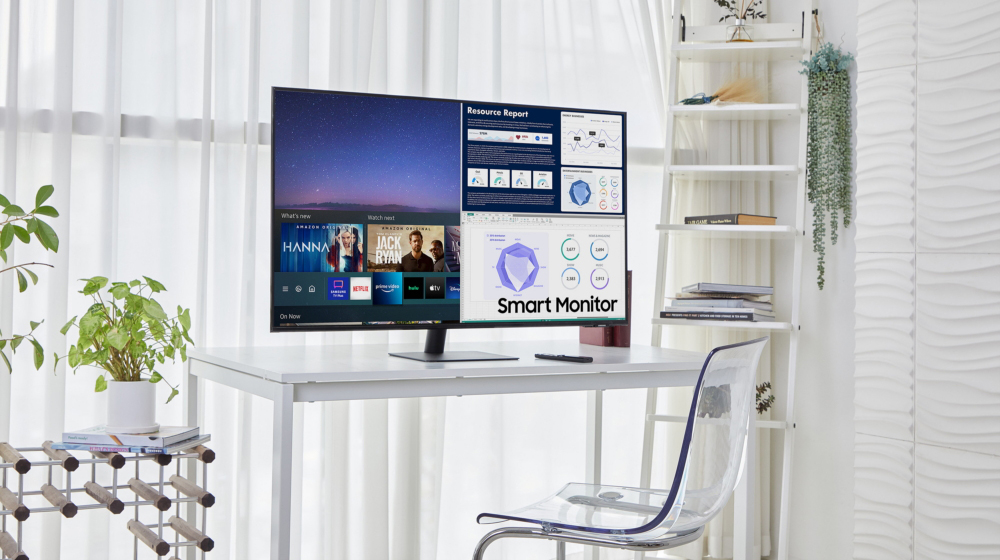 Samsung has introduced four new monitors to its lineup, each with improved connectivity options in an effort to increase sales while many of us continue to work from home.

The company’s Tizen-powered smart computer monitors now feature a 43-inch 4K M7 model as well as a 24-inch 1080p M5, making them the largest and smallest smart monitors respectively from Samsung to date.

Last year, Samsung introduced the Smart Monitor lineup, which it defines as a “do-it-all” display that can be used for both work and play. The displays feature built-in speakers smart TV features, allowing users to run media applications like Netflix and remote desktop access and productivity tools like Office 365, directly on the device. The Smart Monitors come with a remote control that works with Alexa, Google Assistant, and Bixby, along with wireless support for Samsung’s DeX platform

Samsung is yet to disclose the new model’s prices. To learn more about the new lineup, click here.