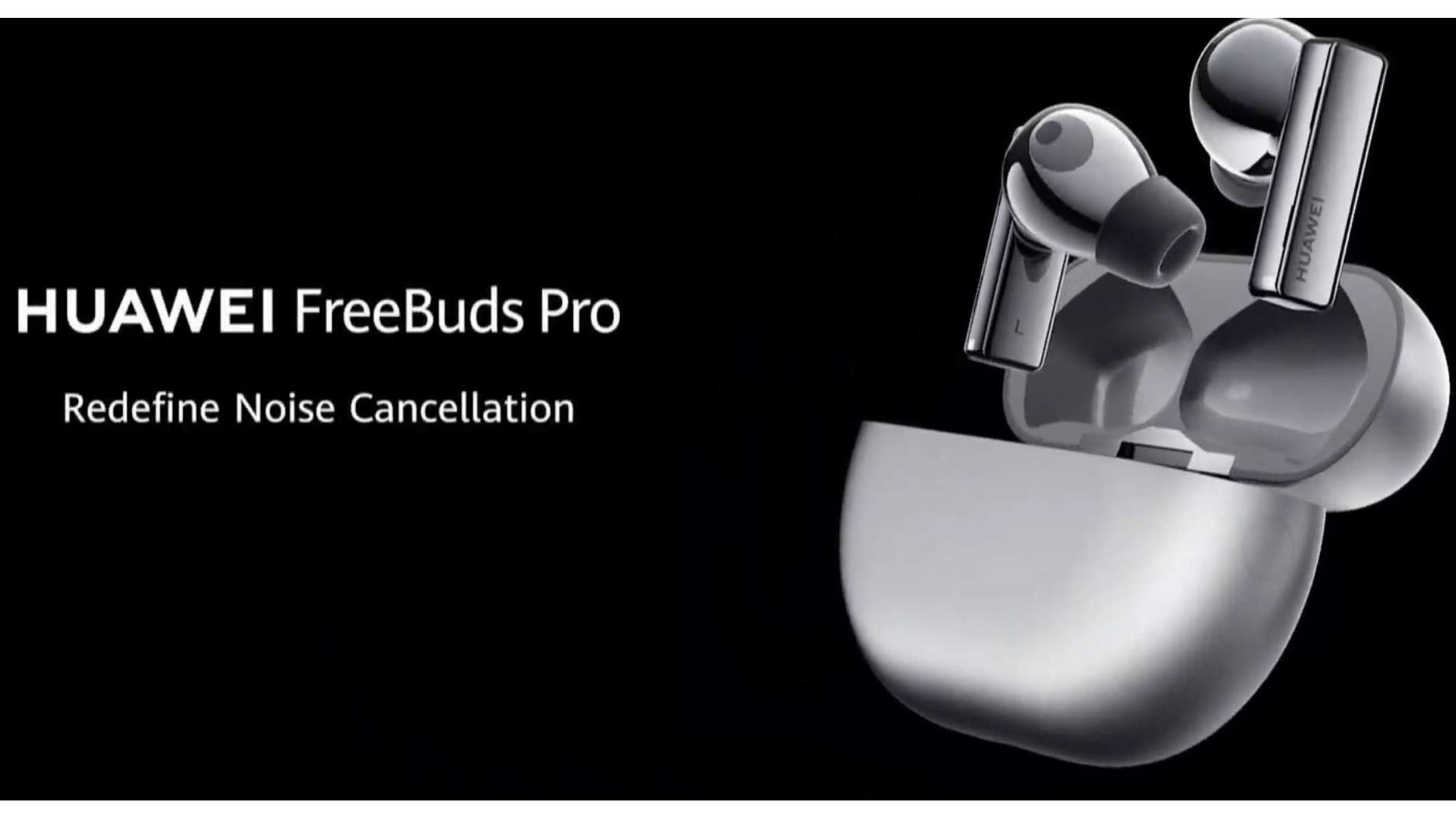 First off, Huawei showed off the FreeBuds Pro. The phone-maker says the FreeBuds Pros feature an iconic cubic structure, a 3D Arc design, as well as three sizes of soft silicone ear tips that work with an app on your device so that you get the best fit.

The buds also feature ‘Dual Anti Wind-noise Design’ to get rid of wind noise when on a phone call. These earbuds include active noise-cancellation, which Huawei says is better than the AirPods Pro and Sony’s WF-1000xm3.

There’s also ‘Real-time precise environment noise recognition,’ which offers three different types of noise cancellation. This feature adapts your earbuds’ noise-cancellation to your surrounding area, whether you’re in a quiet office or even a helicopter, according to the Huawei.

Furthermore, the FreeBuds Pros offer 4.5 hours of battery life with noise-cancellation, seven hours without noise cancellation and 30 hours when you include the case.

Huawei says that it “redefines noise-cancellation” with the FreeBuds Pro.

Next up is the FreeBuds Lace Pro with ‘Ultimate Noise Cancellation.’

It doesn’t seem like the FreeBuds Lace Pro are coming to Canada. If you hop over to Europe to buy a pair, they’ll cost €119 EUR (about $185 CAD) when they arrive later this month.

Additionally, there are new Watch Faces, which include ‘Starry Sky’ and ‘Jungle.’ The Watch GT 2 Pro comes in two variants, the ‘Classic,’ and ‘Sport.’

The Sport offers more than 100 different workouts and even has a golf and skiing mode. And if you go hiking, the device can tell you the path you took to get back safely.

There’s also ‘Outdoor Safety Guidance’ that’ll warn you when the sun sets, tell you when the tides change, and offer information about moon phases, among other things.

Furthermore, the GT 2 Pro offers Spo2 monitoring, sleep tracking, blood rate and more.  This time around, the GT 2 Pro sports wireless charging with up to 14 days of battery life.  The GT 2 Pro also features ‘One Hop,’ which allows users to take a picture on their smartphone, tap it against their watch and have the picture then show up on the watch. 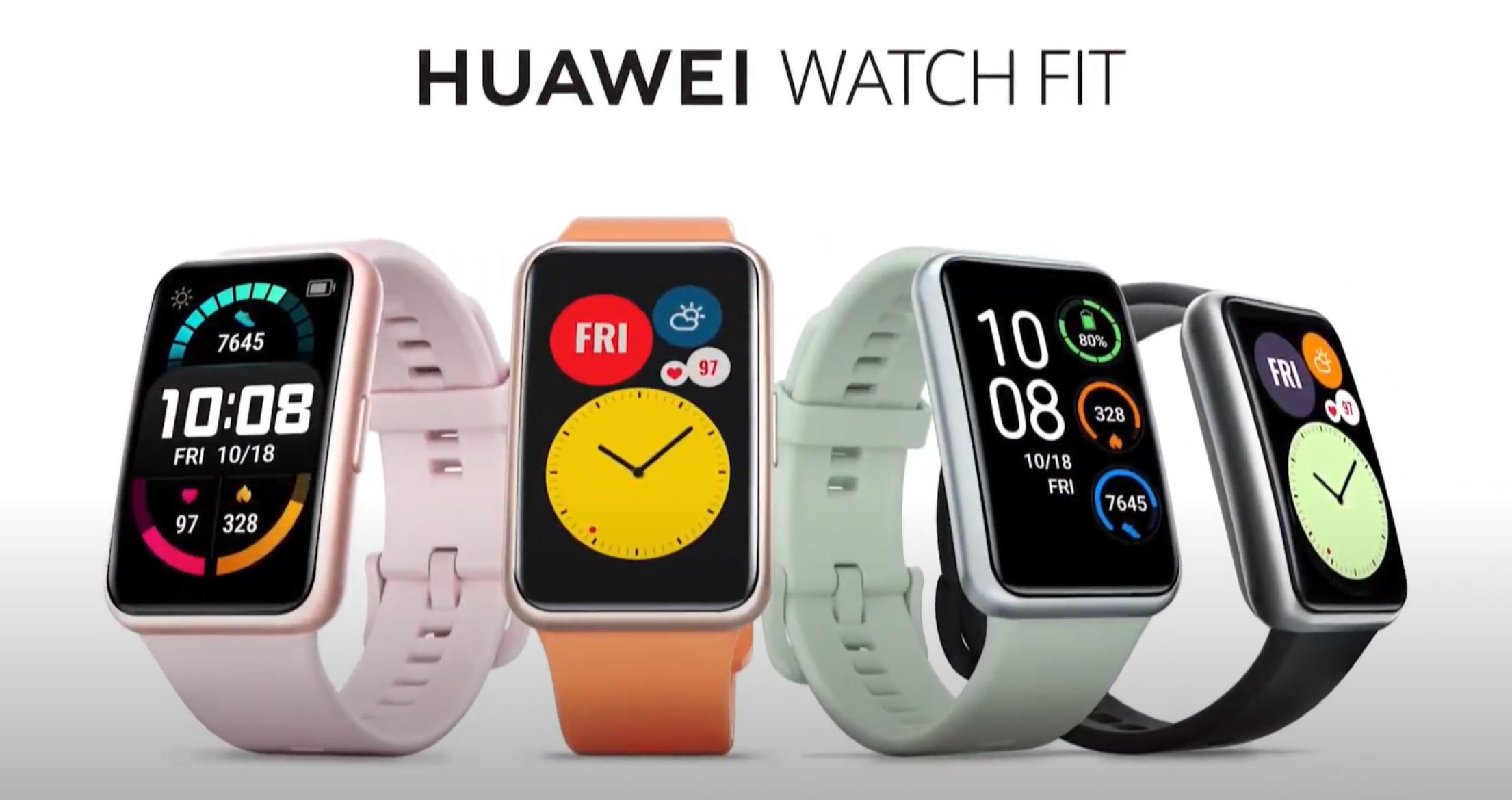 The Huawei Watch Fit is the company’s new watch brand that weighs 34g and sports a 1.64-inch display.

The Watch Fit has a Private Trainer with workout animations and 96 workout modes. It also features heart-rate monitoring, sleep tracking and more.

Additionally, the Watch Fit has more than 200 watch faces, 10-day battery life and a personal assistant — however, Huawei didn’t specify if the wearable features its Celia digital assistant.

Huawei says the Watch Fit, GT 2 Pro and FreeBuds Pro are launching in Canada sometime in October. The China-based company didn’t say whether the Watch GT 2 Pro Classic or Sport version will be available here. However, we’ll update this article with more details when the information becomes available.

The MateBook X sports a 13-inch 3000 x 2000 pixel resolution display and weighs 1kg. The touchpad is 26 percent larger than the previous version and offers ‘Huawei Share Tag,’ which means you won’t have to worry about peeling off an NFC sticker.

The new Matebook X sports 9 hours of battery life. The camera is also in that same awkward spot, but it allows Huawei to keep the laptop relatively small, considering its 13-inch display.

Huawei improved its ‘Huawei Share’ feature as well, offering the ability to switch music playback with one-touch and save file changes directly on your phone with cross-device file editing. 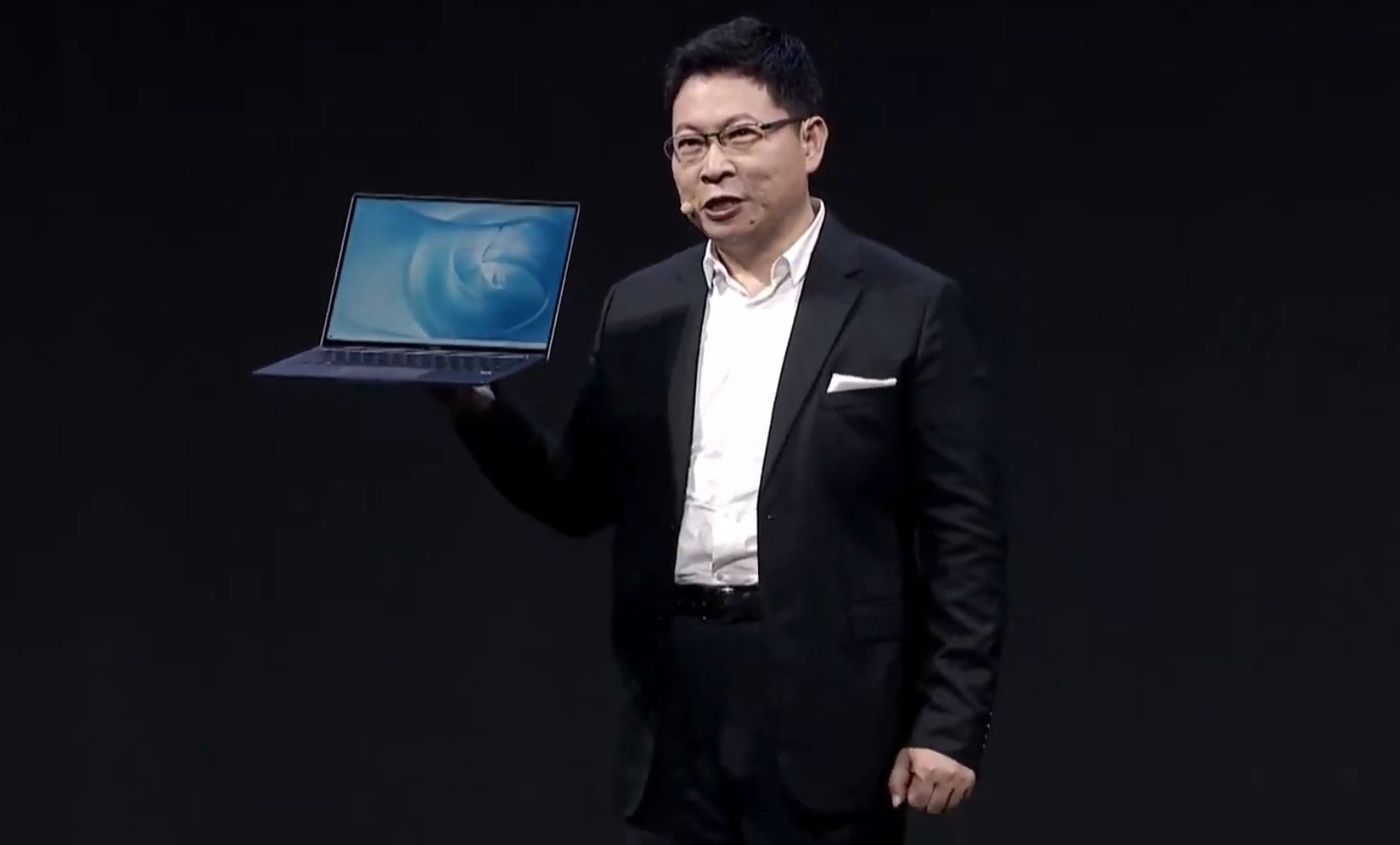 On the inside, there’s an AMD Ryzen 7 4000 N-Series processor that the company says is capable of pushing out 40W worth of CPU performance.

This device comes in ‘Mystic Silver’ and ‘Space Gray.’

Huawei hasn’t revealed if it’s bringing the MateBook X or MateBook 14 to Canada. That said, given the company often eventually brings its laptops here, it likely will.