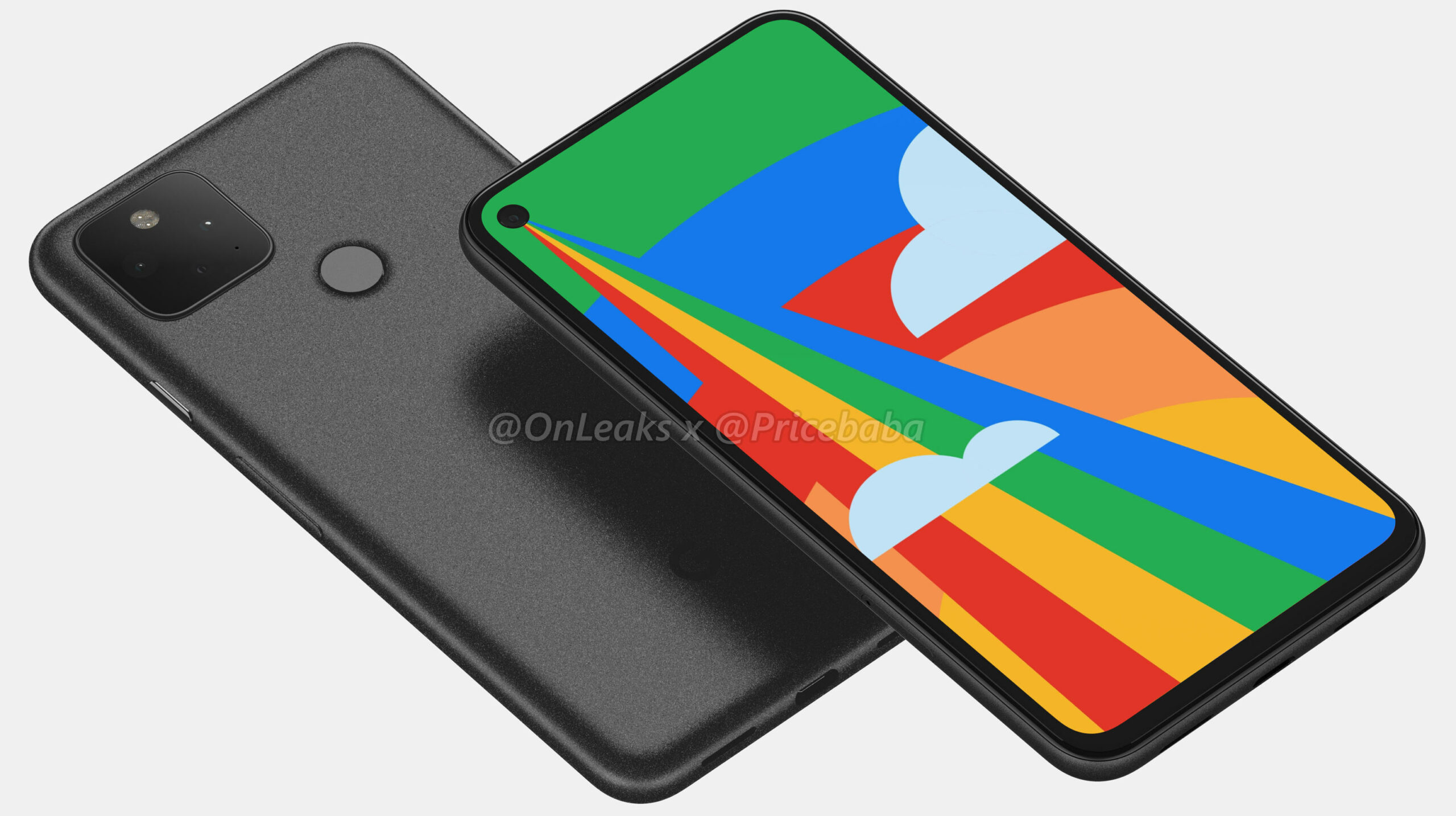 When Google launched the Pixel 4a, the company said that the Pixel 4a 5G and Pixel 5 would release this fall. Now, PriceBaba, in collaboration with Steve Hemmerstoffer, has leaked high resolution renders of Pixel 5, giving us our best look at Google’s upcoming flagship smartphone yet.

If the leaked the renders are accurate, the Pixel 5 will look very similar to the Pixel 4A, with a flat display and a hole-punch camera in the top-left corner. This device’s screen will also measure between 5.7 and 5.8-inches. There aren’t many differences between the Pixel 5 and the Pixel 4a, though the Pixel 5 features a secondary rear-facing camera.

These renders indicate that the device will launch in black, but a recent leak from YouTuber Jon Prosser states the Pixel 5 will also release in green.

OnLeaks says the dimensions of the Pixel 5 are 144.7 x 70.4 x 8.1mm (8.5mm around the camera bump). There’s also a square camera module in the top left corner of the smartphone, another unknown sensor and an LED flash.

It’s definitely odd to see a flagship device in 2020 with a rear-facing fingerprint sensor.

It has already been leaked but, cause so many of you asked me to share my own, this is your closest look yet at which I assume #Google will soon launch as #Pixel5.

The volume rocker and power button are on the right, the SIM card is on the bottom left, and there’s a USB-C port on the bottom. Additionally, there’s a single noise-cancelling mic and an earpiece above the screen.

Previous leaks about the Pixel 5 indicate the phone will feature a Qualcomm Snapdragon 765 processor that supports 5G, alongside an OLED QHD+ screen resolution with a 90Hz refresh rate, and a 3,080mAh battery.

The phone is rumoured to launch on September 30th, and according to PriceBaba, a now-removed Google France blog post stated that pre-orders for the Pixel 5 will start on October 8th.

Another rumour indicates that Google will also launch a Pixel 5 device with a 6.67-inch screen, though it’s unclear what phone this information relates to. OnLeaks and Pricebaba believe the Pixel 5 will sport a 5.7 or 5.8-inch display, which means Google may also launch a Pixel 5 XL — or better yet, a Pixel 5 Ultra.