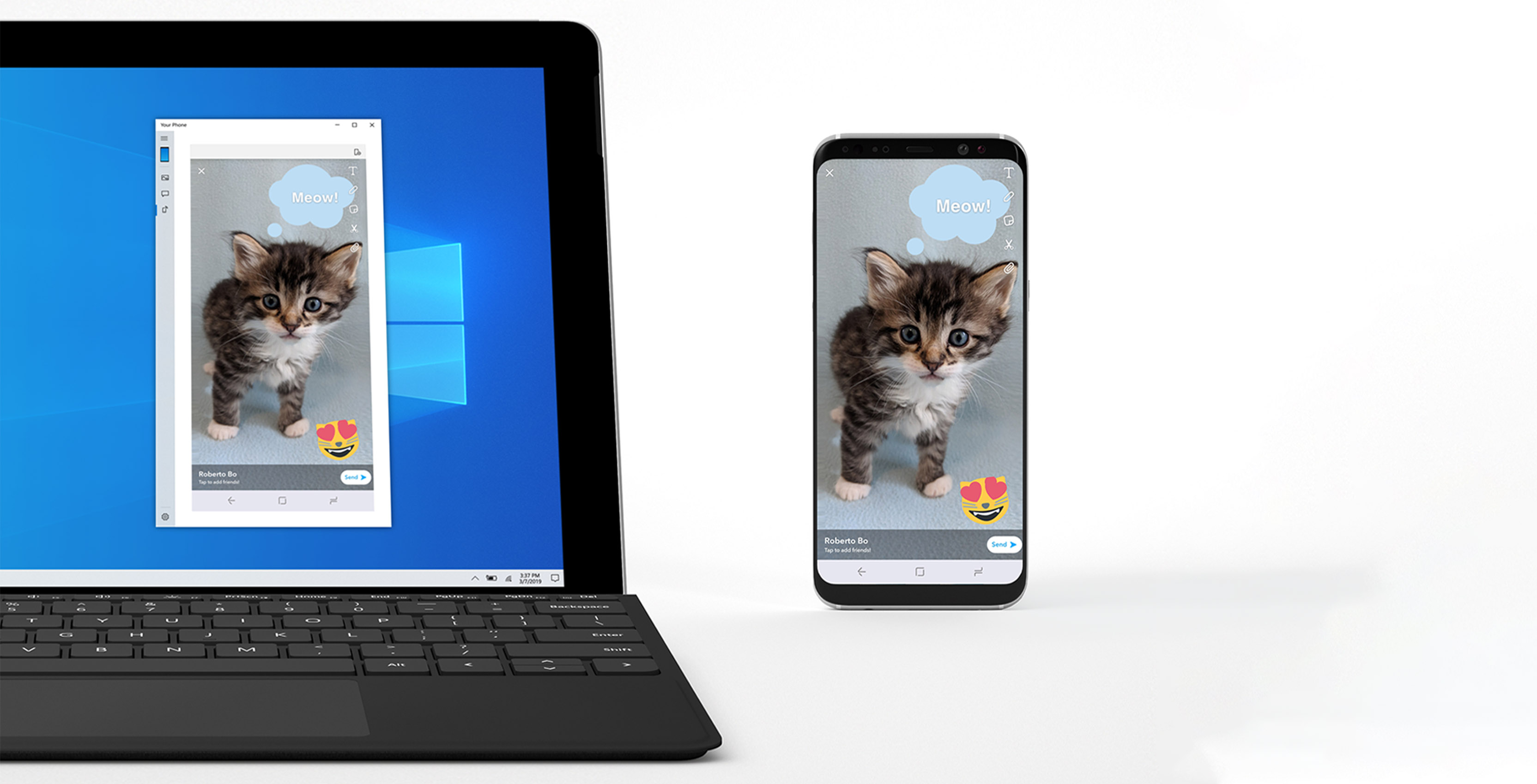 Samsung has announced that Windows 10 PCs will soon be able to display and mirror Android apps from a phone.

This is a big move for both Windows and Android, although as of the time of writing, the feature is only compatible with Samsung phones. To use the new feature, you need to set up the ‘Your phone’ companion app on both your PC and phone.

The cool thing about these mirrored apps is that they run in their own windows, so they act more or less like regular computer apps. However, The Verge notes that not all Android apps will work on Windows and some will have weird issues like sounds still playing through your phone even if the app is on the PC.

This happens because the apps on Windows are just mirrors of the apps running on your phone. However, this is all a step in the right direction, and you can even pin these mirrored apps to your Windows Taskbar so that whenever your phone is nearby, they’ll work even more like a traditional computer application.

Previously with Samsung phones, you could mirror one app and all Android phones can mirror messages and photos on Windows, but the biggest portion of this update is the fact that you can do more than one app at a time. This should help people integrate their phones into their workflow a little more.

Hopefully, Android and Windows can work something out so more people can take advantage of this feature, but there’s no official word on that yet.