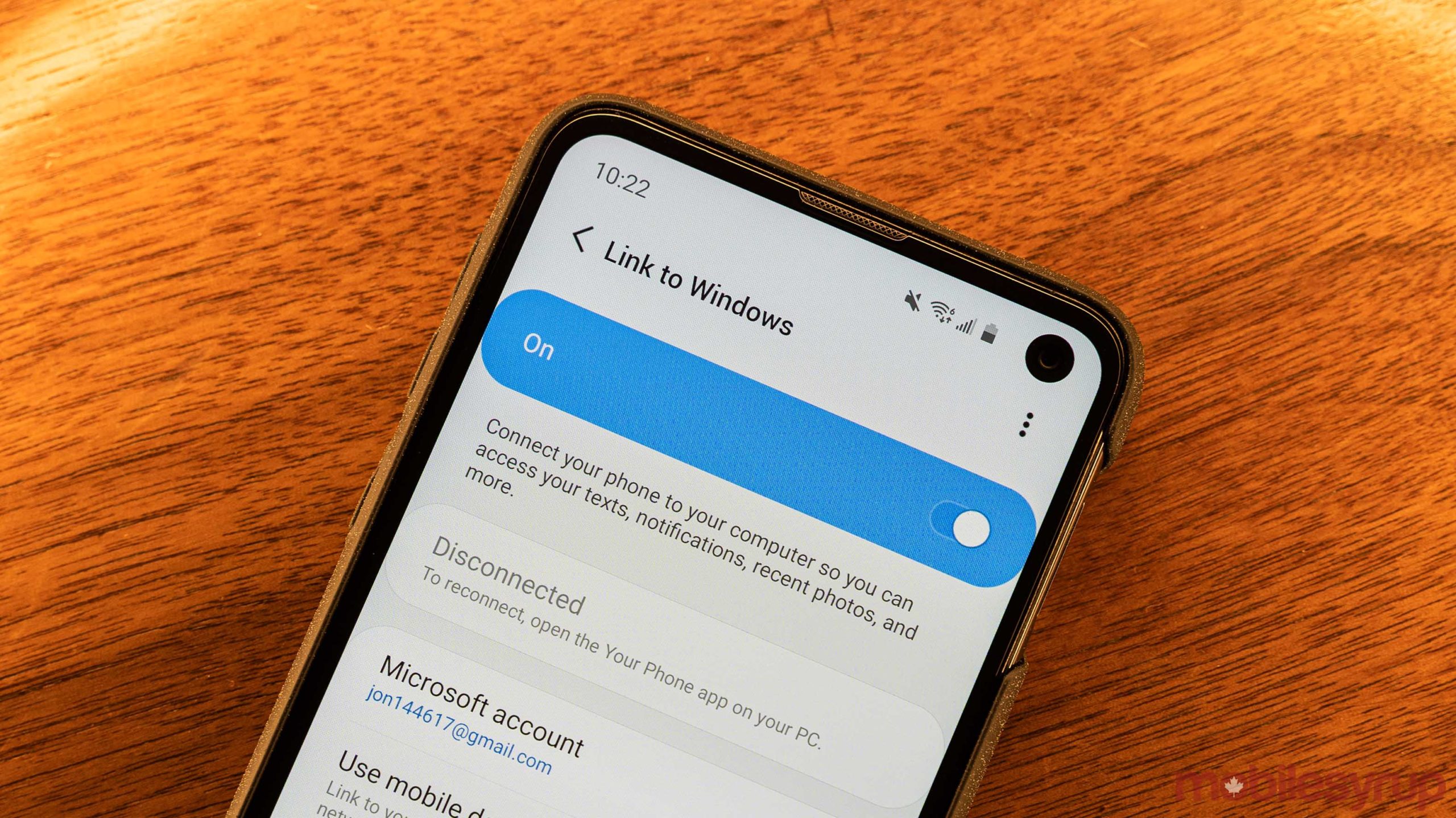 Microsoft has steadily improved its ‘Your Phone‘ app since it first arrived for Windows 10 users in 2018. However, the platform is set to get even better with new drag-and-drop capabilities.

First spotted by SamMobile, Your Phone will soon allow users to drag-and-drop files between a supported Samsung phone and a Windows 10 PC using Wi-Fi. It’s worth noting that the drag-and-drop capability isn’t exactly new. Supported Android phones can already drag-and-drop photos to Windows PCs using Your Phone. However, the new capability expands drag-and-drop beyond just pictures.

Unfortunately, there are some limitations with the feature. For one, Your Phone will only support drag-and-drop for files up to 512MB in size. Further, users will only be able to transfer up to 100 files at one time. Finally, both your phone and PC will need to be on the same Wi-Fi network for this to work.

File drag-and-drop is on its way to Samsung phones

On top of that, the new drag-and-drop capability isn’t fully available yet. Currently, the feature is in testing on the latest Windows 10 Insider build. Additionally, it requires version 1.5 of the Your Phone Companion app. At the time of writing, only version 1.2 was available.

It’s worth noting that the Your Phone Companion app is available on most Android devices but some features are exclusive to Samsung phones. Likely, that exclusivity is part of the ongoing partnership between Microsoft and Samsung. That partnership also means supported Samsung devices have the app built-in. Samsung users can access it by searching ‘Link to Windows’ in the Settings app. It’s not clear if file drag-and-drop will expand beyond Samsung devices in the future.

Still, Your Phone is a feature-rich platform if you’re using an Android phone. For example, you can drag-and-drop photos, receive notifications and answer calls using Your Phone on your PC. On top of that, Samsung users can copy and paste between their phones and Windows PCs.

On iOS, Microsoft offers the more limited ‘Continue on PC’ app. Unfortunately, it only lets you send websites from your iPhone to your PC. Other solutions offer more features, such as Dell’s Mobile Connect software.