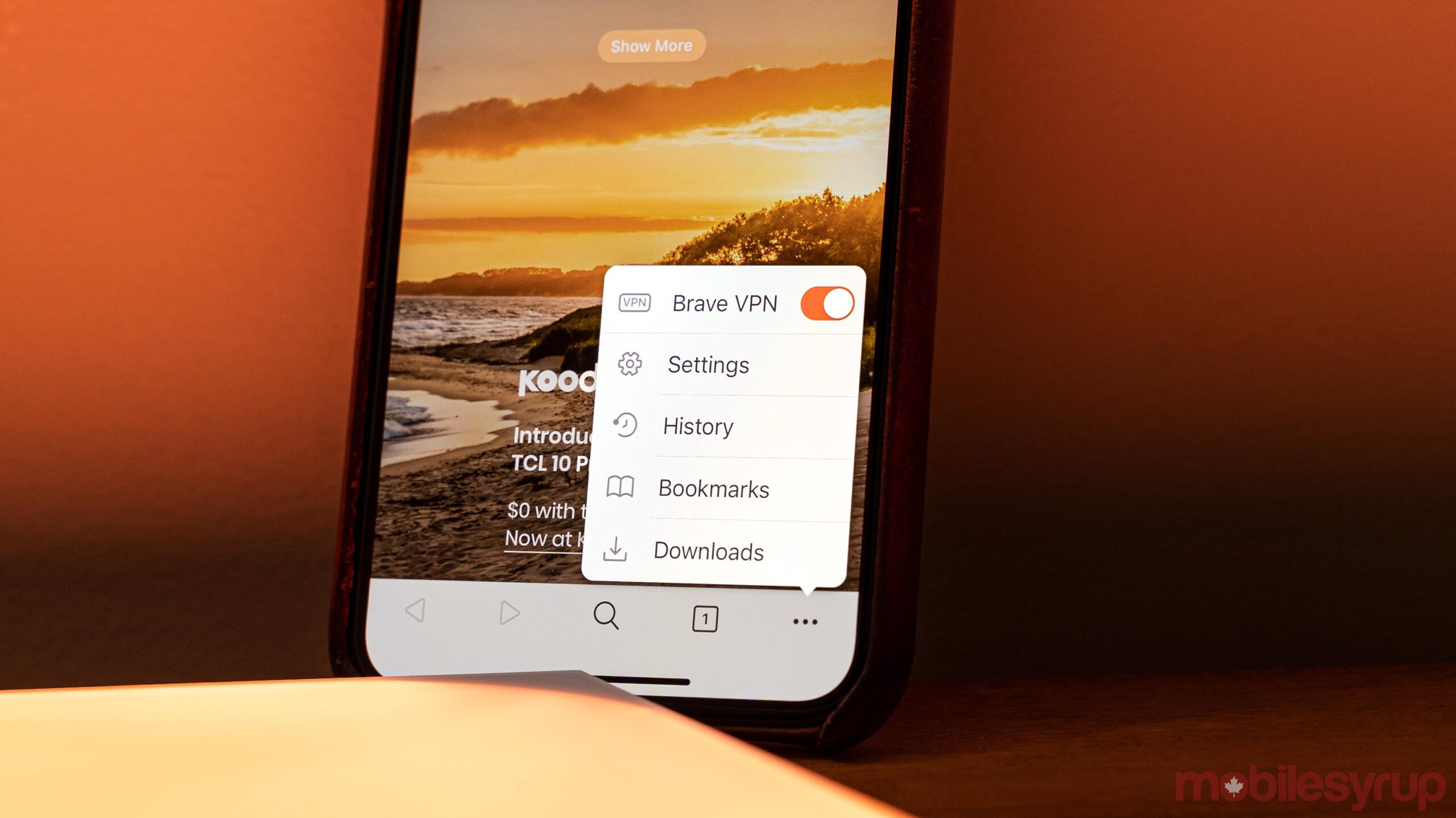 Brave Software, the company behind the Brave browser, has teamed up with Guardian to bring a virtual private network (VPN) directly to Brave’s iOS browser.

Now, Brave users on iOS can easily sign up for the Brave Firewall + VPN — powered by Guardian’s Firewall + VPN services. However, Brave’s VPN system also works system-wide and not just in the browser.

Brave says its VPN + Firewall can protect users from data, location and mail beacon tracking along with protecting browsing data like a typical VPN.

In a press release, the company said its solution went above and beyond the basic IP address masking seen in other VPN services. Brave’s VPN encrypts and protects anything people do while connected to the internet. The service prevents unauthorized tracking, blocks ads and encrypts all traffic from your iPhone or iPad.

Brave explains that the VPN sends users’ traffic through an encrypted VPN to Guardian’s servers. This allows Guardian to spot which apps are secretly broadcasting tracking data and block it without impacting how the app works. 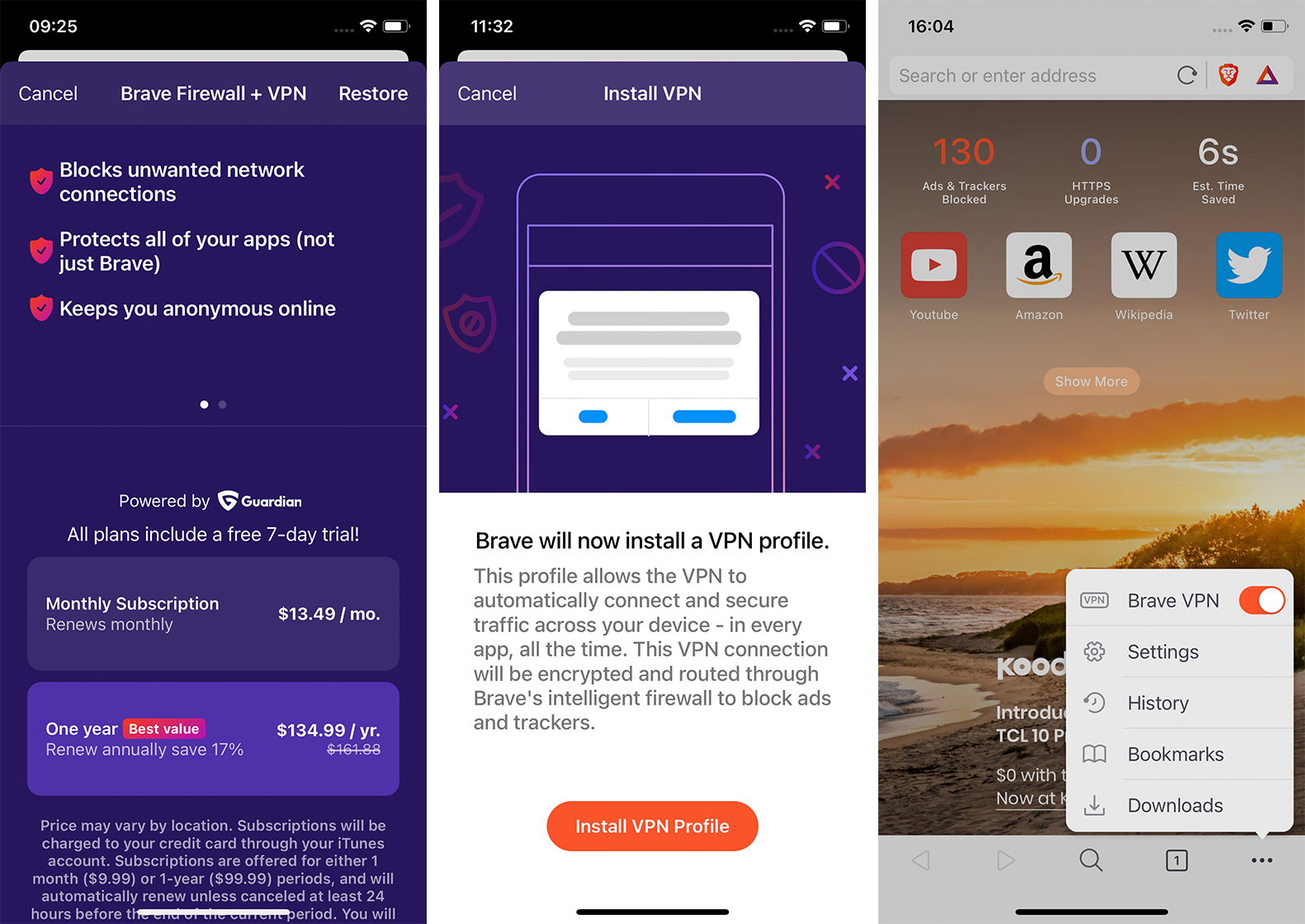 Further, Brave says its VPN has a unique authentication system that doesn’t require the use or retention of any user information. Instead, Brave gets a pseudonymous digital receipt from the App Store to enable VPN access for customers. The app uses randomized, rotatable extensible authentication protocol (EAP) identifiers to connect to the VPN servers. Because of this setup, Brave and Guardian don’t need to be aware of a user’s identity for them to connect to the VPN.

To try out Brave Firewall + VPN, you’ll need to download the Brave browser on iOS. Brave is a Chromium-based browser — although on iOS it uses WebKit like all browsers — with a focus on privacy and speed. Brave has also proven popular with crypto enthusiasts thanks to its Basic Attention Token (BAT), a cryptocurrency earned by users for viewing privacy-respecting ads that they use to pay online content creators.

Of course, some may be hesitant to trust Brave after a recent scandal with the browser using search suggestions to direct people to affiliate links. If that’s the case, Guardian offers its own VPN app on iOS with similar functionality. It’s also worth noting that, at least in Canada, Guardian’s subscription fee is slightly cheaper than Brave’s.

Brave isn’t the only web browser getting into the VPN game. Mozilla, the company behind Firefox, also recently launched a VPN app that costs just shy of $7 per month.