The set includes an NES, a controller, a Super Mario Bros. cartridge and a retro TV -- all made out of bricks 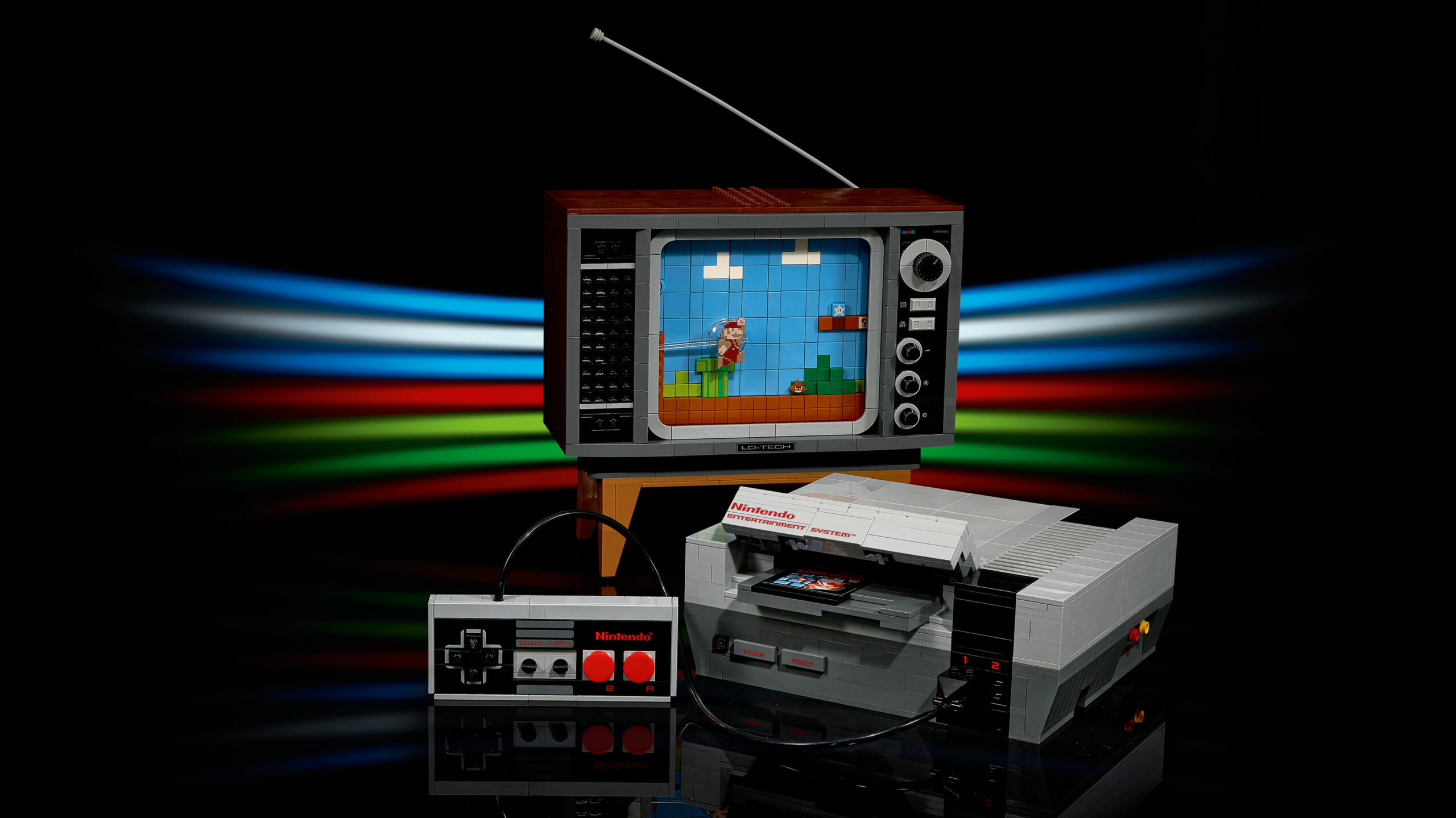 Following a tease and leaked images yesterday, Lego has officially announced its Nintendo Entertainment System (NES), set to be released on August 1st.

The 2,646-piece set features an NES, a controller with a cable, a Super Mario Bros. cartridge and an old school mid-80s television, all constructed from Lego bricks.

Lego says the unique set will be available exclusively at Lego retail stores and through Lego.com for $229 USD (about $312 CAD), but that the set will eventually release to other retailers around the world in 2021.

What’s most surprising about the NES Lego set is how interactive it is. For example, there’s a crank on the side of the TV that actually moves Mario through a faithful recreation of Super Mario Bros.’ first level. The cartridge can also be slotted inside NES.

Lego says that the TV is compatible with its upcoming Super Mario line of sets that is also set to launch on August 1st.

“Fans can scan an included action brick with Lego Mario from the Lego Super Mario Starter Course, so he reacts to on-screen enemies, obstacles and power-ups just as he would have in the iconic Super Mario Bros. game,” says Lego in a press release. 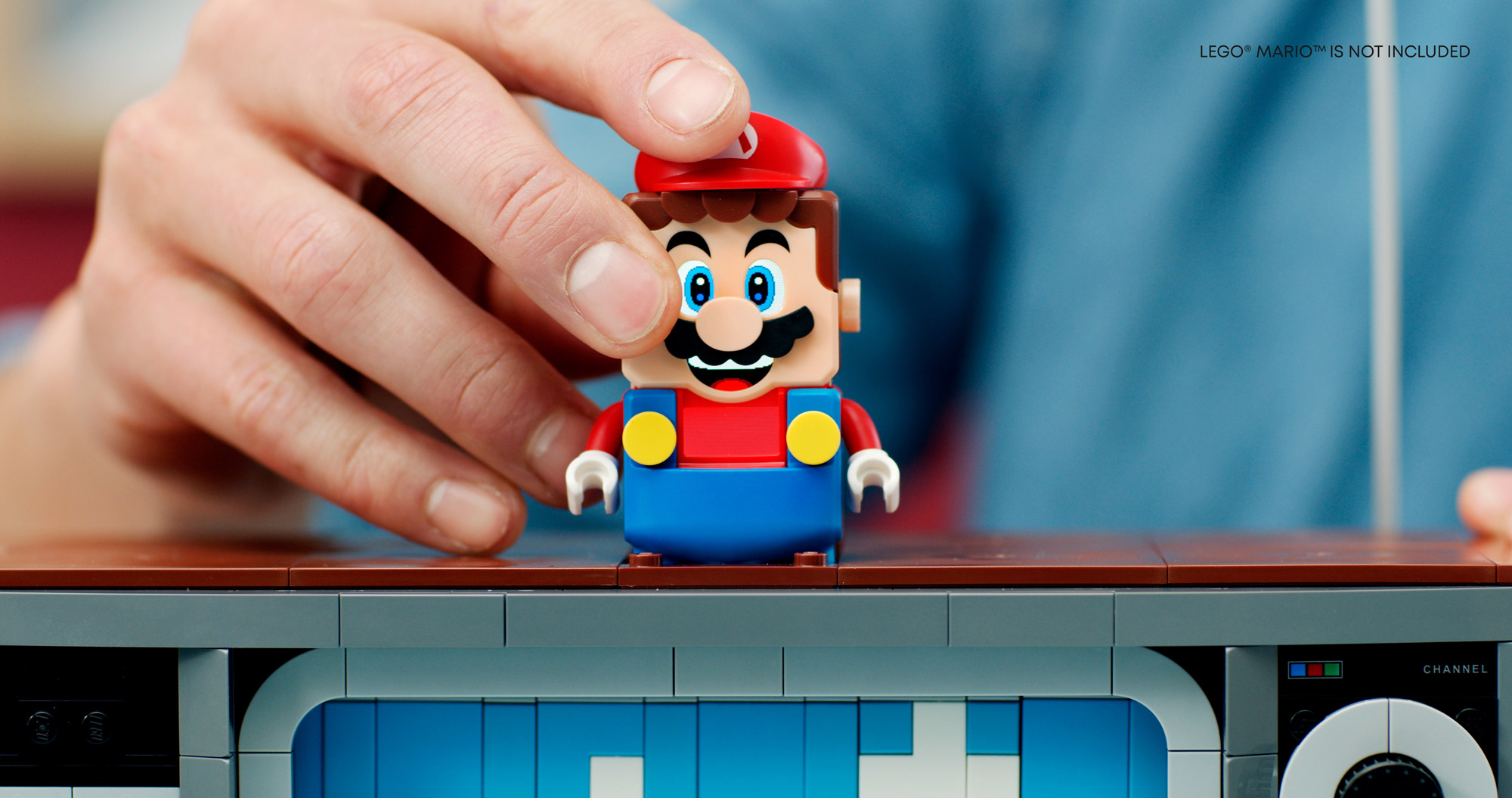 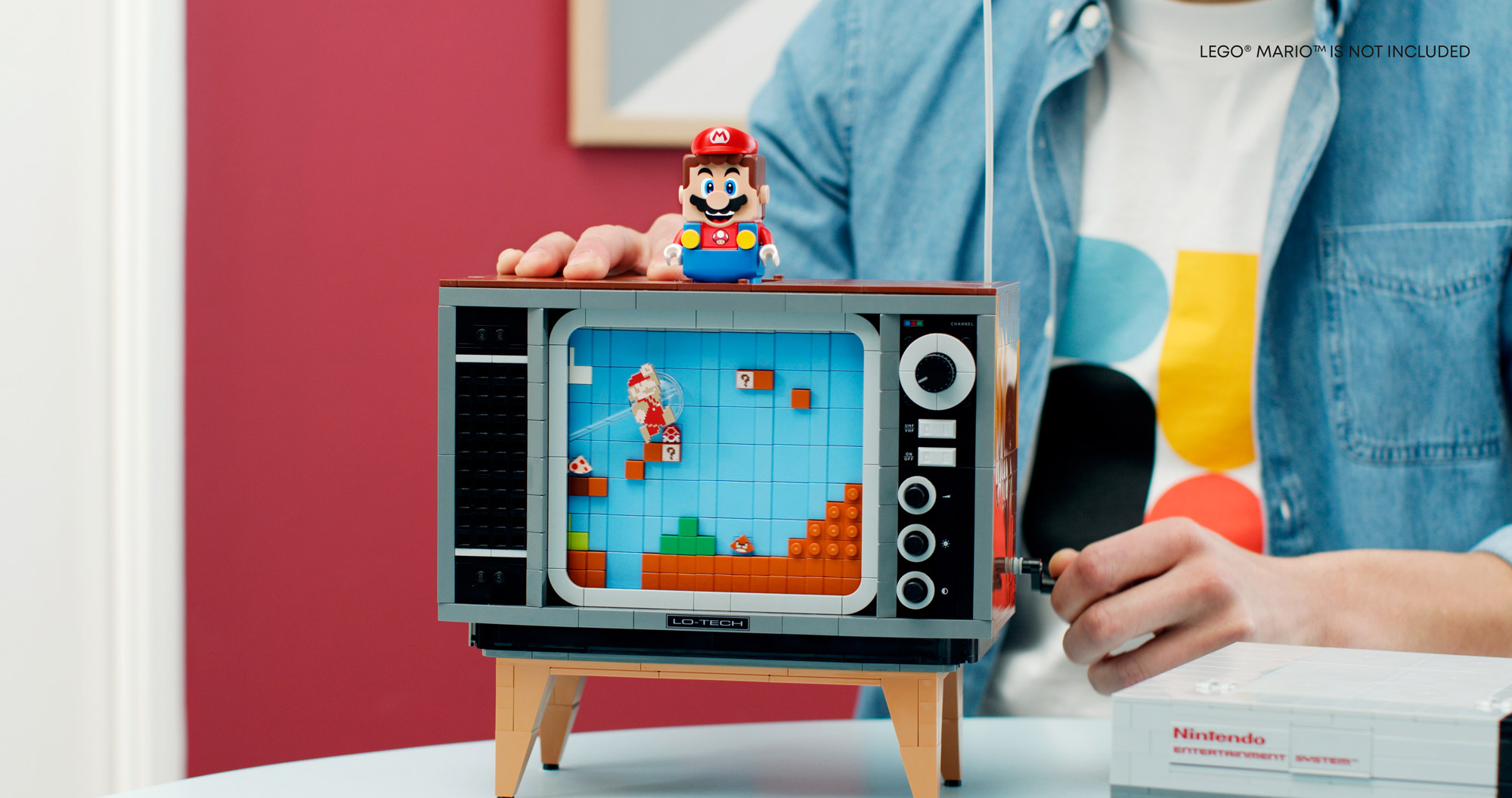 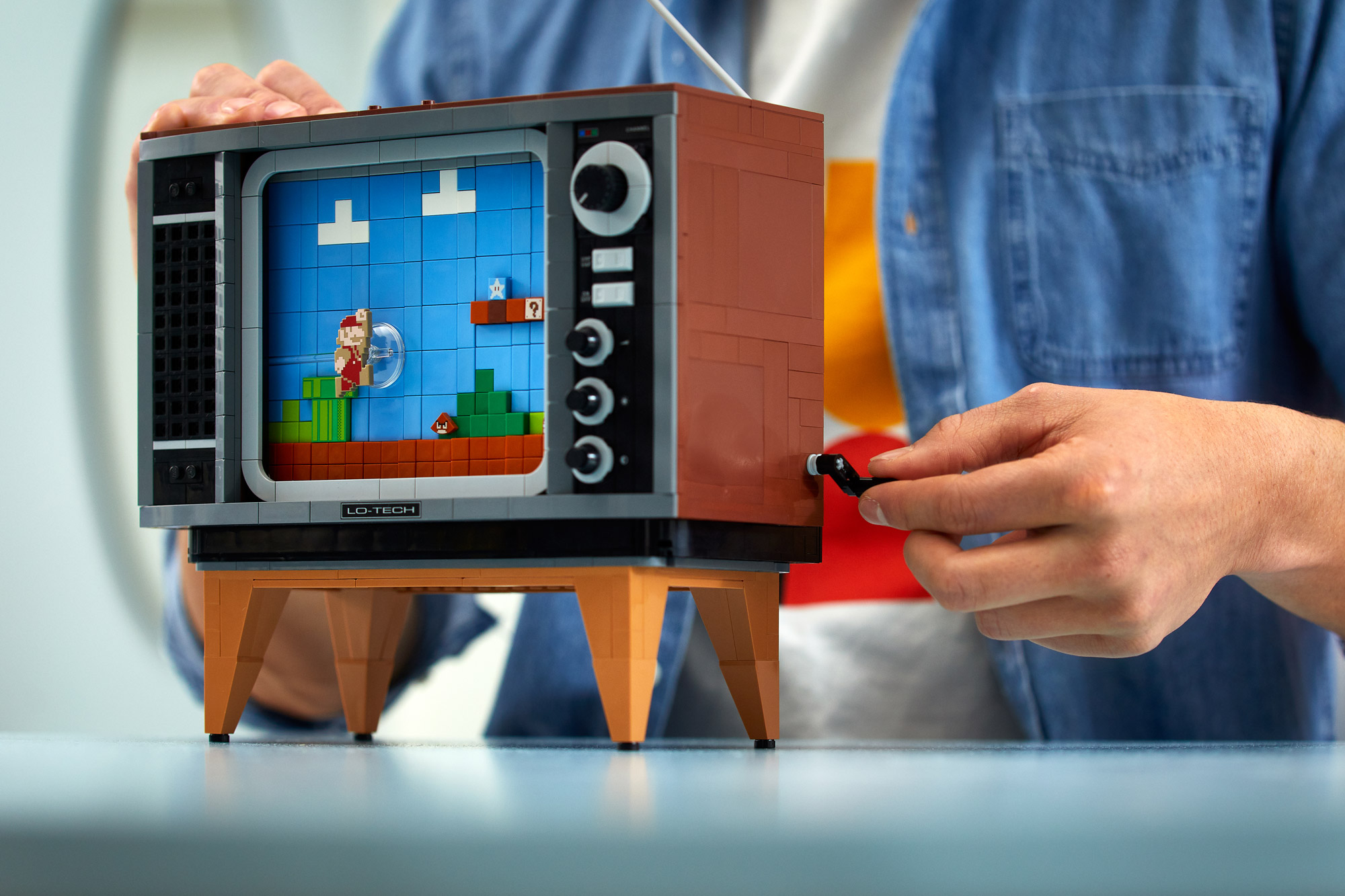 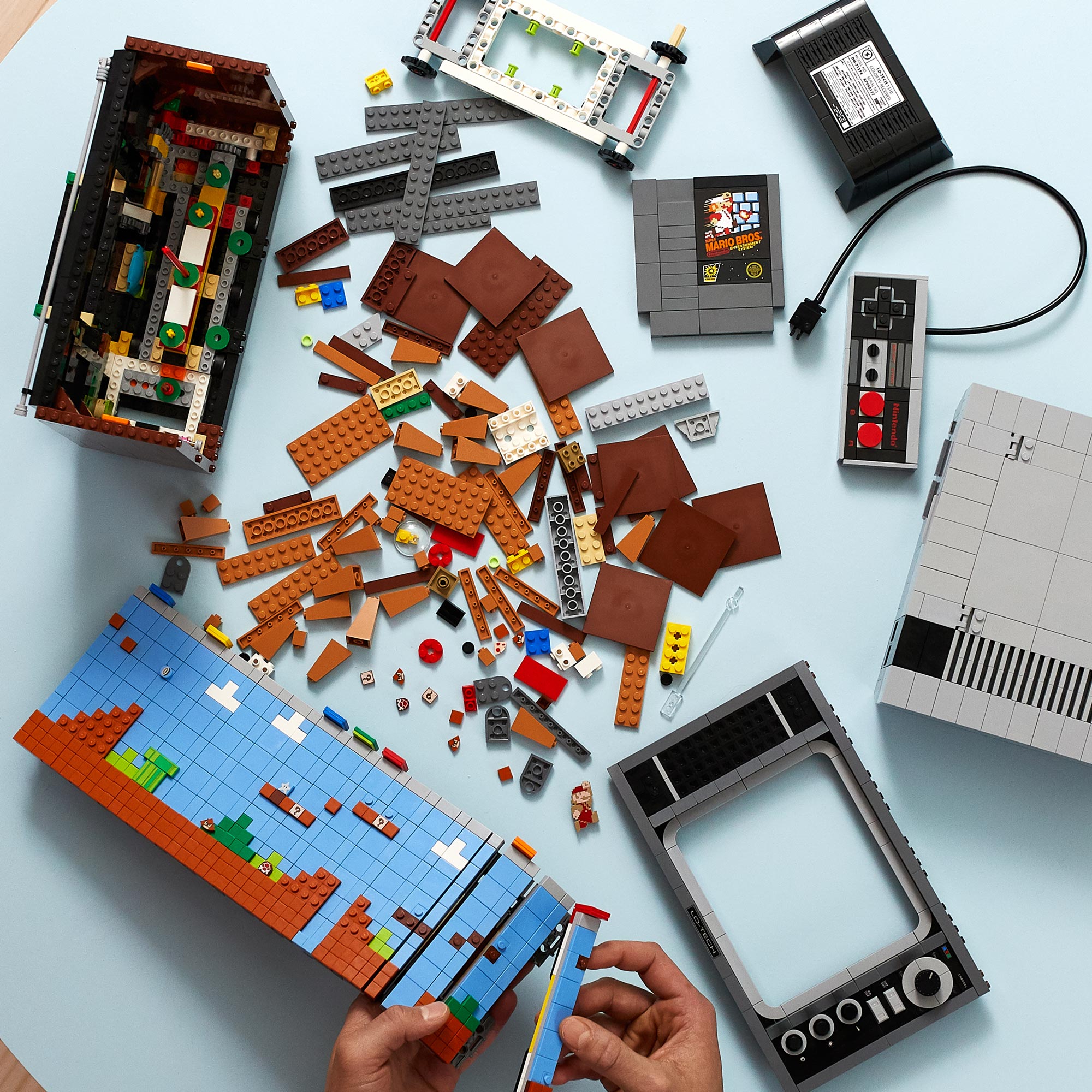 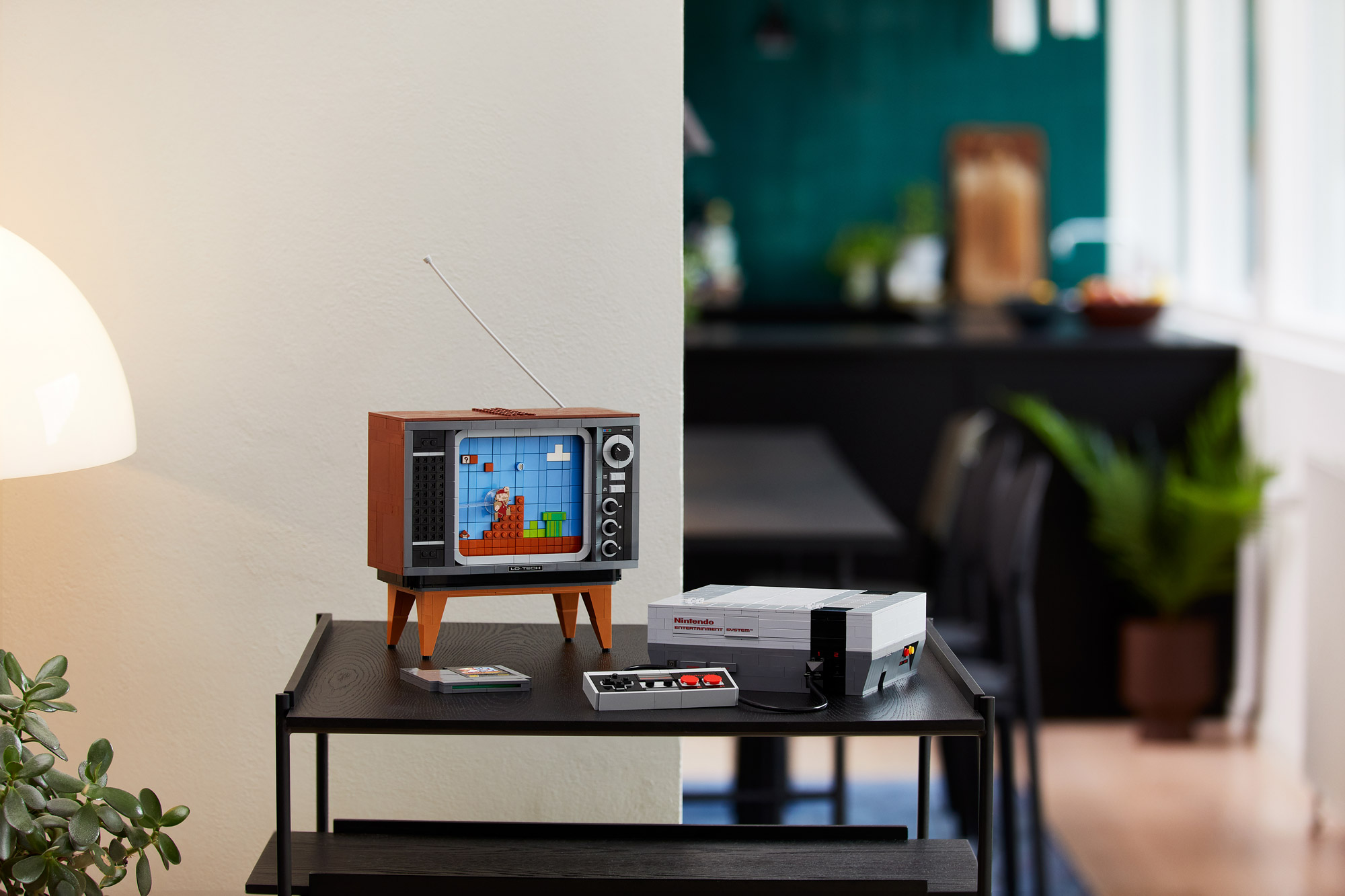 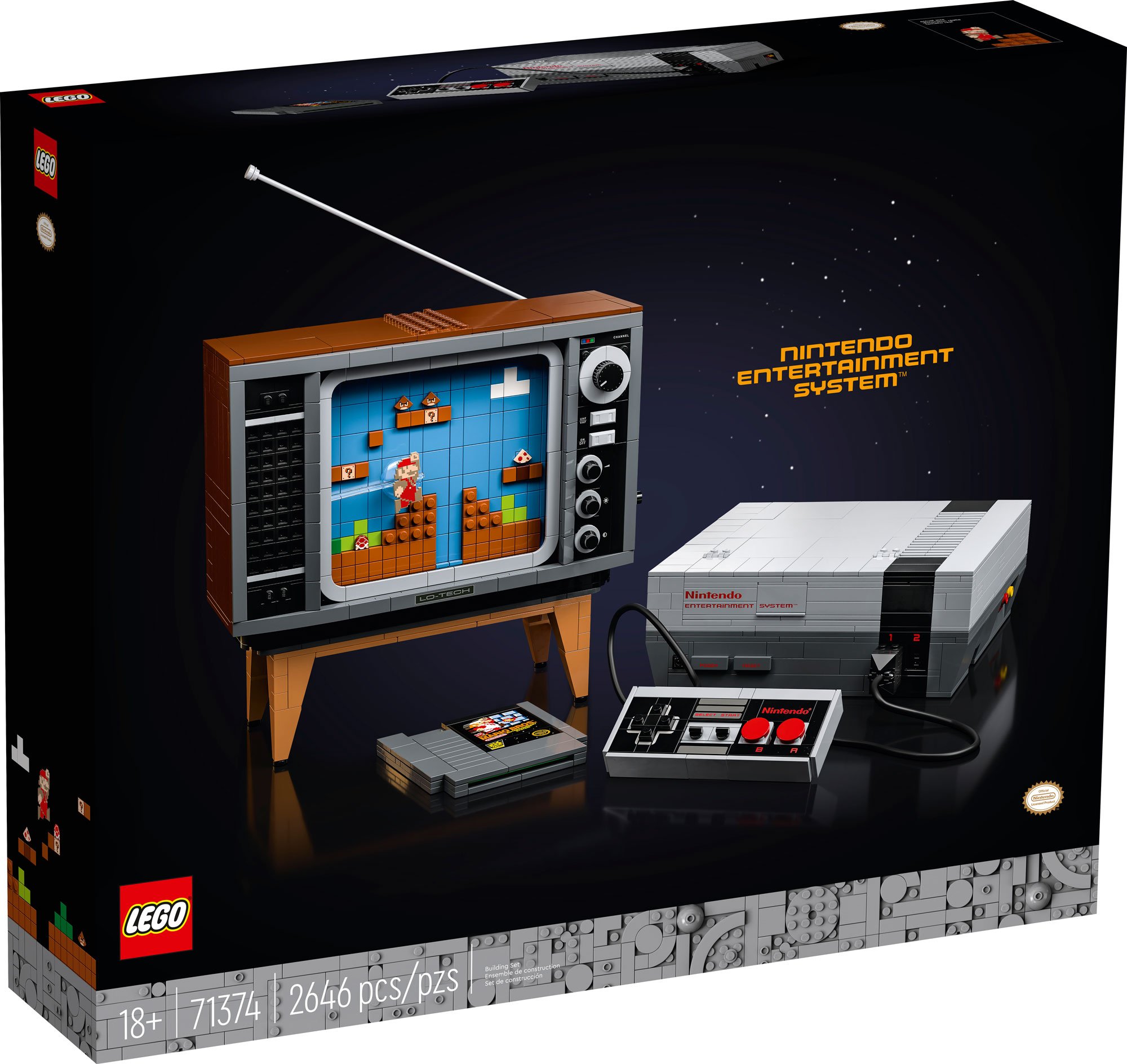 As the figure moves through the stage, players collect coins and jump on familiar enemies like Koopas, Goombas and Shy Guys. The connected Mario figure’s facial expression changes as it’s moved through the level thanks to a built-in display. The figure can also say various Mario catchphrases like “Wahoo!” and “Here we go!”

Almost amusingly, Lego lists its NES set as being recommended for builders 18 years and older.