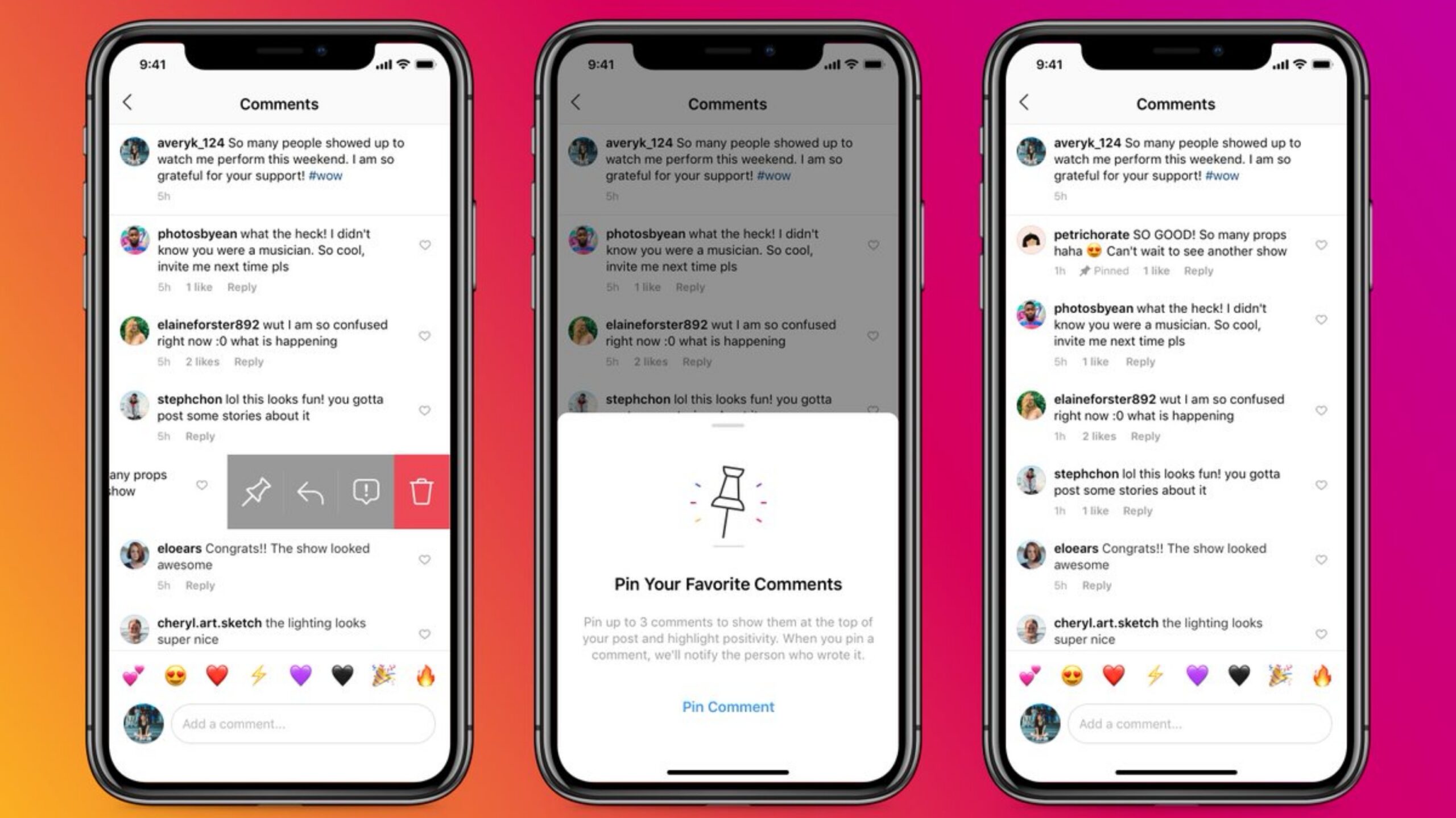 Instagram is officially rolling out pinned comments for all users around the world starting July 7th.

The social media giant says this means that users can now pin three comments to the top of their post to make it easier to manage the conversation.

When you swipe on a comment, you’ll now see a ‘pin’ selection along with the usual reply, delete and report options.

Instagram previously announced that it was going to start testing the feature in May, as part of its plan to fight online bullying.

“This feature gives people a way to set the tone for their account and engage with their community by pinning a select number of comments to the top of their comments thread,” Instagram had said.

The feature is meant to give people a way to amplify and encourage positive interactions. As it began to test this feature, Instagram also experimented with another one that lets users delete comments in bulk and block multiple accounts at once.

Over the past year, the social media giant has been rolling out several features to prevent bullying. For instance, it recently launched a ‘Restrict’ feature that lets users hide comments.