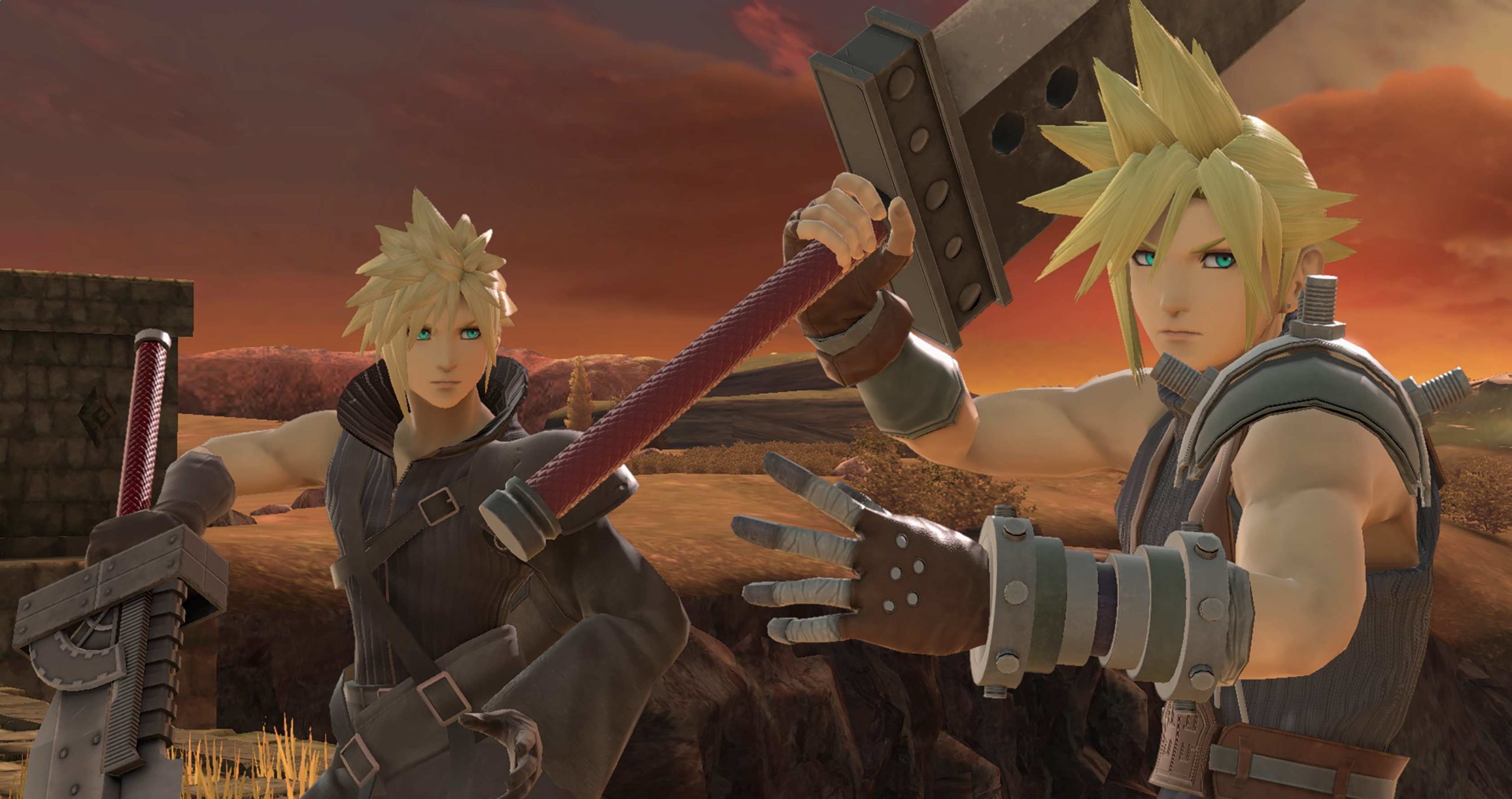 The world kind of sucks right now, so to try to take our minds off that rather depressing fact, we at MobileSyrup want to do something a bit fun and different from our usual tech-focused news coverage.

With most people stuck at home to practice social distancing, we thought it would be enjoyable for us — and, more importantly, useful to you — to share some of the ways we’ve been staying entertained. This will sort of hearken back to our annual ‘Favourite Things’ lists, except the idea is to discuss what we’ve been doing — tech-related or otherwise — that you, in turn, may want to try for yourself.

Without further ado, here are some of the ways I’ve stayed entertained during the pandemic.

I’ve never really been into battle royale games. PUBG held my attention for a bit, but I soon fell out of that, and the likes of Fortnite and Apex Legends don’t do much for me, either.

However, I’ve greatly enjoyed my time in Call of Duty: Warzone, Activision’s free-to-play take on the genre. All told, I’m not a Call of Duty guy, so I can’t speak to how Warzone compares to the battle royale modes or other multiplayer suites found in the series’ traditional, premium-priced games.

Ultimately, though, what I appreciate about Warzone is that it’s very accessible. You don’t have to worry about PUBG‘s jank, Fortnite‘s building mechanic (which I personally hate) or Apex Legends‘ various “hero” classes. Instead, Warzone simply has you land on the map with a pistol and procure weapons, gear and vehicles from there. That doesn’t feel like a chore, either, as Warzone features a streamlined loot system that relegates items to their own inventory slots. In practice, this means that you can only carry a certain amount of each item type. One of my least favourite aspects of other battle royale games is managing loot in the middle of getting shot. Some may feel this adds to the strategy element, but I just find it tedious, so I appreciate Warzone‘s emphasis on keeping you moving.

Meanwhile, a basic currency system, coupled with a Contracts mechanic to incentivize enemy contact through cash payments, ensures that I constantly feel rewarded for exploring and fighting. This is especially useful when my teammates die, as I can save up enough cash to pay to revive them at a Buy Station. Sometimes I don’t even need to do that, though, as Warzone has a brilliant ‘Gulag’ mechanic that gives you a chance to bring yourself back to life.

Upon your first death, you get sent to the Gulag, where you get the chance to face off against one player. Win this and you’ll respawn; lose and you’ll need to be revived. These gladiator-style matches are both thrilling and gratifying, given that they reward skillful play with a revive. My favourite part of the Gulag, though, is that other players waiting in queue to fight can watch the real-time skirmishes below them. In cases where your teammate is fighting, you can call out the enemy’s position (via voice chat) or even just hilariously throw rocks at them to do minimal amounts of damage.

Admittedly, Warzone suffers from a bit of a lack of identity, in that it has a well-designed but rather generic map and fairly bog-standard weapon types that you’d find in many other first-person shooters. Nonetheless, the game came at the perfect time and has scratched a particular itch I didn’t even know needed scratching. I’m looking forward to seeing how Activision supports it going forward.

Call of Duty: Warzone is available on PlayStation 4, Xbox One and PC. 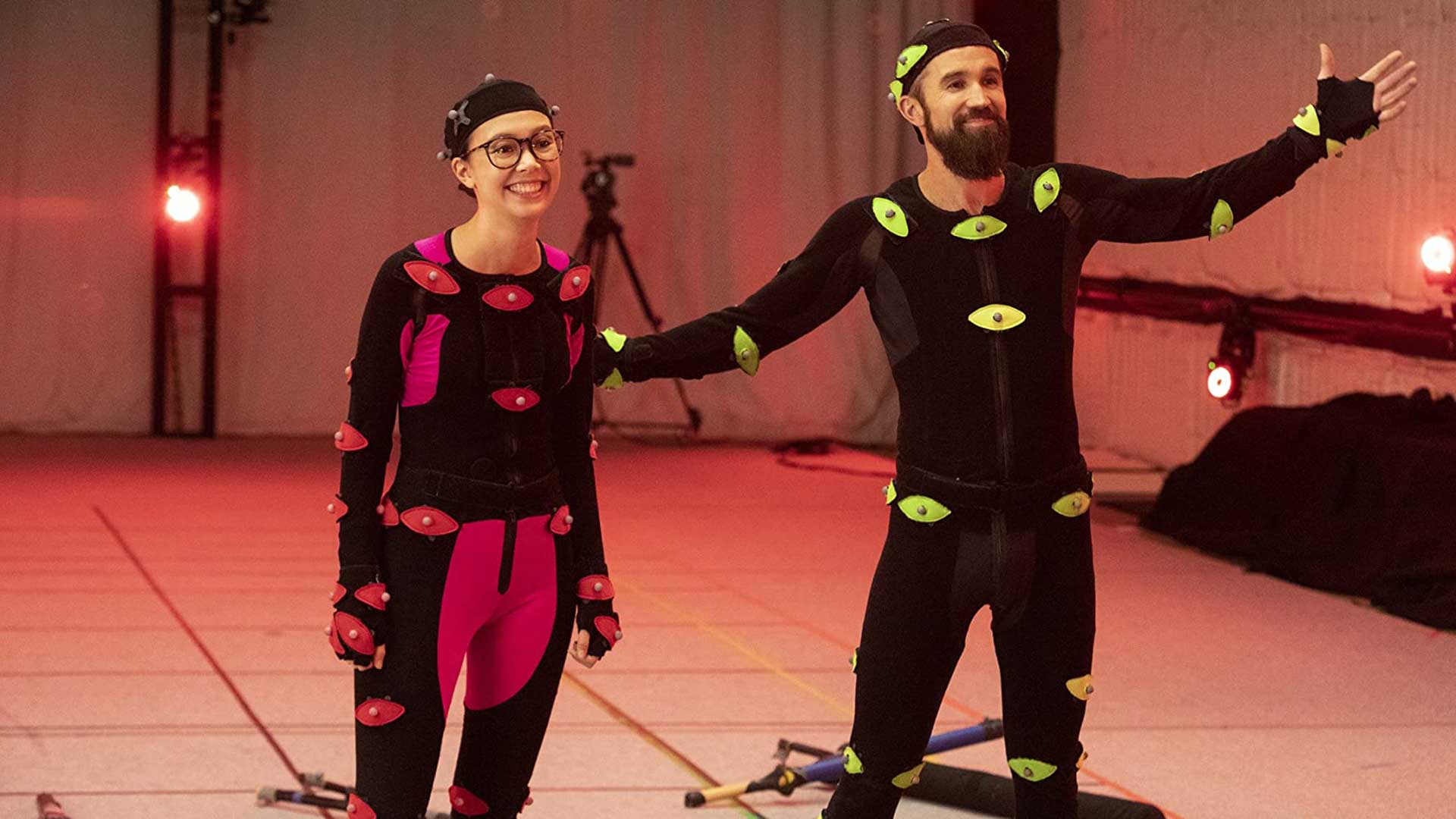 Many of the film and TV industries’ attempts to tackle the world of video games resort in the likes of Super Mario Bros., and Pixels — downright awful “creative” works that misunderstand what makes the medium special.

That’s why it was so refreshing to watch Mythic Quest: Raven’s Banquet, Apple TV+’s recent sitcom about a video game development studio’s efforts to launch and support an expansion to their popular eponymous MMORPG. While MobileSyrup‘s Patrick O’Rourke was a bit more mixed on Mythic Quest, I grew rather fond of it after its short, nine-episode freshman outing.

That’s because Mythic Quest doesn’t feel like an outsider’s view on gaming, which is in no small part due to co-creator/writer/star Rob McElhenney’s close collaboration with game giant Ubisoft, a co-producer of the series.

Therefore, it quickly becomes apparent that McElhenney — as well as fellow It’s Always Sunny in Philadelphia alums Charlie Day and Megan Ganz — have approached the subject matter with their heart very much in the right place. This isn’t some condescending approach where gaming and the “nerdy” people who indulge in it are the butt of some cheap jokes. Instead, McElhenney and his team would rather explore both the highs and lows of game development.

In particular, I was impressed to see the show tackle issues like sexism in the workplace, community manager abuse and streaming culture’s influence on the making of games. All the while, the series doesn’t lose sight of the joy of gaming from the perspective of both the Mythic Quest developers and the fans of their games. And, of course, this is the Always Sunny crew we’re talking about, so you can count on a steady stream of gags and an ever-charming cast to consistently elicit a good chuckled.

Even if you’re not interested in the general premise of the show, I would still highly recommend checking out the series’ fifth (and best) episode, “A Dark Quiet Death.” A mostly standalone episode set years before the events of the main story, “A Dark Quiet Death” focuses on the love story of two up-and-coming game developers. If you told me I’d actually be moved by Mythic Quest, I’d have laughed, but this episode did just that by highlighting the creative, financial and personal struggles behind the art form with surprising nuance and poignancy.

To be sure, whether it’s due to Apple and/or Ubisoft’s influence or simply a general desire to remain lighthearted, Mythic Quest doesn’t delve too far into the dark depths of game development. Still, the fact that a series can bring a few laughs (especially given the state of the world) while helping to shed light on some of the often-overlooked issues of a multi-billion dollar industry is no small feat. I can’t wait to see how the series “levels up” in its second season.

Mythic Quest is included in an Apple TV+ subscription, which costs $5.99 CAD/month.

Retro Replay’s The Last of Us — The Definitive Playthrough

Given the global health crisis, it’s completely understandable if you’d want to avoid a game about a post-apocalyptic world ravaged by an infection from a real fungus. That said, gaming YouTube channel Retro Replay’s playthrough of The Last of Us is an incredible watch if that doesn’t bother you.

Following their Uncharted: Drake’s Fortune run, actors Nolan North and Troy Baker dive into Naughty Dog’s later PS3-era third-person action game, The Last of Us. This time around, the focus is on Baker, who performed The Last of Us lead character Joel, although North does pick up the controller in a few scenes. It’s a thoroughly engaging approach, as it gives Baker a chance to recount some fascinating anecdotes from the development of the game while also showing a gobsmacked North as he experiences some of the game’s most harrowing sequences for the first time.

Further, the always-affable duo takes the chance to bring on pretty much every major player from the game’s sublime cast, including Ashley Johnson (Ellie), Merle Dandridge (Marlene), Annie Wersching (Tess) and Jeffrey Pierce (Tommy). Naturally, each actor brings some engrossing behind-the-scenes stories to the table. All the while, Baker commendably takes the opportunity to shout out all of the actors behind the game’s smaller generic enemies as they pop up. The 16-part playthrough culminates in a captivating reflection on the game’s legacy between Baker, North, Johnson and TLOU writer and creative director Neil Druckmann.

In film and TV, we normally see actors’ names being thrown around a lot, but that same recognition doesn’t usually extend to performances in gaming. The Last of Us — The Definitive Playthrough is an excellent way to shine some light on the brilliant work of this historically under-appreciated talent while offering intriguing perspectives on a beloved game.

I was always planning to include this playthrough in my quarantine activity roundup, but it’s especially relevant given the recent news that The Last of Us Part II has been delayed indefinitely due to COVID-19. Therefore, if you’re like me and have a TLOU-sized hole in your heart, you’ll definitely want to check this out.

Every time I boot up Super Smash Bros. Ultimate, I try to take a moment to appreciate just how special it is. What legendary developer Masahiro Sakurai and his team have created transcends a mere fighting game crossover to become a celebration of the medium itself.

That feeling of wonder is never lost on me, and in these trying times, I’ve especially looked for comfort in the unadulterated magical feeling that Smash can provide. With a lineup of 75 fighters (and counting!) who almost all have unique playstyles, Smash truly has something for everyone. As a result, playing online won’t ever get old to me, since I can never anticipate what fighter/stage/song/ruleset matchup I’ll get.

The best part of the Switch is its portability, so I often play a few matches of Smash online before bed (or, conversely, if I unintentionally wake up early) with the system in handheld mode. What’s more, the fact that I can play as Cloud — the hero of Final Fantasy VII, my all-time favourite game — is just a childhood dream come true.

That’s what makes Smash so incredible. If you have fond memories of Nintendo franchises like Zelda, Mario, Pokémon and Metroid, or even third-party series like Dragon Quest, Sonic the Hedgehog, Street Fighter, Castlevania or Banjo-Kazooie, there’s at least one fighter here for you. Some characters are no doubt less exciting than others (looking at you, yet-to-be-confirmed DLC fighter from Arms, which is easily the single most uninteresting new addition yet). But with so many awesome fighters hailing from all corners of gaming, it’s hard not to be very satisfied with the roster.

I also took part in a ‘social distancing’ online tournament with dozens of members of the ‘Kinda Funny’ community. While I was knocked out around the halfway point, it was still a fun experience. Whether you have that many people willing to take part in a tourney, or a few friends to join a private lobby, or even just play with randoms online, Smash is always an excellent gaming option.

Super Smash Bros. Ultimate is available on the eShop for $79.99.