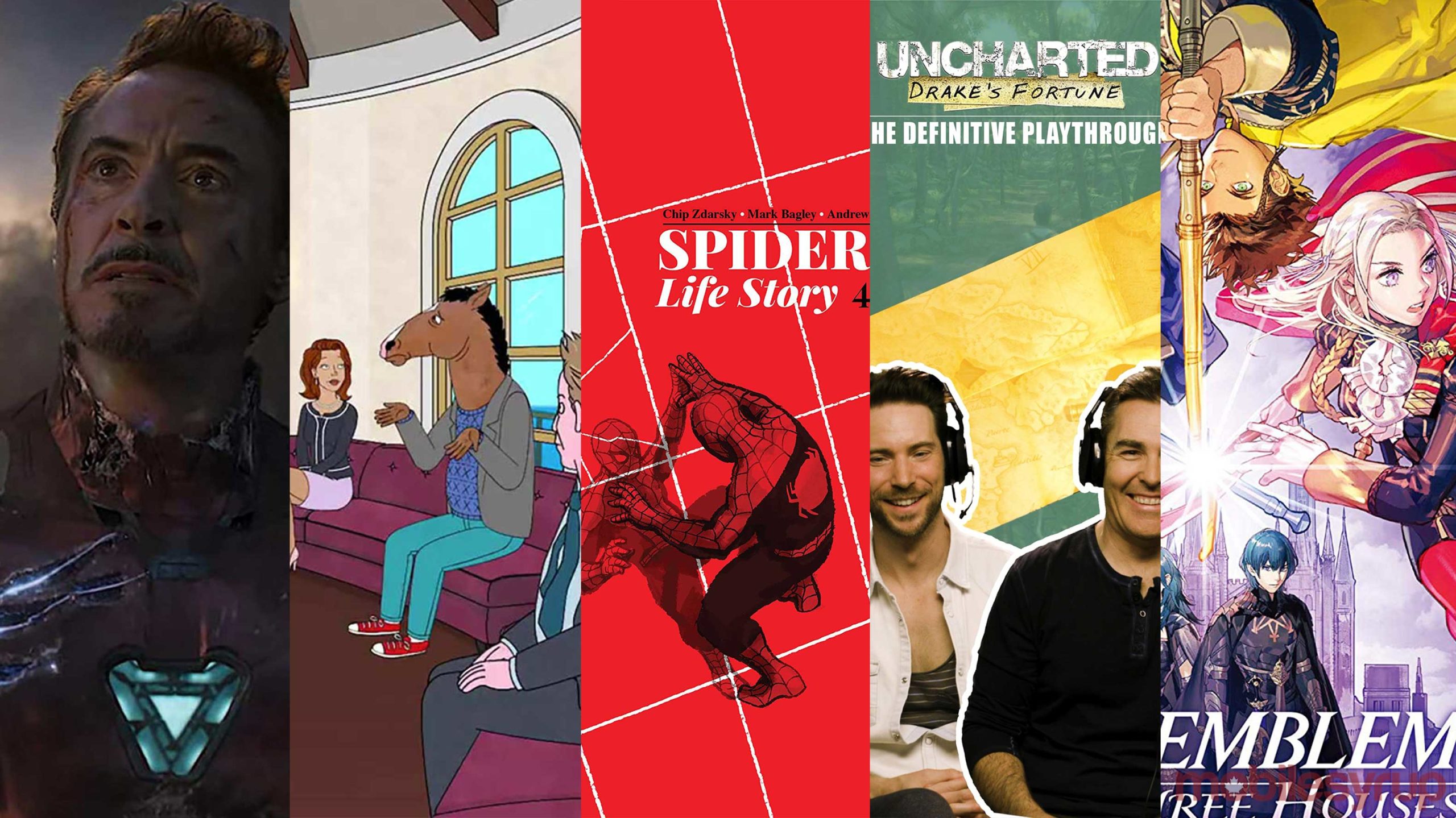 Most notably, I got to go on some incredible work trips to the likes of the Game Developers Conference in San Francisco, Electronics Entertainment Expo in Los Angeles and Gamescom in Germany. As a kid who grew up reading about these events in Game Informer magazine, it really was a dream come true to be able to cover them for work.

Meanwhile, I teamed up with two friends to host our first-ever 24-hour Extra Life stream to raise money for Toronto’s SickKids Hospital. In the end, we raised just over $700 CAD, which I’m immensely proud of achieving.

I’m endlessly grateful for the year I’ve had, and that’s only counting what I’ve been fortunate to do. I’m also truly grateful for the wonderful entertainment that creators put out into the world in 2019. Whether it was occupying my time while flying, bringing me together with friends and family or helping me deal with some difficult moments, I could count on new art to enrapture me.

With that in mind, here are my five favourite things of the year, broken into categories to keep things interesting. For what it’s worth, I’ve also listed four honourable mentions per category to round out my ‘top 5’ for each.

*Major spoilers below for the five people who haven’t seen Avengers: Endgame* 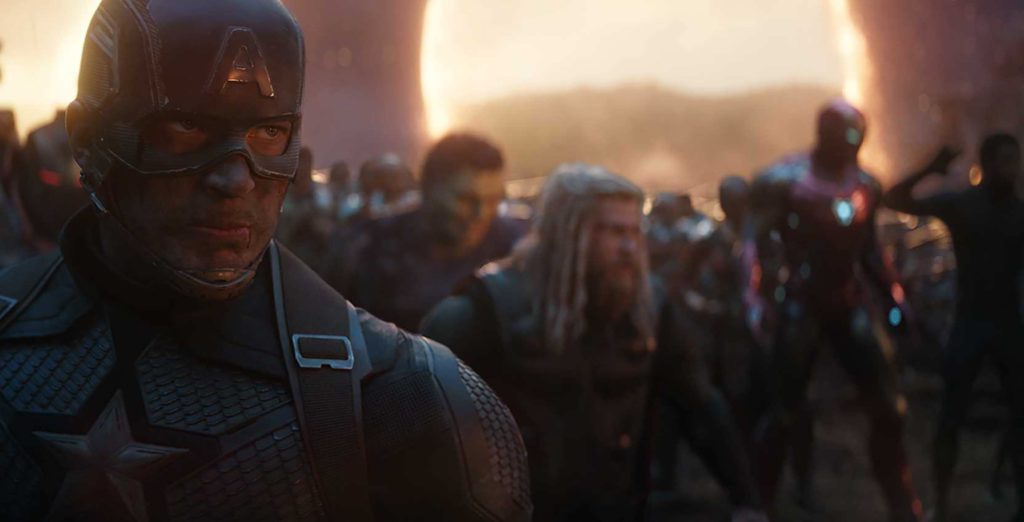 Wrapping up a long-running, beloved pop-culture franchise in a satisfying way is difficult. Just look at the abysmal Game of Thrones Season 8 and Star Wars: The Rise of Skywalker. That’s why Marvel Studios’ Avengers: Endgame is such an achievement. Despite the seemingly impossible task of bringing together dozens of characters and plot threads spanning a staggering 21 films, directors Anthony and Joe Russo and screenwriters Christopher Markus and Stephen McFeely deftly stick the landing with this thrilling, emotionally-resonant concluding chapter in the Marvel Cinematic Universe (MCU).

Unlike the litany of contrivances and hollow fan service that make up The Rise of Skywalker, practically every major moment in Endgame feels earned — each a fitting payoff to compelling arcs that were carefully plotted throughout the earlier films. Of course, there’s the beautiful parallels of Iron Man and Captain America’s respective stories, with the former nobly giving up the idyllic life he never thought he could have, and the latter understanding that he can finally hang up the shield and be with the woman he loves.

But that’s to say nothing of Scott Lang’s lovely reunion with his aged daughter, Black Widow and Hawkeye’s touching final scenes together or Nebula’s efforts to end her family’s cycle of abuse, among many other great subplots. Hell, the filmmakers even managed to take beats from Thor: The Dark World — widely regarded as the weakest entry in the MCU — and weave them into Thor’s surprisingly poignant struggle to overcome his depression and learn to accept himself.

All of this comes together in an incredible final battle that’s lovingly plucked from the comics I devoured as a kid and a profoundly moving funeral for Tony, the beating heart of the entire MCU. I’d be lying if I said I wasn’t balling throughout. To be sure, a movie this massive doesn’t come without its issues. Chief among them are Hulk’s previous five-film arc being resolved offscreen and some convoluted time travel shenanigans. Overall, though, Endgame is both a brilliant finale to an unprecedented cinematic journey and a strong starting point for the next era of the MCU.

Honourable mentions: A Beautiful Day in the Neighbourhood, Jojo Rabbit, Parasite and Spider-Man: Far From Home 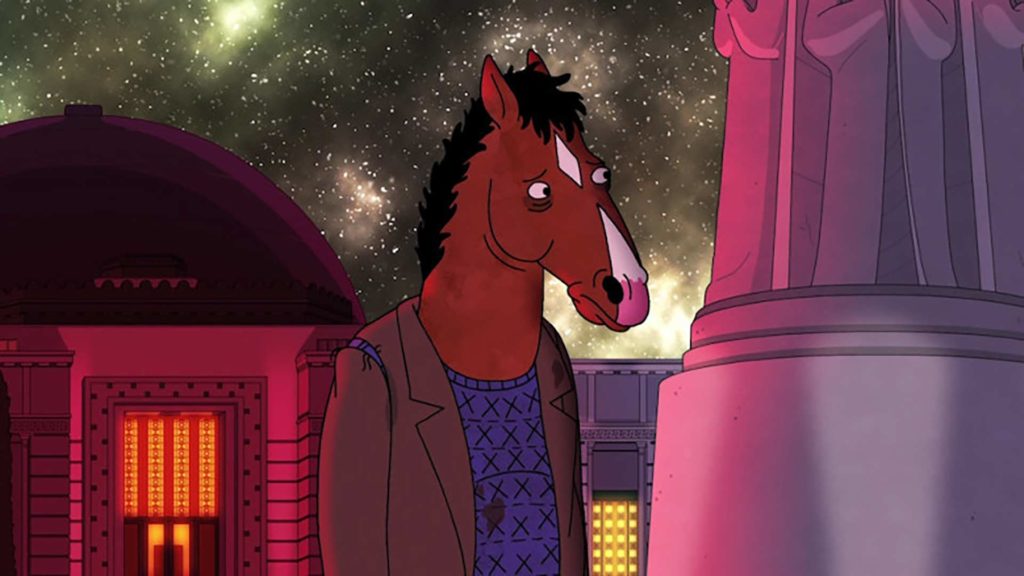 This year, I made point of watching as many movies as I could. I ended up at just over 80, which I’m pretty satisfied with. On the flip side, this limited my TV consumption, meaning that I never got around to a bunch of shows I’m sure I’d dig, such as Russian Doll, Watchmen, Euphoria or Barry.

However, at the suggestion of a friend, I binged all five seasons of BoJack Horseman, as well as the first half of the sixth and final season, which released at the end of October. To my surprise, the series will go down as one of my absolute all-time favourites. While some might say it’s cheating to include half of a season here, that’s still longer than some mini-series or other shows’ full seasons, and BoJack‘s eight most recent episodes have nonetheless stuck with me immensely.

That’s because they’re all about slowly paying off character arcs set up in the preceding five seasons. As always, BoJack excels at depicting the deep flaws of its characters that make them eminently relatable. We see that here has everyone tries to break away from the codependency that in many ways defined them up to this point. It was truly rewarding to see BoJack begin the painful steps of rehab, Diane and Mr. Peanutbutter explore new relationships and Princess Carolyn try to reconcile her workaholic tendencies and raise a child. After five seasons with these wonderfully well-realized characters, their growth almost evokes the same sort of proud feeling you’d get seeing your own friend or family try to improve their own lives.

That’s not to say that everything was wrapped up with a neat little bow, though. A lot of seeds are planted here for the latter half of the final season, including, most notably, a major bombshell that threatens to upend the new status quo. Will BoJack and friends finally be able to conquer their inner demons and find true happiness? It’s hard to say at this point, but regardless, I can’t wait to find out on January 31st when this phenomenal series comes to its inevitably bittersweet end.

Honourable mentions: The Boys (Season 1), DC’s Legends of Tomorrow (Season 4), The Mandalorian (Season 1) and You (Season 2) 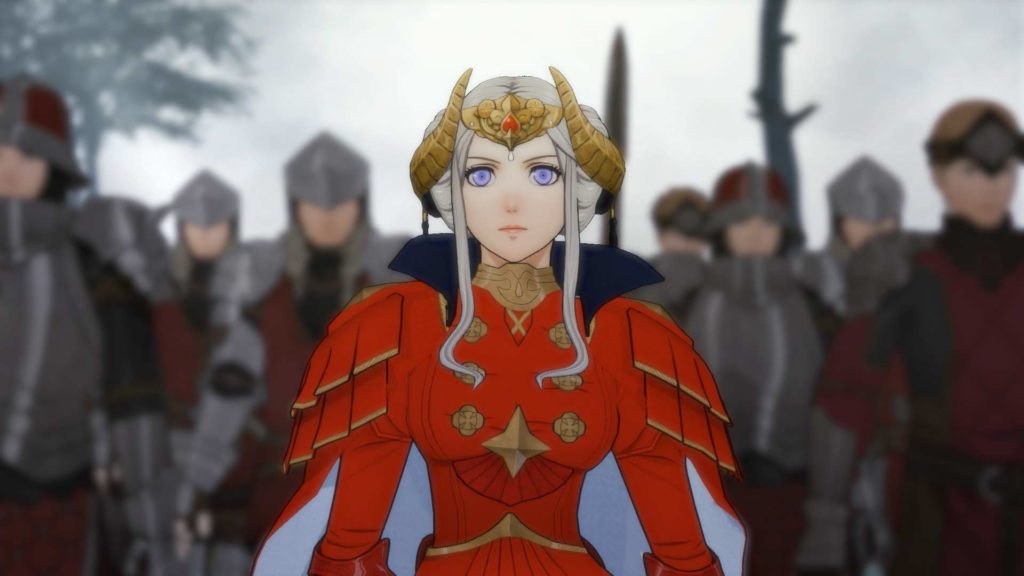 The best video games are often the ones that take full advantage of the medium to offer a multi-layered experience that you truly can’t get elsewhere. In 2019, this was best exemplified by my personal Game of the Year, Intelligent Systems and Koei Tecmo’s Fire Emblem: Three Houses.

What I love most about the tactical RPG Switch exclusive is how effectively it takes advantage of its simple premise for both gameplay and narrative depth. As a professor, much of your time is spent teaching your students and deepening your bonds with them. At first, each character seemingly fits into an archetype, like the stoic warrior, awkward recluse or suave ladies man, but you’ll soon find out that they all have rich, intertwining backstories.

Moreover, Three Houses doesn’t shy away from the psychological impact the war has had on these kids, with many of the cutscenes illustrating the ways in which they try to cope with their trauma. In many cases, this boils down to some profoundly tender moments between students, which made me fall in love with them all the more. All throughout, strong writing and vocal performances help sell you on each character’s journey.

This makes it all the more difficult when you have to take your students onto the battlefield, where death is permanent and you risk losing them forever. Having that thought in the back of your head is effective in making the already excellent strategic combat feel all the more tense and meaningful. It’s a superb demonstration of the power of gaming — a perfect marriage of narrative and gameplay to create an incredibly unique experience.

Now if you’ll excuse me, I have a class to teach. 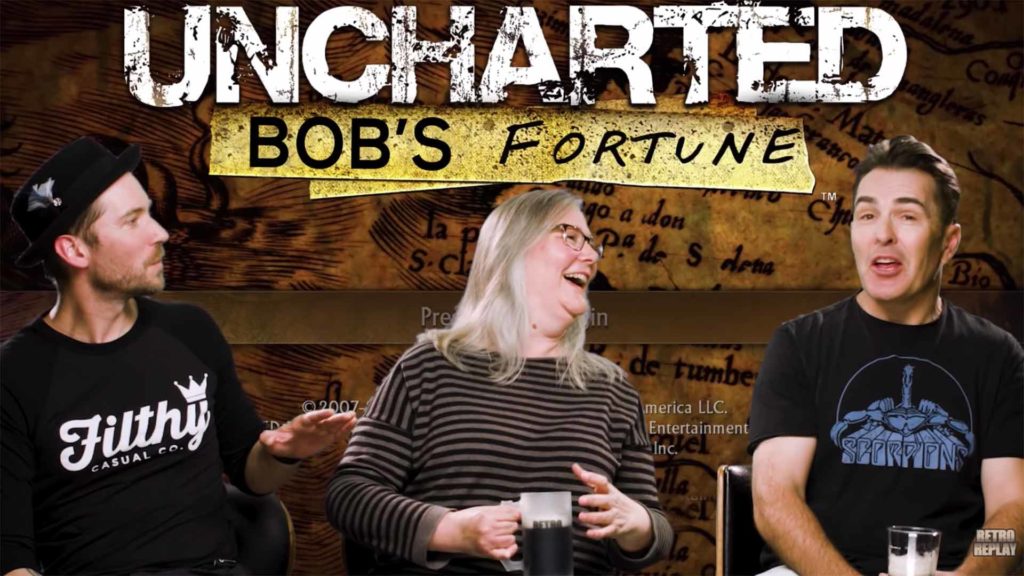 I don’t typically enjoy watching people play games. The whole point of the medium is its interactivity, so I’d much rather spend that time actually playing myself. I appreciate that others are into the whole ‘Let’s Play’ scene, but it’s just not for me.

However, there is one Let’s Play that I absolutely adore — Retro Replay, which sees beloved voice actors Nolan North and Troy Baker hop into older video games. Earlier this year, the pair thought it would be cool to play through a game that’s near and dear to both of their hearts — 2007’s Uncharted: Drake’s Fortune. Or rather, let fans see the inexperienced gamer that is Nolan hilariously fumble his way through the endearingly dated mechanics of Naughty Dog’s original Indiana Jones-inspired action-adventure title.

What I love about their 16-part Uncharted: Drake’s Fortune — The Definitive Playthrough is that it’s wholly unique in the Let’s Play space. In Nolan, we get the insight of the man who brought Nathan Drake to life and all of his fascinating anecdotes about the making of the game. In Troy, we get someone who also deep knowledge of how games are made — and even had a major role in the two most recent Uncharted games — but was not involved in Nathan Drake’s first adventure and, therefore, approaches the playthrough from the perspective of an inquisitive fan.

But my favourite part of the whole series is undoubtedly the final episode, which sees Uncharted creator Amy Hennig join Nolan and Troy to reflect on their entire playthrough, and by extension, Naughty Dog’s development of the game as a whole. Hennig unfortunately left the studio under murky circumstances before she could finish working on what would eventually become Uncharted 4: A Thief’s End, so it was heartwarming to have her join Nolan and Troy to fondly look back on the original game.

The Uncharted series is one of my favourites in all of gaming, and Retro Replay’s playthrough was a delightful and sentimental love letter to where it all began. The fun doesn’t stop there, though. The guys are also well into their playthroughs of Uncharted 2: Among Thieves and The Last of Us (the latter starring Troy), which are two of my top ten favourite games of all time. I didn’t want to include these series here since they’ve yet to complete either game, but they’re definitely more great content to look forward to in the weeks to come.

Honourable mentions: ‘The Jimquisition”‘ by Jim Sterling, IGN Unfiltered hosted by Ryan McCaffrey, ‘One Marvelous Scene‘ (from various YouTubers) and “We Have Cool Friends” by Kinda Funny 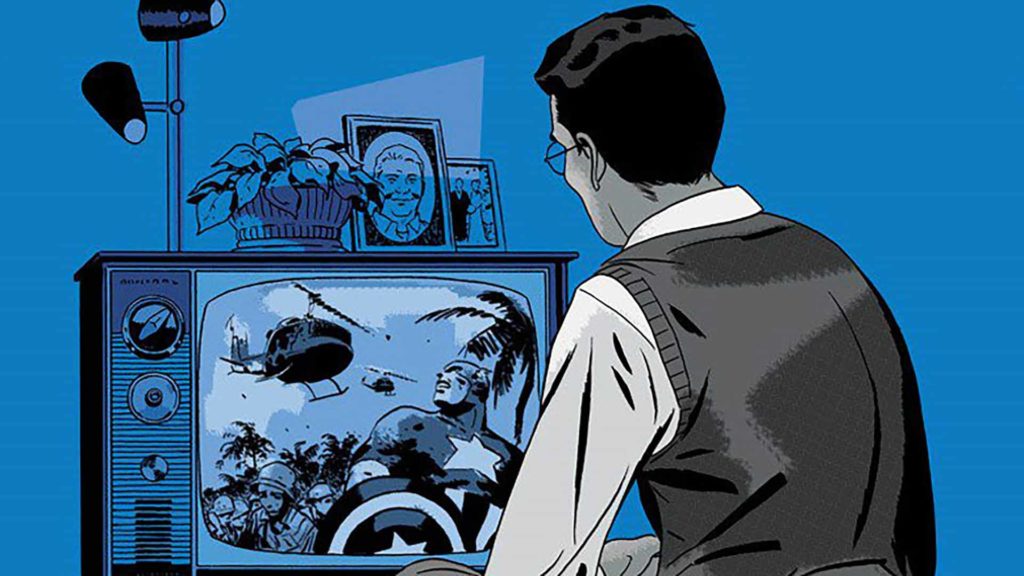 Forget the weird passage of time that’s commonplace in comic books: what if Spider-Man aged as we did throughout the years? That’s the simple yet clever premise of Spider-Man: Life Story, a six-issue standalone comic from Edmonton’s own Chip Zdarsky (Peter Parker: The Spectacular Spider-Man) and veteran Spider-Man artist Mark Bagley.

Notably, Life Story takes the webslinger on an emotional roller coaster through his teens in the 60s all the way to 2010 as a septuagenarian. This is particularly effective for a number of reasons. For one, it examines the psychology of an all-too rare older version of Spider-Man and showcases a new side of Bagley’s sensational artistic abilities.

Further, Life Story also cleverly picks apart Peter’s “with great power, comes great responsibility” mantra with respect to the ever-changing world around him. Does 16-year-old Peter — with all of his great power — have the responsibility to step away from New York and help out in Vietnam, especially when his classmates are doing just that? Should a middle-aged Peter use his genius to make incredible scientific breakthroughs for the world, knowing how dangerously similar tech been used before? How does Peter balance his responsibilities as a businessman, husband and father and superhero?

At the same time, Zdarsky and Bagley have a lot of fun offering up different takes on iconic Marvel stories like Kraven’s Last Hunt, Secret Wars, Civil War and even the infamous Clone Saga. All of this comes to a head in the heartwrenching final issue that reflects on Spider-Man’s lasting legacy and is sure to bring a tear to every fan’s eye. Stan Lee and Steve Ditko would be proud.

Honourable mentions: “Dear Player: I love you, let’s talk” by Jennifer Schuerle, “How BioWare’s Anthem Went Wrong” by Jason Schreier, Star Wars: Knights of the Old Republic by Alex Kane and “What Would Mr. Rogers Do?” by Tom Junod.

Uncharted: The Lost Legacy is set to drop on August 22