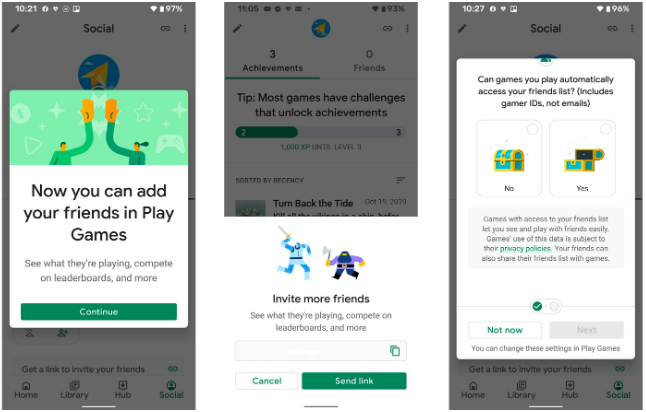 The Play Games social section makes it easier to compare your achievements and the games you play with your friends.

When a user first logs into Google Play Games and taps on the Social tab, they’ll receive a couple of pop-ups. The first notifies that they can add their friends so they can play together. After pressing ‘Continue,’ the next pop up showcases privacy options and the choice to let games access their friends’ list.

After the user saves their selection, they can invite friends via a link or the suggestions shown within the Friends tab. Once the user has friends and taps on the Friends list, they can compare levels and see the games they played last. Furthermore, any mutual games are shown in a nearby section.

Additionally, entries have download and Google Play Store links depending on if you’ve installed the game on your device.

It’s worth noting that this is a server-side update, which means not everyone will get the new social features at the same time. This feature was previously leaked back in March.