If you want to play online or with someone you're socially isolating with, this guide can help 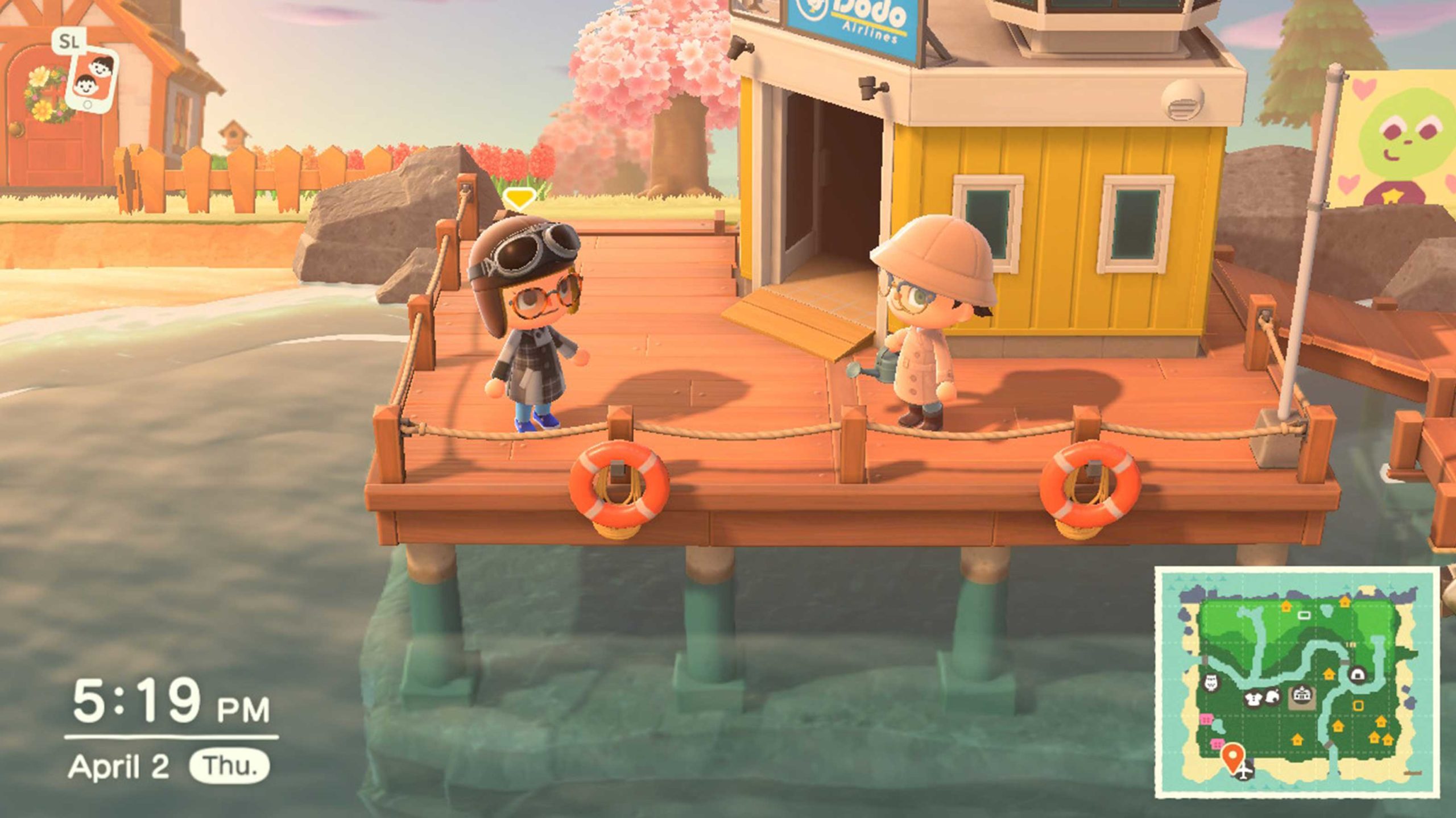 If you’ve been playing Animal Crossing: New Horizons, by now, you’re likely starting to realize that there are tons of other people stuck at home just like you, itching to visit new islands. If you have multiple people who live on your island, you can also play with them through local co-op.

On the other hand, if you’re starting the game for the very first time, try this guide of beginner tips and tricks instead. 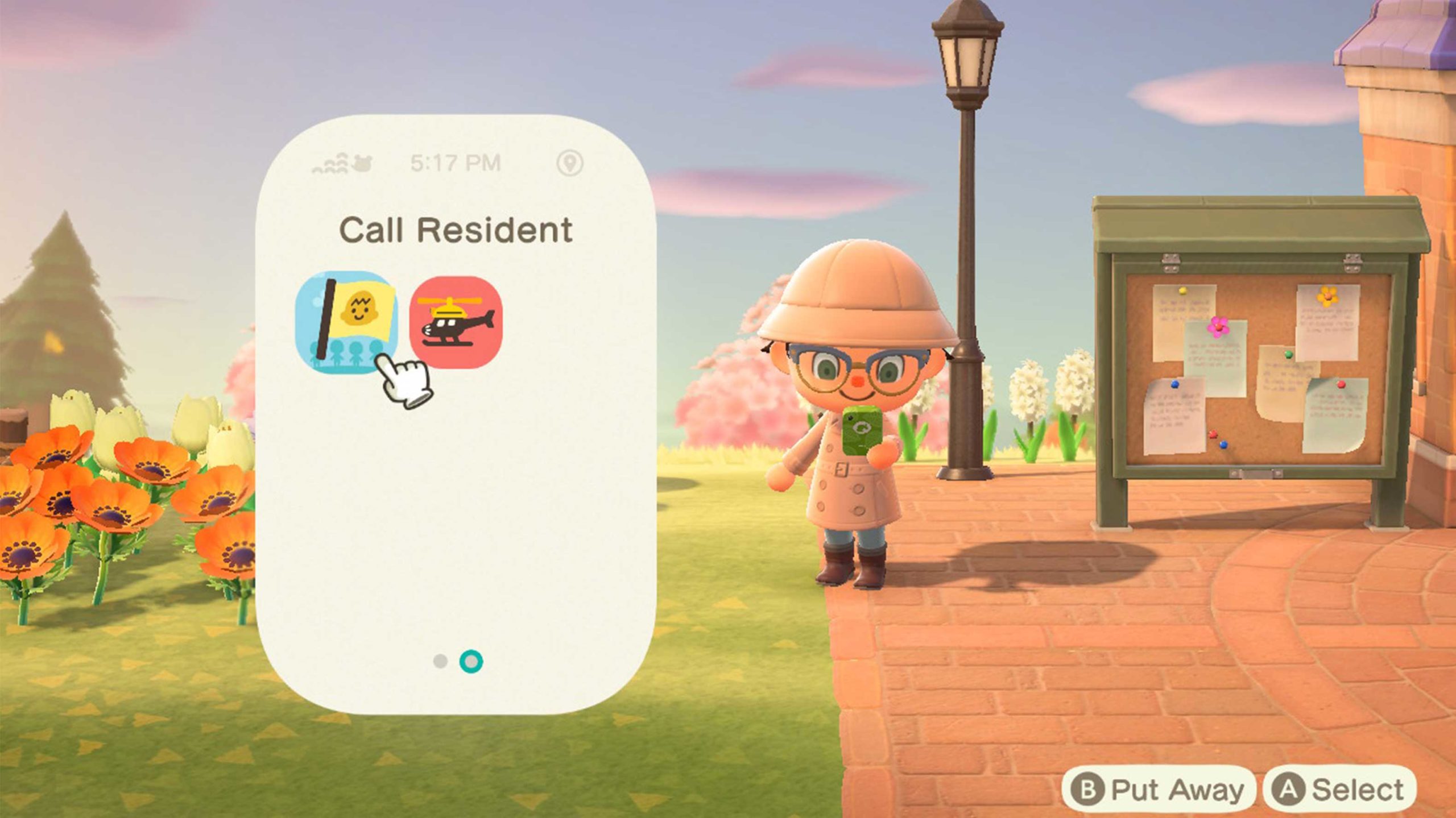 Playing with up to four friends that live on the same Animal Crossing island as you is actually pretty easy. First, you need to make sure that you’ve both completed the first tutorial with Tom Nook and received a Nook Phone.

Once you have the phone you can pop it open and navigate to the ‘Call Resident’ app to contact the person you want to play with.

From there, you’ll need to assign a controller to each player. If you’re using two Joy-Cons, you need to hand each player one. Then, when then game asks, hit both of the shoulder buttons on your controller. 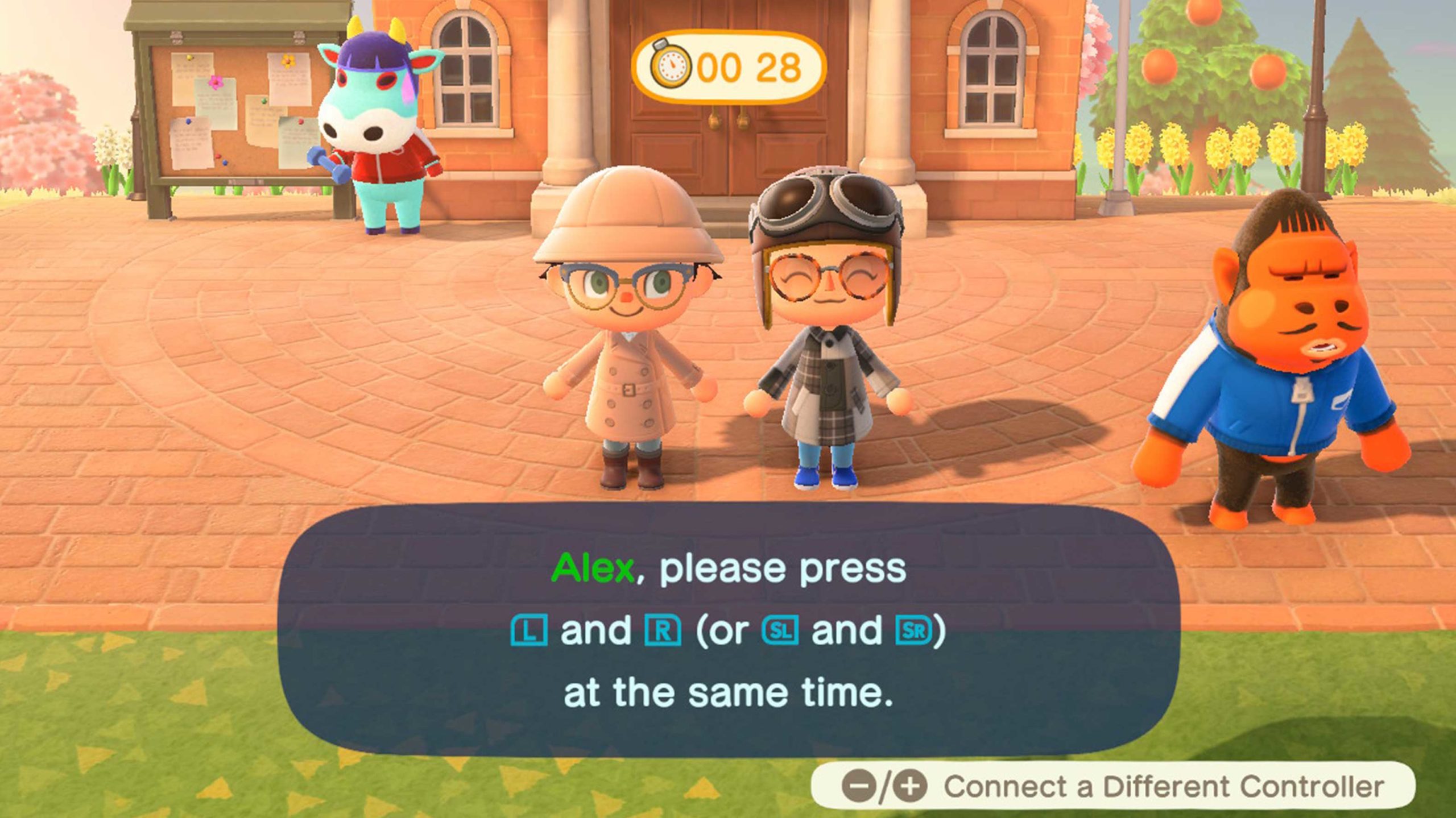 Now it’s time to play, but you’ll notice there are some restrictions limiting the second player’s controls. During local island multiplayer one player is the ‘Leader’ and the other is the ‘follower.’ The leader can play the game normally, but the follower is restricted to their tools, emotes and picking things up. However, whenever they do pick anything up or catch a critter, it teleports to the ‘Recycle Bin’ in the ‘Residents services’ area.

That said, you can easily swap the leader, so two players can work together. To swap, all you need to do is shake your controller. The other option is to open the Call Resident app again and choose the ‘Change Leader’ option.

This option makes playing the game a lot more fun, and you can bank up a lot of bugs and fish with two people both catching them at the same time.

There are some limitations when you play this way. For instance, you can’t play online with other people or visit the Nook Miles island. 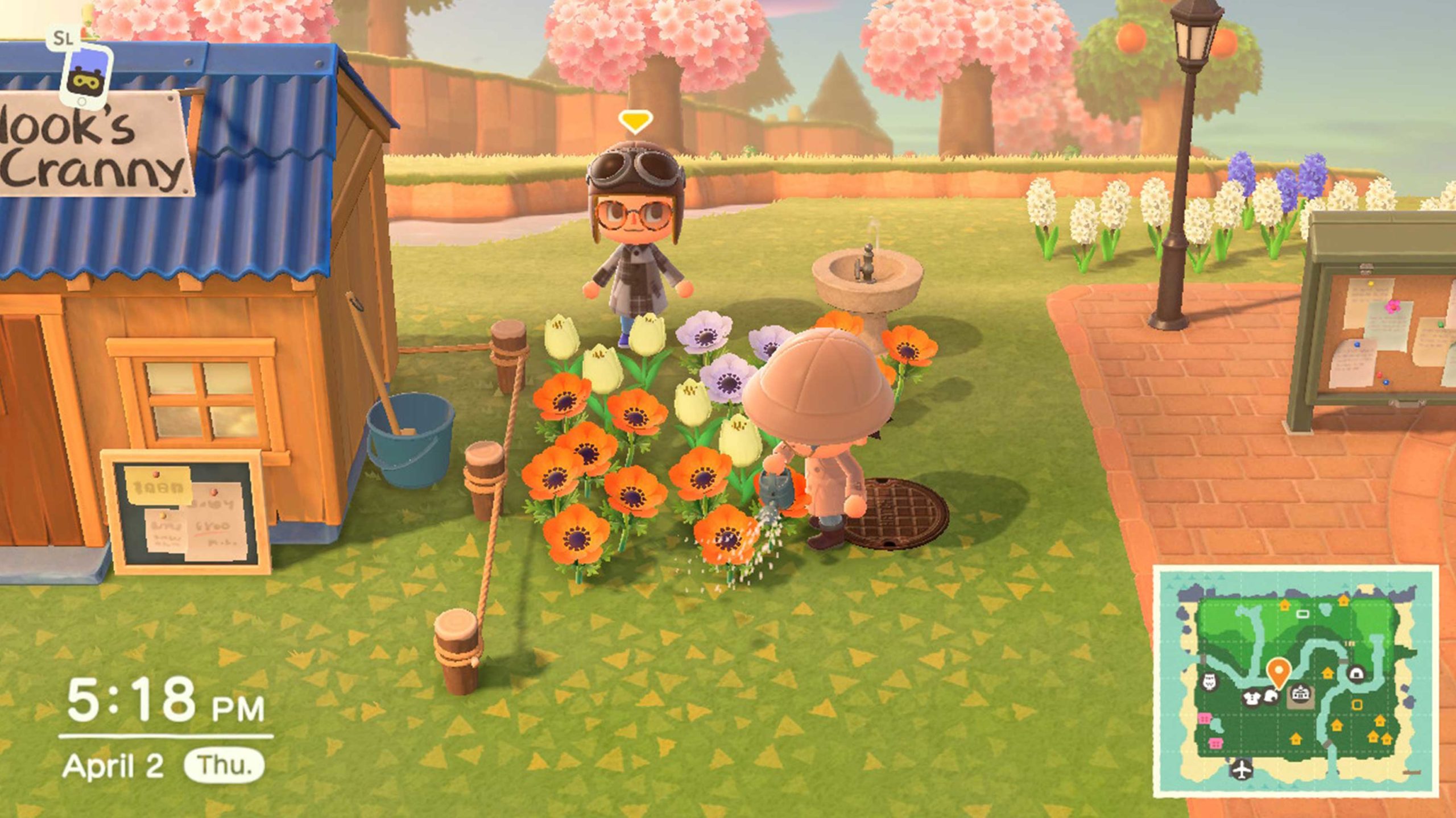 Wireless multiplayer allows up to eight people to play the game as the Leader at the same time. This online mode also lets you visit players’ islands even if you’re not invited.

Before explaining what you can do when playing with friends I need to outline the two forms of wireless multiplayer. Local Wireless allows you to play with other people who have their Switch consoles in the same room as you.

Online Wireless lets people play together over the internet, but for this, you need to have a Switch Online Membership, which costs a monthly fee of $5 CAD or $25 per year. You also need to add your real-life friends to your Switch’s ‘Friend List.’ This is done through your player profile on the top left corner of the Switch home screen.

If you’re playing online multiplayer, you can download the Nintendo Switch Online app (iOS/Android) to unlock a voice chat feature and a mobile keyboard for typing messages. 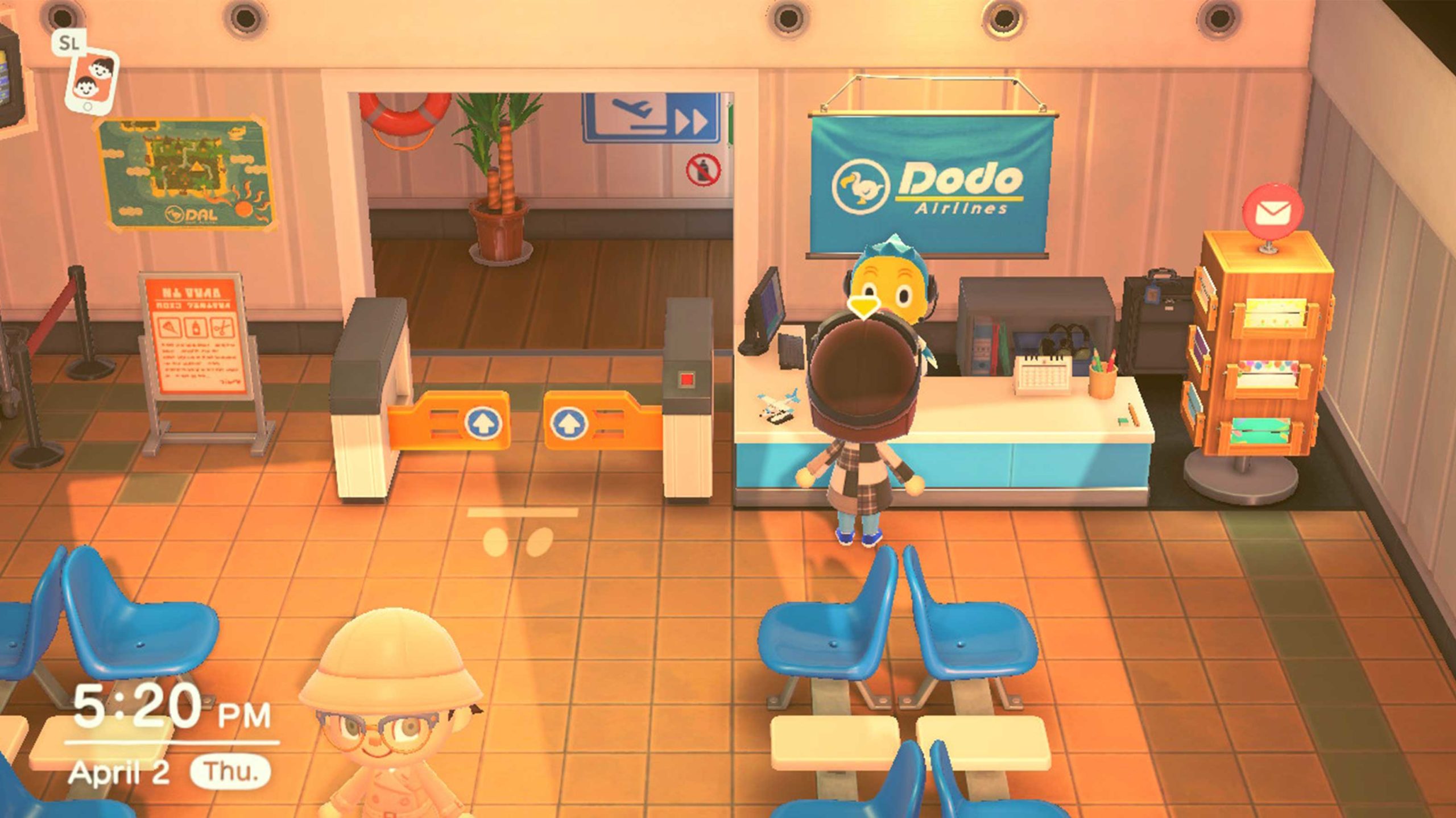 To begin a local wireless session you need to be within a few feet of your friends and their consoles, then head down to the ‘Airport.’

Online Wireless launches in roughly the same way, but you need to make sure you and your friends have Switch Online memberships.

If you’re hosting pals on your island, you need to choose ‘I want visitors.’ If you’re visiting someone else’s island, select ‘I wanna fly.’ The following questions ask you if you want to play with nearby friends or people via the internet.

Hosts have the option to open your town gates to everyone or set a special code so only specific people can visit you. Most local play sessions won’t have random people nearby to break into your island, so if you’re at home, you are probably okay to leave the town gates open.

If you’re going to visit an island, Orville, the front desk worker, will search for a local island. If he finds one with open gates you can join right away. If that town requires a code you’ll need to input it before you can fly over.

What are ‘Best Friends?’

Best Friends can send each other in-game messages when they’re both online along with a few other perks. On most islands, you can’t use your Shovel or Axe, unless you’re Best Friends with a resident. You manage your Best Friends in the app on your Nook Phone.