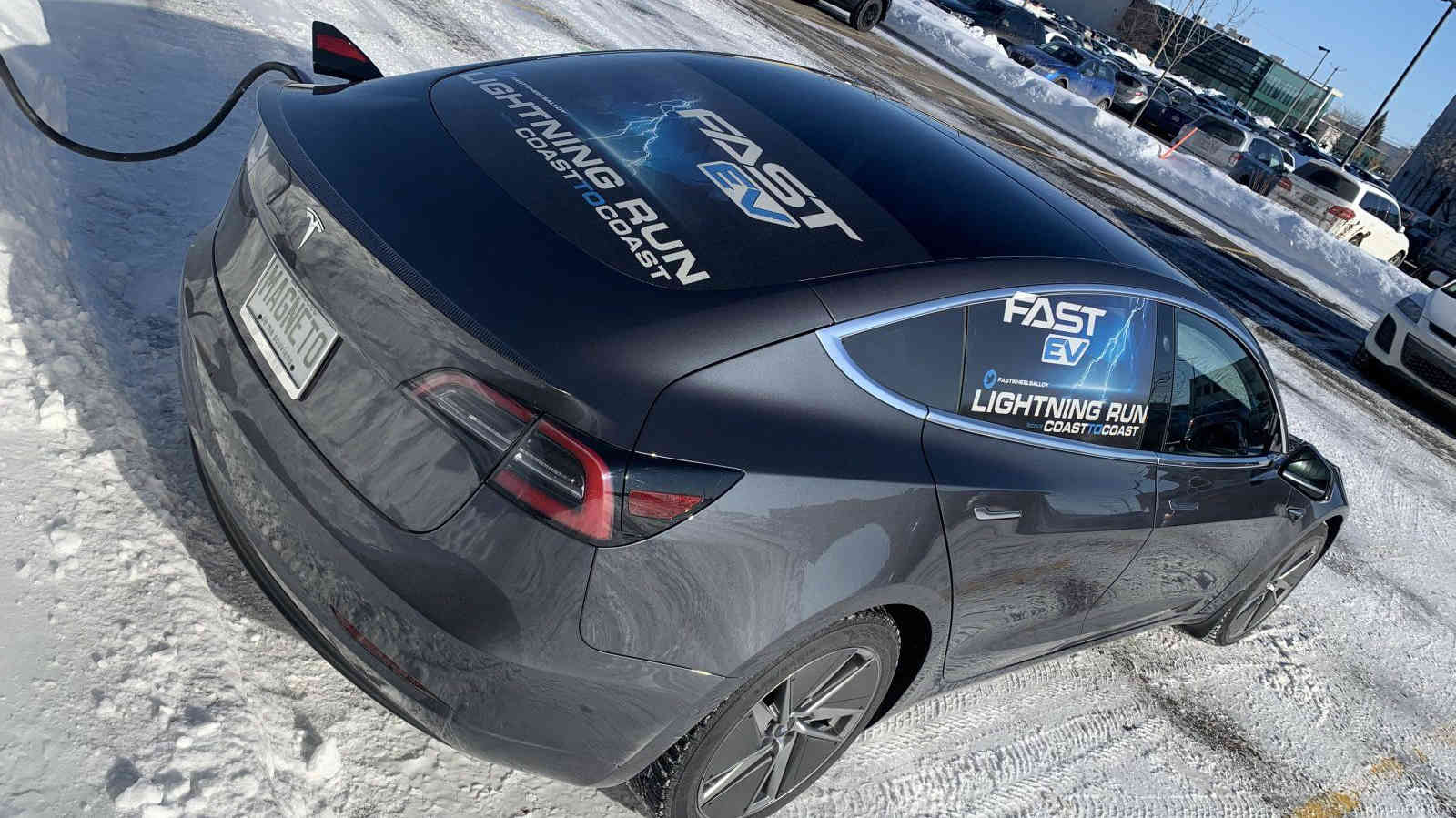 Two Canadians who planned to drive from the west coast to the east coast in a Tesla in roughly three days have successfully completed their journey.

The pair started their journey in Tsawwassen, B.C. on March 4th and ended their trip in Halifax, Nova Scotia after 73 hours. The total journey spanned 6,131km across Canada.

The drivers are Ian Pavelko from Vaudreuil-Dorion, Quebec and Trevor Page of Aurora, Ontario. They stopped at 40 Supercharger stations along the TransCanada highway to recharge the Tesla Model 3.

Although the drive was successful, the pair did encounter some challenges along the way in terms of planning.

“We overcharged at one point and we didn’t plan for certain distances, and of course weather is always an issue and was for us heading into Halifax, but we’re still really pleased with the 73-hour drive time it took,” said Page in a press release. ​

Despite the minor setbacks, the pair received support from other Canadians along the way. They say that they hope other EV owners will see how enjoyable the drive was and will experience Canada in all its beautiful glory the way they did.

This is the second time that a pair of Canadians have tried to complete this journey. The first two Canadians attempted the journey in December but had to end it early due to weather conditions.