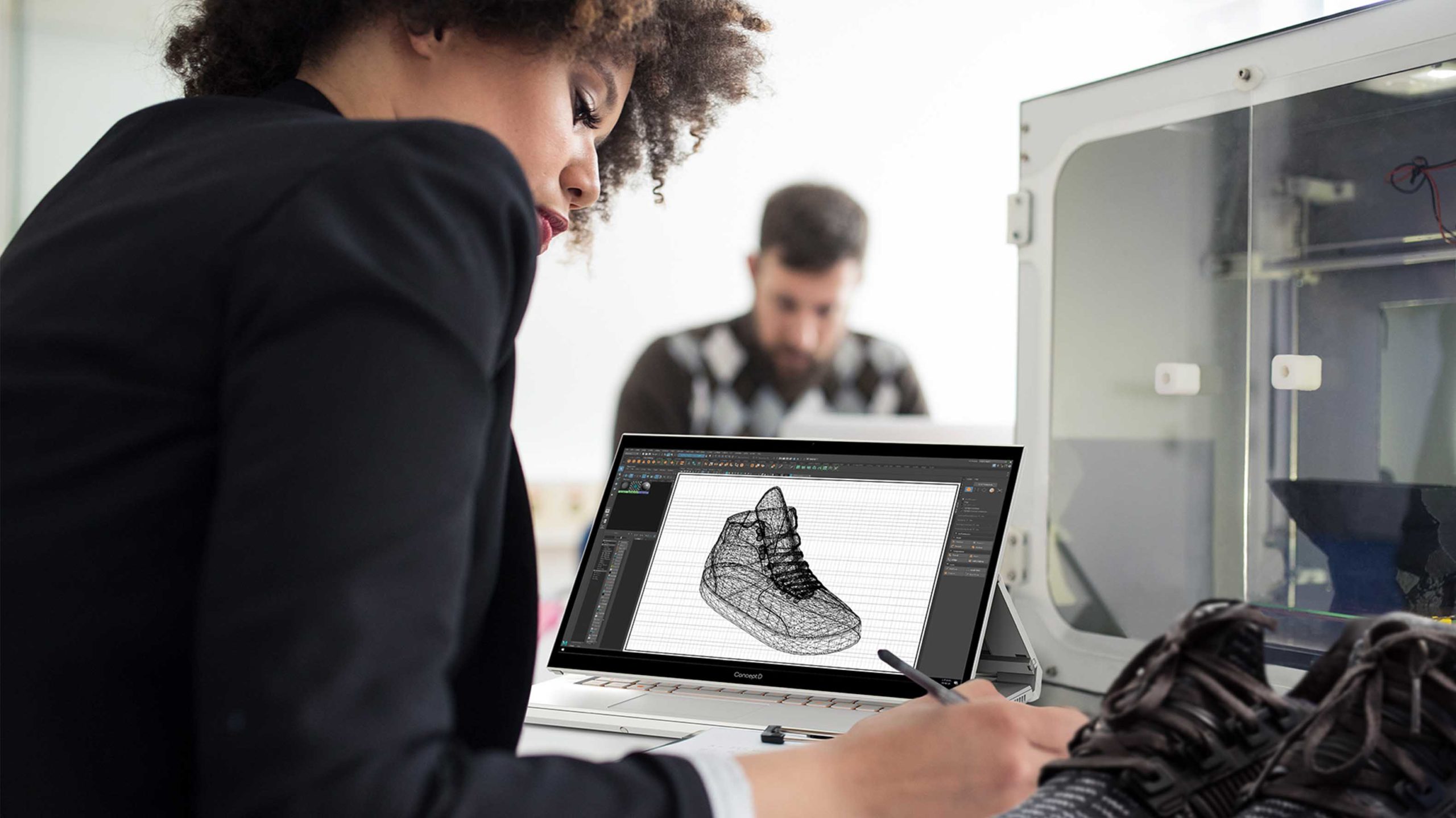 Acer has unveiled new laptops, PCs and displays at CES 2020 to match nearly every need from creators to gamers.

To start, Acer announced new ConceptD, Spin and TravelMate notebooks. ConceptD, for those unfamiliar, is a new line the company introduced in 2019 aimed at creators. The laptops sport excellent displays and powerful specs that should appeal to the ‘prosumer’ segment.

At CES, Acer unveiled the new ConceptD 7 Ezel, a convertible notebook. The Taiwanese manufacturer said in a release that the Ezel can swivel and rotate into any of five different usage modes and sports a colour-accurate 4K ultra HD (UHD) 15.6-inch touch screen display. On the inside, the Ezel sports up to a 10th Gen Intel Core H-series processor along with the latest Nvidia GPUs, up to 32GB of RAM and up to 2TB of NVMe PCIe SSD storage. 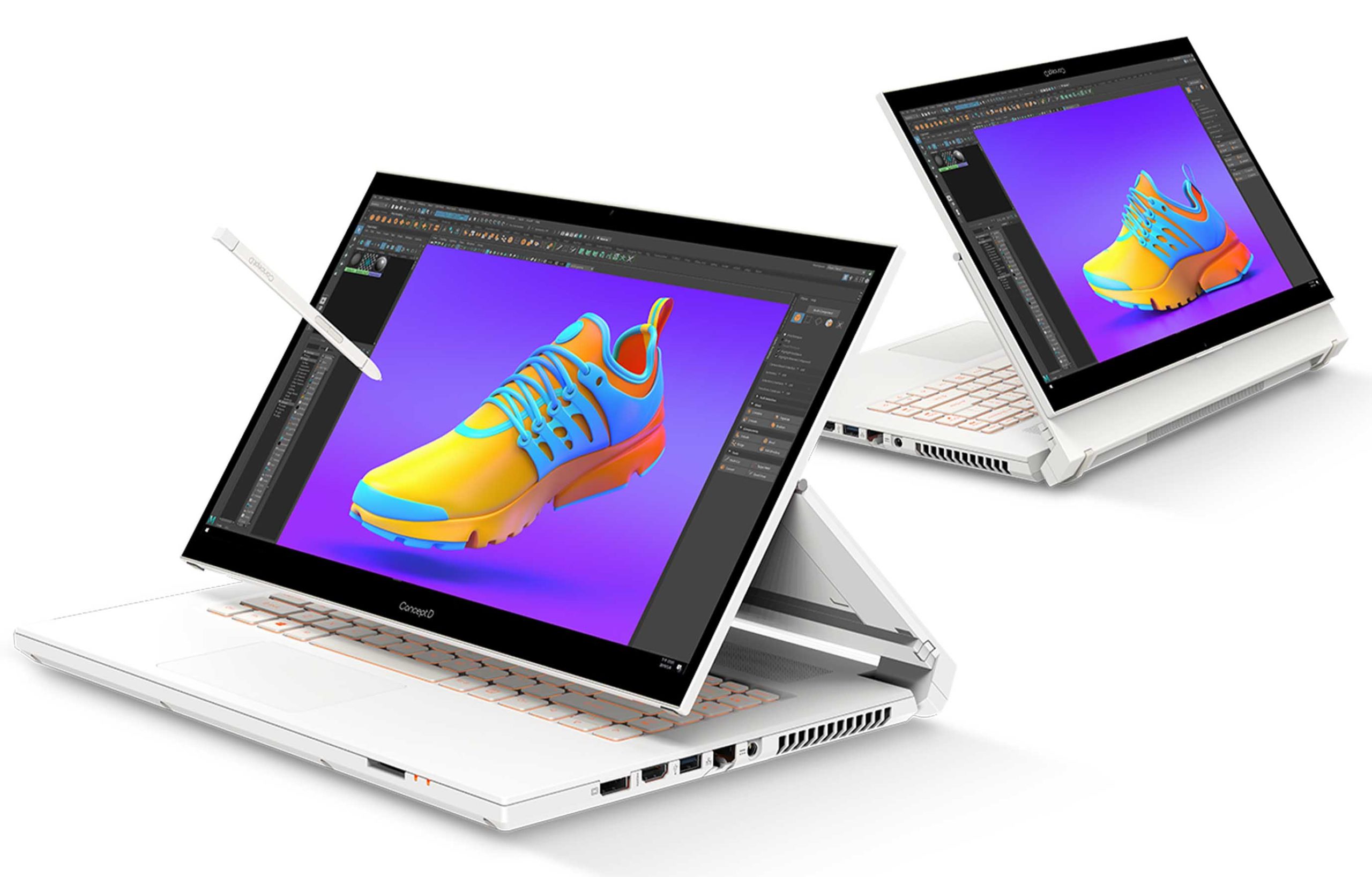 Acer unveiled the new ConceptD 700 workstation desktop PC as well, which boasts an Intel Xeon E processor, up to Nvidia Quadro RTX 4000 graphics and quiet design that the company claims keeps noise level to just 40 dBa. There is no North American availability or pricing for the 700 at this time. 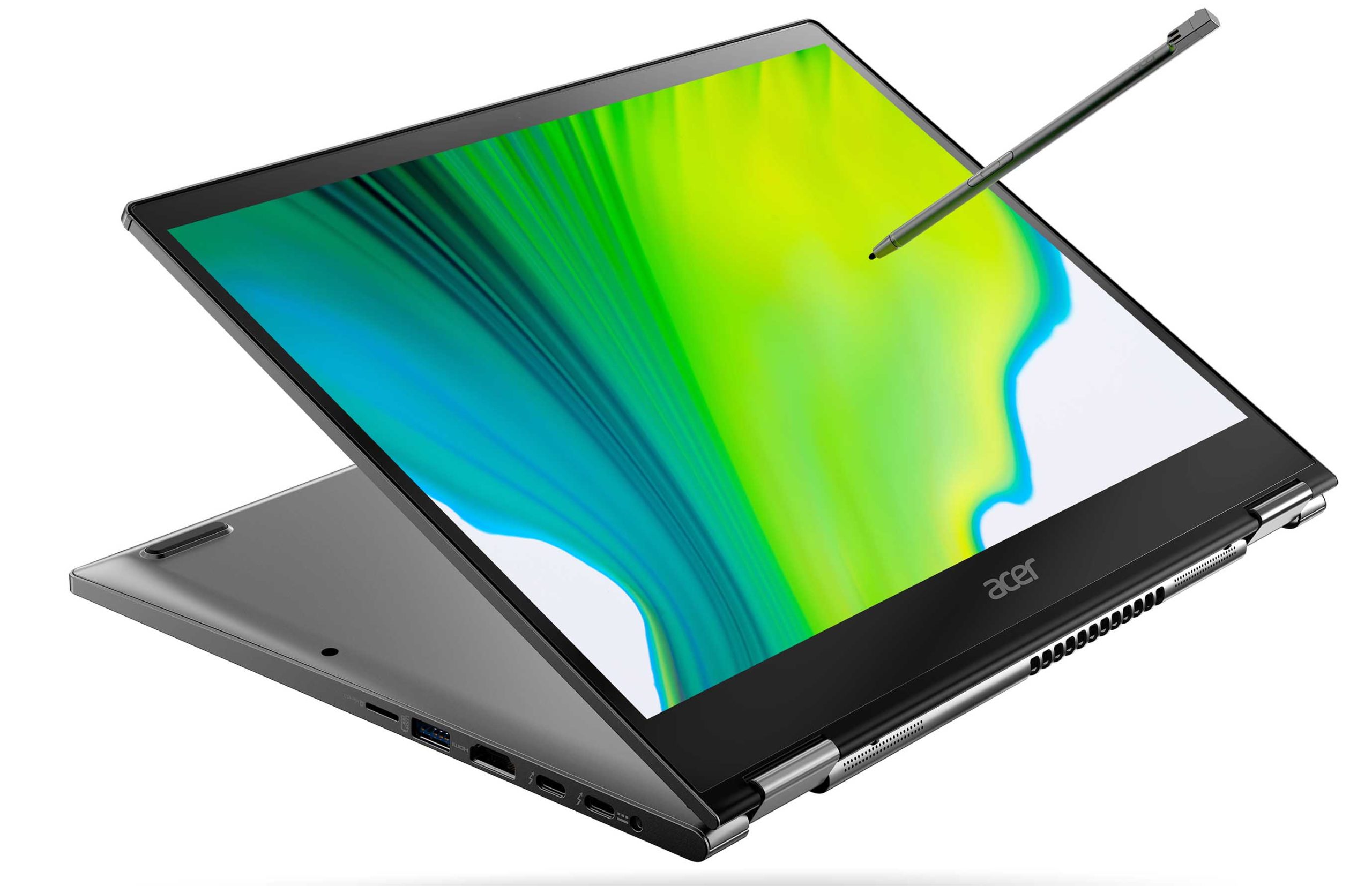 Next up, Acer announced two new Spin convertible notebooks. The Spin 5 sports a 13.5-inch 2K touch display, while the Spin 3 has a 14-inch Full HD (FHD) touch display. The laptops offer 15 hours and 12 hours of battery life, respectively, and both are powered by 10th Gen Intel Core processors, support Wi-Fi 6 and have USB-C ports that support Thunderbolt.

Additionally, the laptops come with an ‘Active Stylus’ with Wacom AES 1.0 technology that can be stored inside the laptop’s convenient fast-charging storage slot. 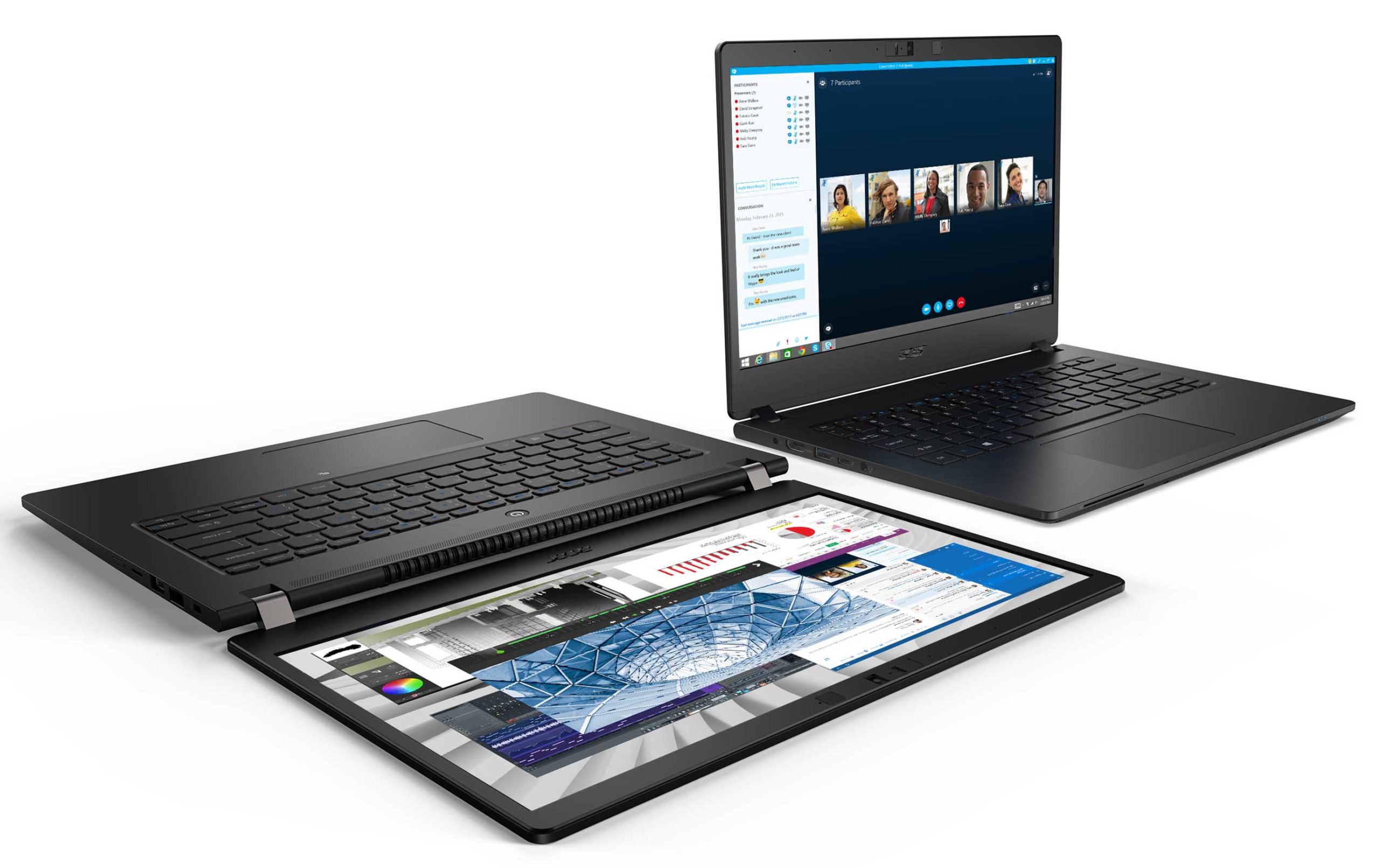 Acer claims the P6 sports up to 23 hours of battery life while the P2 boasts high-speed connectivity, all-day battery life and more. 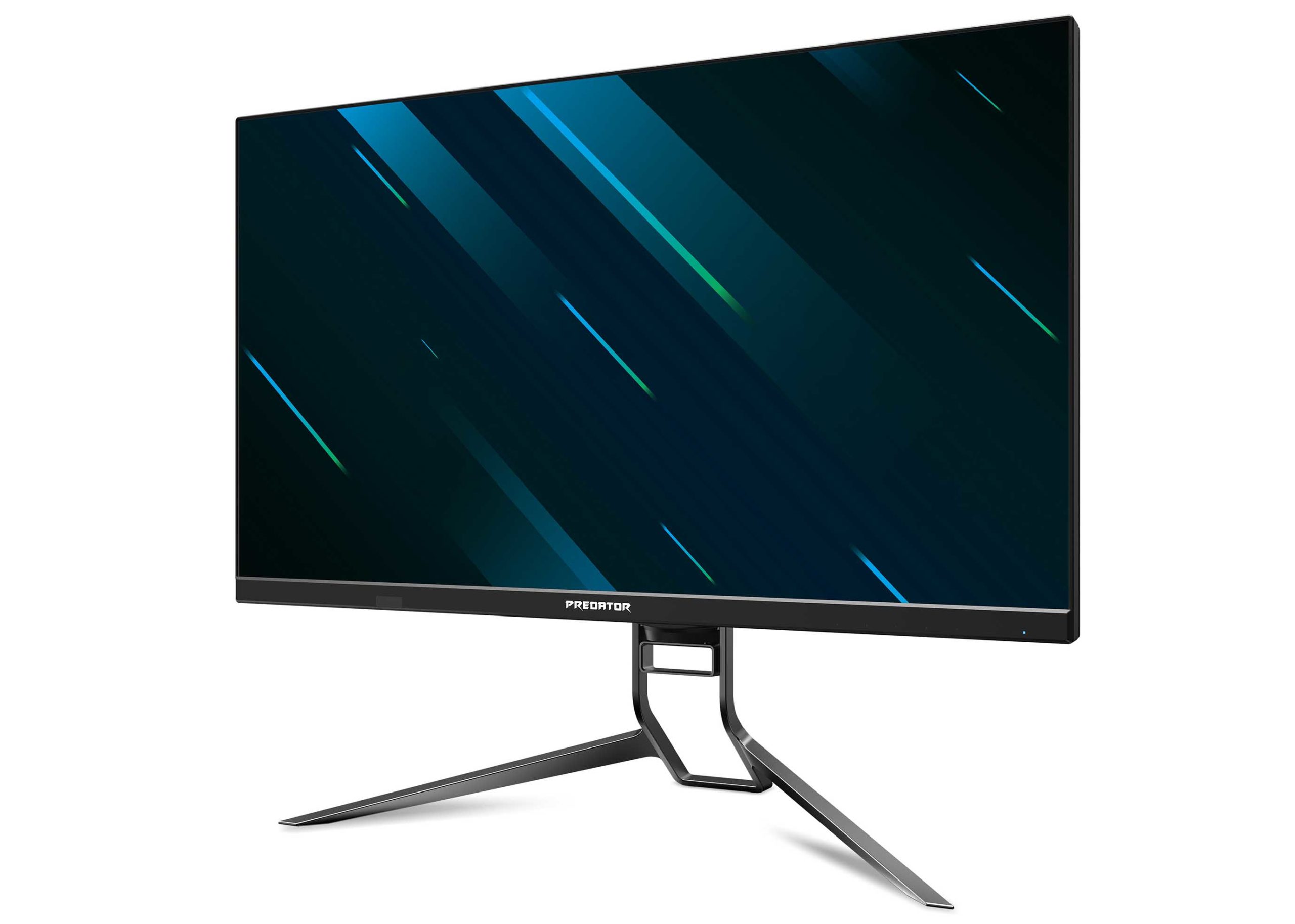 To round out the announcements, Acer unveiled three new Predator monitors. First up is the Predator X32, a 32-inch gaming monitor with the VESA DisplayHDR certification, 1,440 nits of brightness and Nvidia G-Sync Ultimate. It retails for $3,599 USD (about $4,672 CAD) and will be available in Q2 2020.

There’s also the Predator CG552K 55-inch 4K OLED panel compatible with Adaptive Sync and HDMI variable refresh rate (VRR). This gaming monitor is Nvidia G-Sync compatible as well and will also be available in Q2 for $2,999 USD (about $3,893 CAD). 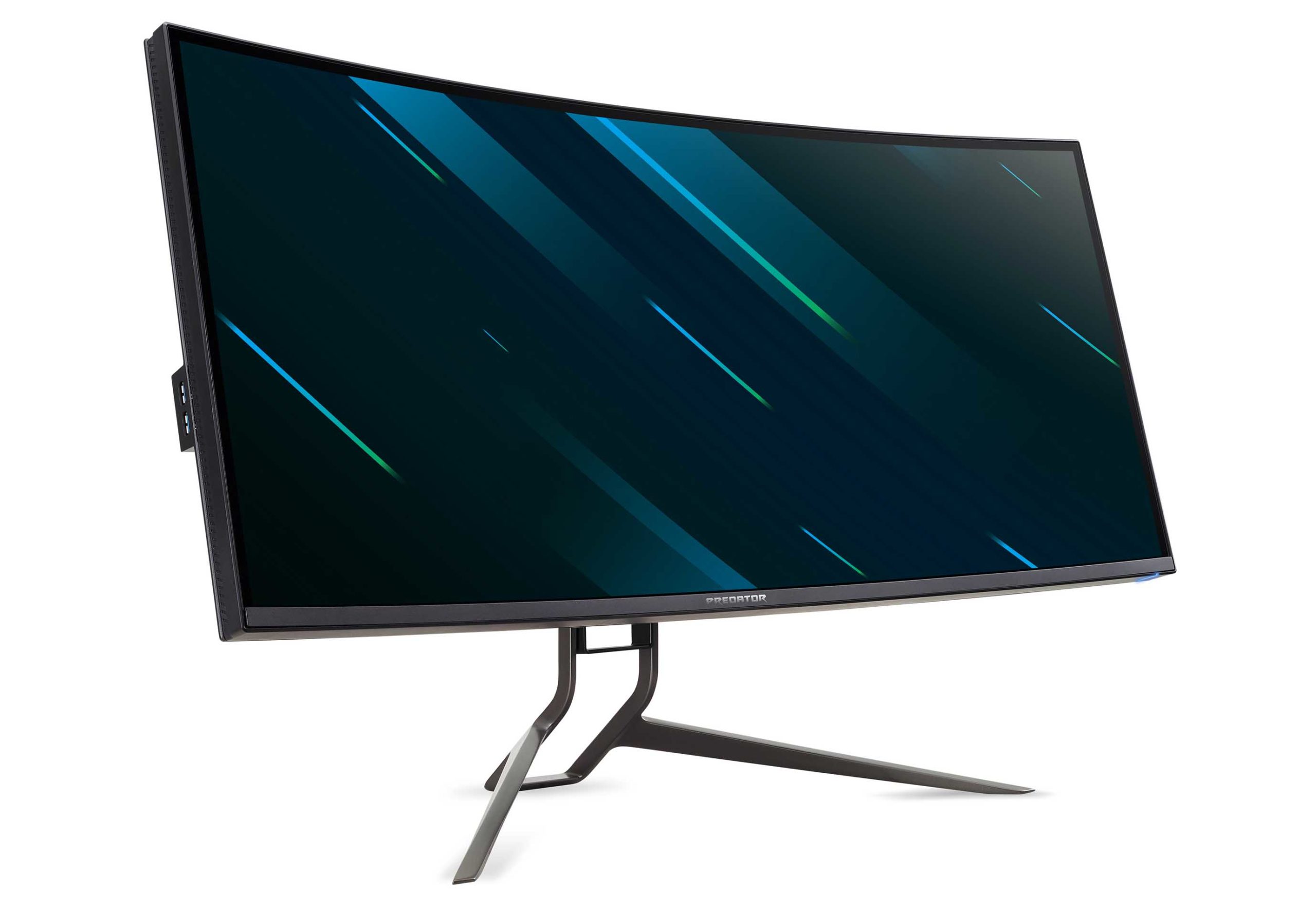 Finally, Acer announced the Predator X38 37.5-inch gaming monitor with a curved ultrawide Quad HD (QHD) panel. It sports the VESA DisplayHDR 400 certification and will be available in North America in April for $2,399 USD (about $3,114 CAD).

Also on the topic of monitors, Acer unveiled its Predator Triton 500 gaming laptop with a 300Hz IPS panel and a 1ms response time. Further, the laptop’s display covers 100 percent of the sRGB colour gamut.

Acer unveiled a new Full HD LED projector as well, and has its Predator Thronos Air gaming chair on display in the U.S. for the first time — it was previously announced at IFA last year.