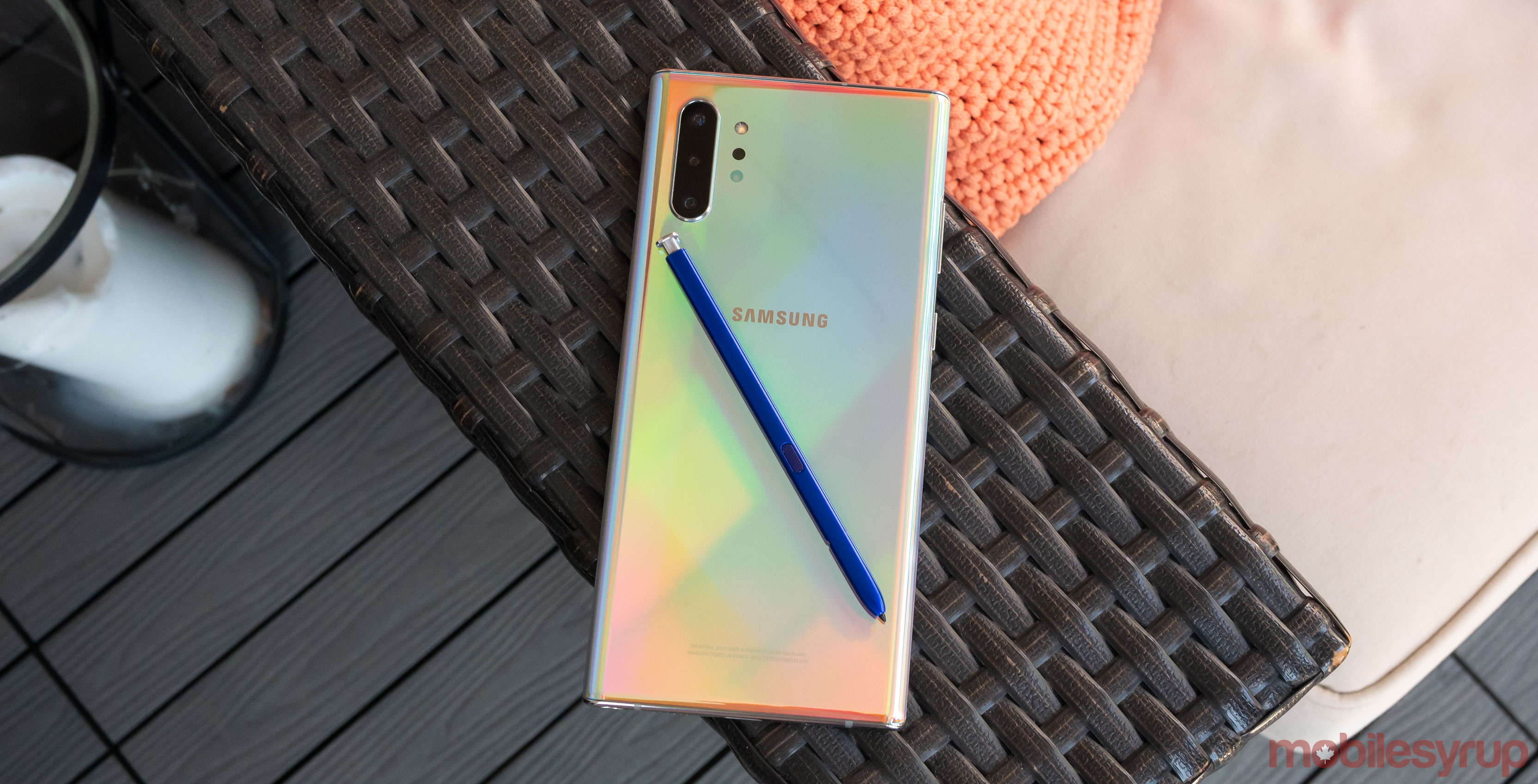 Pictures of the rumoured Samsung Galaxy Note 10 Lite have turned up online, confirming the phone’s existence and design.

The first picture in the tweet shows the boot screen, which includes the name of the device as well as the ‘Secured by Knox’ logo. At the bottom of the screen is the mandatory ‘Powered by Android’ logo as well.

Next up is a picture of the Galaxy Note 10 Lite’s ‘About phone’ page. This includes the model number ‘SM-N770F/DS.’

The third picture shows the whole front of the Note 10 Lite with the S Pen lying on top. Everything looks fairly normal here, but it looks like something was edited — the bottom left corner of the device shows an odd glitch where the screen partially extends over the bezel, and the bezel also disappears just below. It appears the TechTalkTV watermark was removed from the image (see the update below for full details).

The final image shows the back of the phone in black colour. There’s a rectangular camera array up in the top left corner sporting three cameras and a flash. At the bottom is the Samsung logo. In the last picture, you can also see the power and volume buttons on the left side of the device.

It’s worth noting that the model number matches previous leaks, which suggest the Note 10 Lite will sport Samsung’s 10nm Exynos 9810 processor and 6GB of RAM. It’s expected to launch in Europe, but it’s unclear if the Note 10 Lite will come to Canada. Chances are slim — typically Samsung devices in Canada sport Snapdragon chipsets instead of Exynos processors, but that’s not always the case.

The Note 10 Lite may launch alongside the rumoured Galaxy S10 Lite, but it’s not clear if or when these devices will materialize.

Update 01/02/2020: It appears the original photos of the Note 10 Lite were posted by TechTalkTV (@Mr_TechTalkTV), not SamMobile as previously mentioned. The article initially mentioned that a section of the phone appeared to be edited, but it wasn’t clear why — it was the TechTalkTV watermark removed from the image. The article has been updated and now correctly sources TechTalkTV, along with some extra photos not included by SamMobile.