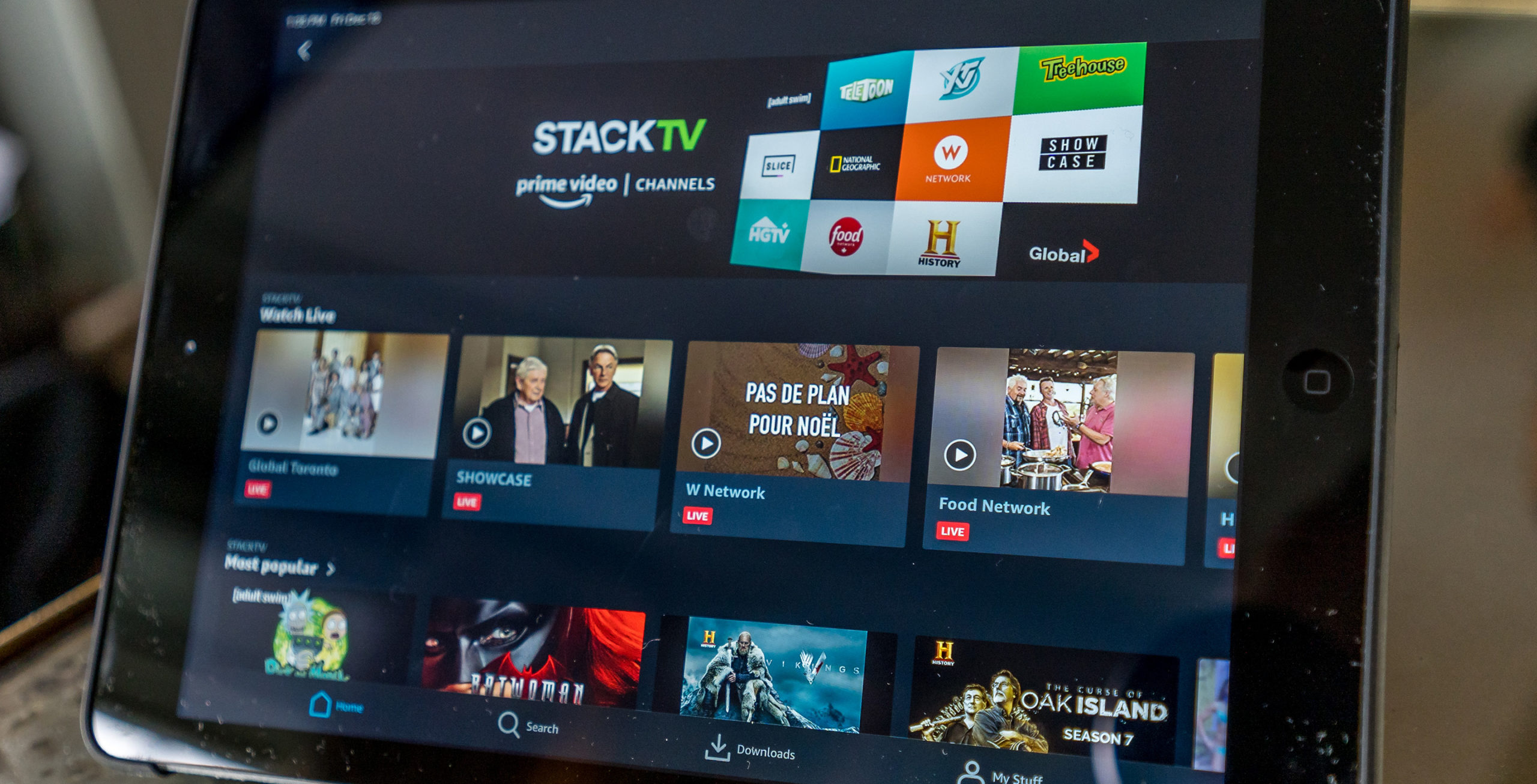 It’s been almost six months, but Corus Entertainment feels confident its StackTV streaming service is bridging the gap for cord-cutters and cord-nevers.

The service launched in Canada on June 3, 2019, and encompasses 12 networks under the Corus banner, including Global TV, Showcase, YTV, along with other popular ones, like W Network, Slice, Adult Swim and History Television. It runs off of Amazon Prime Video, and utilizes the user interface and software engineering associated with that platform.

Reps spoke further about how StackTV operates at a media event in Toronto. Though no new channels or content were announced, the platform’s various nuances and caveats were open for discussion.

Coming to you live

Live TV is the service’s real hook, since it literally pulls in the live feeds from the 12 channels it includes. Like the actual broadcasts, it plays at 720p resolution, but then gets a boost to 1080p when offered on-demand afterward.

All channels are available to stream live, except there is no way to manipulate the broadcast. If you’re a few minutes late to the start of a show, you can’t start from the beginning, for example. And if you want to get to it when it’s available on-demand, you may need to wait a good few hours until it goes live. That might change sometime down the line, but it will require Amazon’s acquiescence to do so. 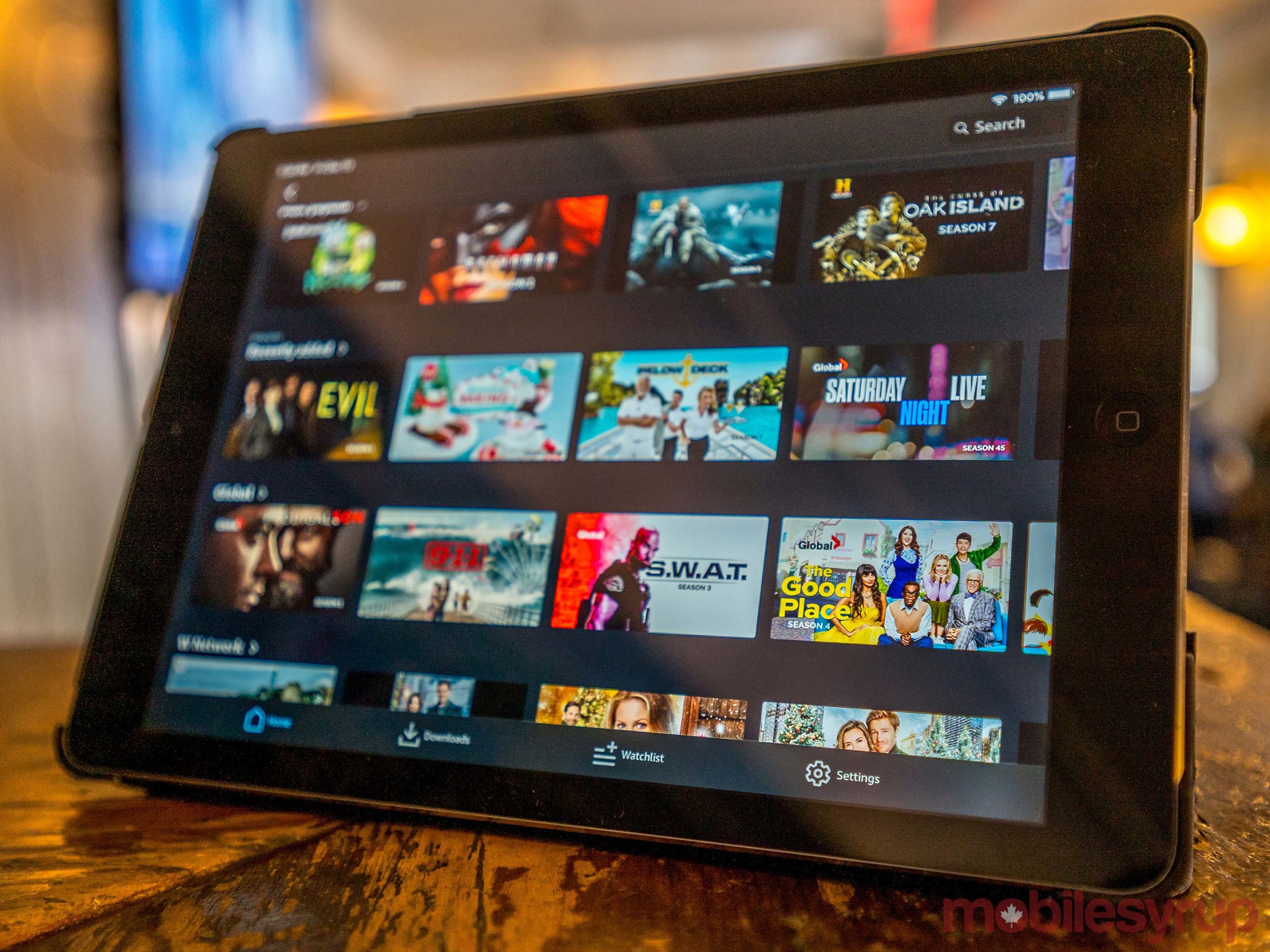 Watching anything live means having to also deal with the commercials on the original broadcast. When on-demand, StackTV removes those commercials and replaces them with short ads marketing content on the platform. On average, what would be 14 minutes of commercials on a live broadcast are whittled down to two minutes of ads.

StackTV is $12.99 per month, over and above a Prime Video subscription. To get Corus’ stuff, you have to be a Prime member first. For those who aren’t, that $12.99 is more like $20.99 per month, though you do get a lot of combined content for the price. There’s also a 30-day trial to give it a try before you spend a dime on it.

It does beg the question of whether there should be ads at all when there’s a subscription involved. StackTV doesn’t offer tiers, nor any custom options to evade the ads, so it’s just a part of viewing the content available on it.

The live TV focus plays into the varying, and sometimes confusing, content availability. Thumbnails for shows may note a particular season, which indicates that it’s the only one you can stream. If no season is noted, then the entire series is likely available. That will often be the case because Prime Video picks up the slack by offering past seasons. That’s exactly how it is with shows like, Mr. Robot and NCIS, as two examples.

When a show’s current season ends, it stays on the platform to stream for up to 60 days before it either ends up on Prime or somewhere else entirely. When asked if there would be a notification system to keep subscribers informed on pending additions or deletions, Drew Robinson, vice-president of content distribution at Corus, said there were no ways to do that right now.

There were a few other oddities that he couldn’t explain, like in one case where Batman: The Animated Series was available through Teletoon, yet all the episodes were marked as “unavailable.” There were similar cases with other cartoons and shows as well, and it’s not clear why. 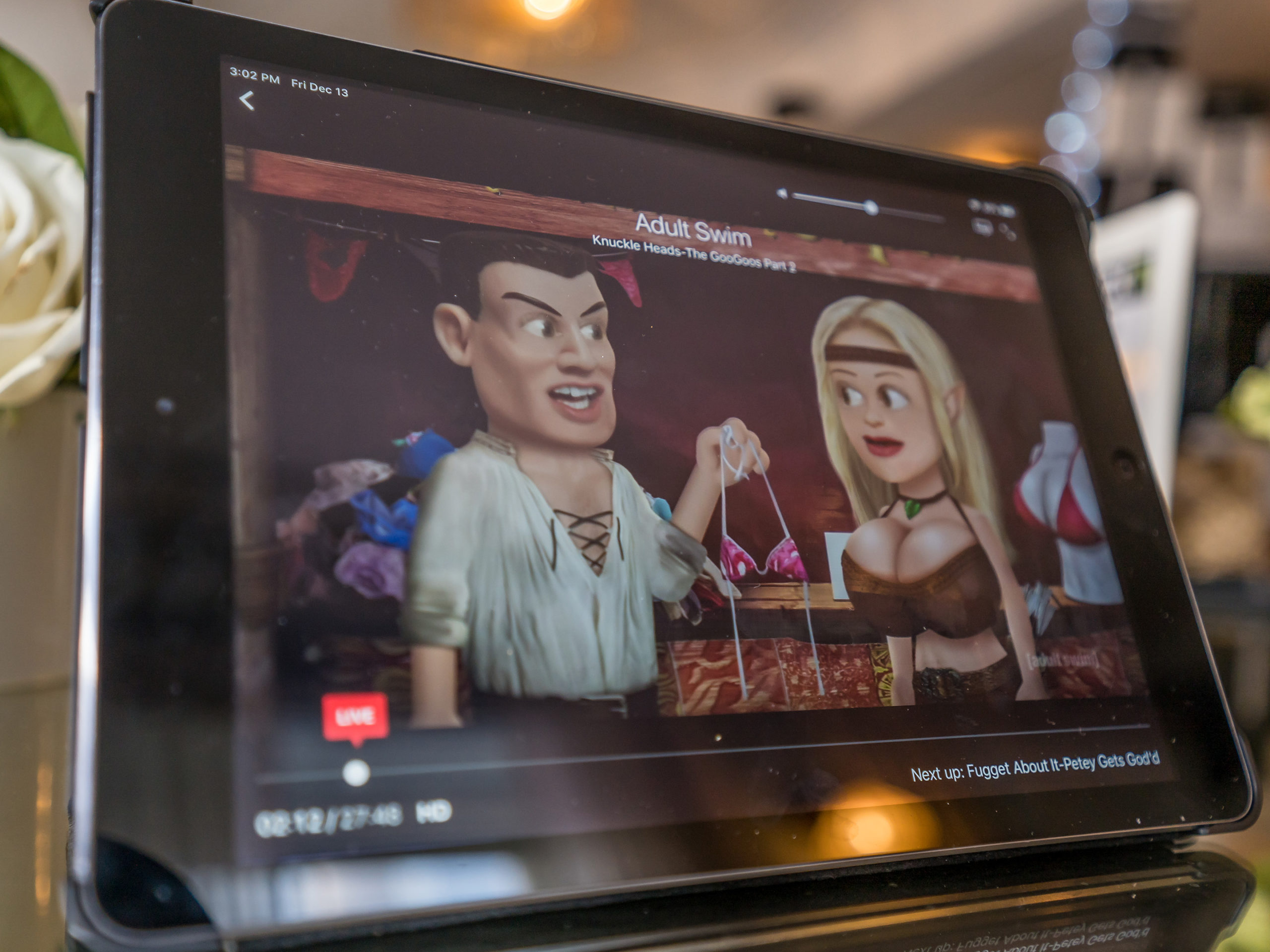 Part of the reason may be the moving parts involved in making this platform what it is. StackTV relies on Amazon for its software backend, and content partners to make shows available in the first place. If anything goes wrong in that shuffle, it could lead to weird situations like those missing episodes.

I noticed other interesting things when I perused the platform. The History Channel only has eight shows, while Showcase has a mix of about a dozen shows and movies, including Batwoman and Swamp Thing. John Wick and the two Jack Reacher films were in there, and so, I asked if censored versions of those films were originally broadcast. Robinson wasn’t sure, but in effect, if the channel shows a censored version of a movie, it’s likely the same one that will make its way to StackTV.

National Geographic content on this service is actually more numerous and interesting than what Disney+ currently has, which is older programming not currently on TV. There’s plenty from the Food Network and W Network, plus Slice for all your reality TV guilty pleasures.

Robinson told MobileSyrup that the Adult Swim show, Rick and Morty, was one of the biggest draws based on viewing data after subscribers sign up. StackTV is set up so that users can sign up for the platform directly from a show’s own page.

Initially, StackTV didn’t support Chromecast because of the cold war between Amazon and Google, but that may have since changed after the two found common ground. There is direct support for the Fire Stick and Fire TV Cube, but no Alexa integration to speak of. You can’t use your voice to go directly to StackTV or a specific show on it.

Since Prime Video is available on a wide number of devices and services, StackTV gets to piggyback off that. Being tied to Amazon has its benefits that way, so access to the platform itself is not a major issue. 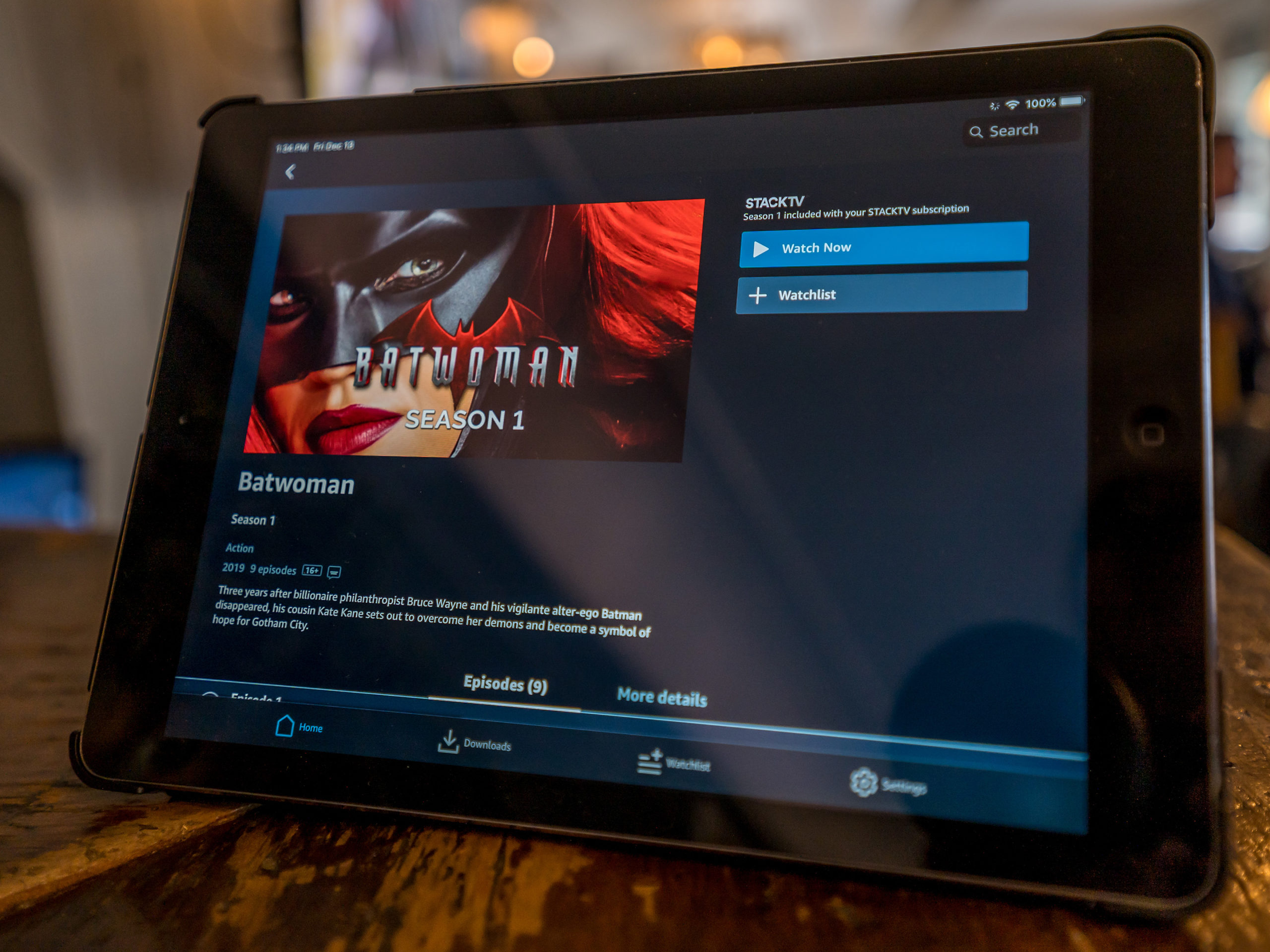 You also don’t need to be a cable subscriber — past, present or future. Robinson said Corus positioned the platform to address cost, not create a brand new experience. That’s why he feels viewers young and old would gravitate to it. He didn’t reveal how many subscribers Corus currently has, nor what expectations are for engagement, only that there was “no drop-off” since it launched.

Corus acquires content from various studio partners in the United States, which largely explains why so much of it centres on current seasons. The rights for everything else lay elsewhere. In that sense, it is similar to Crave, though not tied to a company that also sells TV packages, like Bell does. 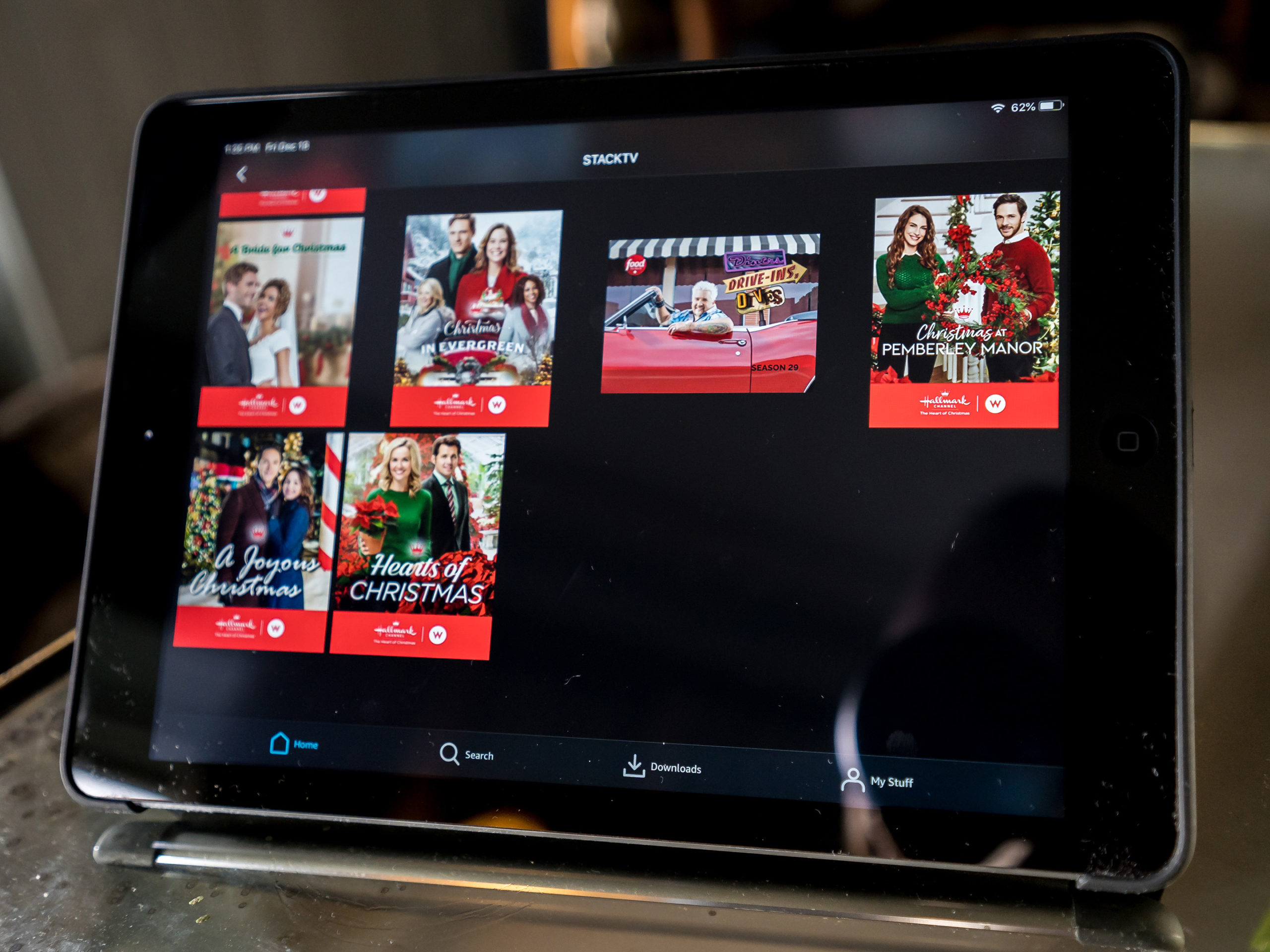 Corus sees that as an advantage, though doesn’t name names. The $12.99 price tag might also seem high when compared to other streaming services, even if the focus and distribution model aren’t the same.

Even so, if you have a live TV fix that fits your lifestyle, this is one way to get it without dishing out for cable every month.