Instagram uses AI to determine if a caption is considered offensive

Instagram is rolling out a new AI-powered feature that notifies users when a caption they have written out may be considered offensive.

The feature is a part of Instagram’s fight against bullying, and gives users a chance to pause and reconsider their captions before posting them. The Facebook-owned platform says it has developed an AI system that is able to recognize different forms of bullying. 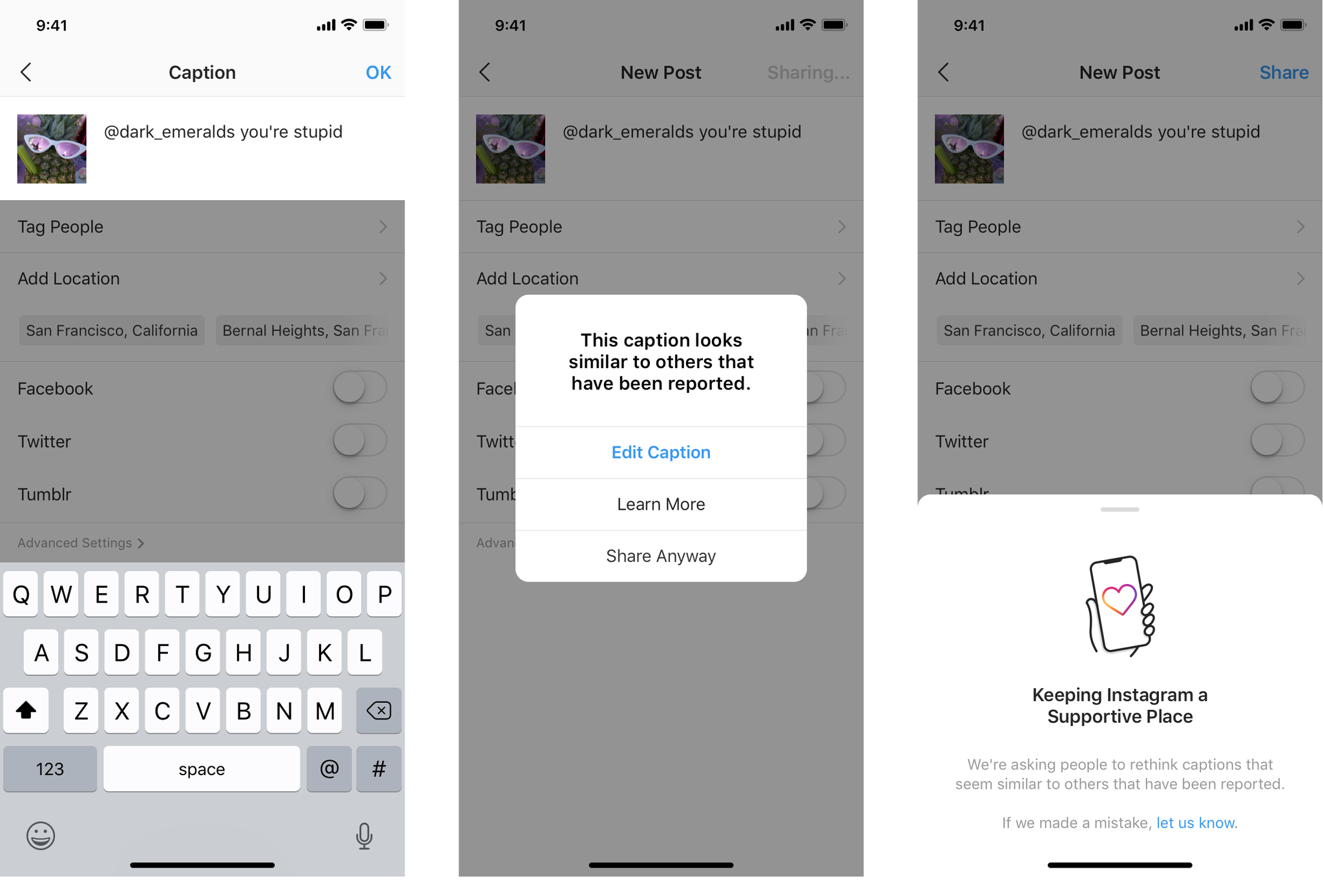 Now, when a user writes a caption for a post and the AI system detects that it could potentially be offensive, they will receive a prompt informing them that their caption is similar to ones that have been reported for bullying.

“In addition to limiting the reach of bullying, this warning helps educate people on what we don’t allow on Instagram, and when an account may be at risk of breaking our rules,” the platform wrote in a blog post.

Instagram launched a similar feature earlier this year that warned users if their comments may be considered offensive.