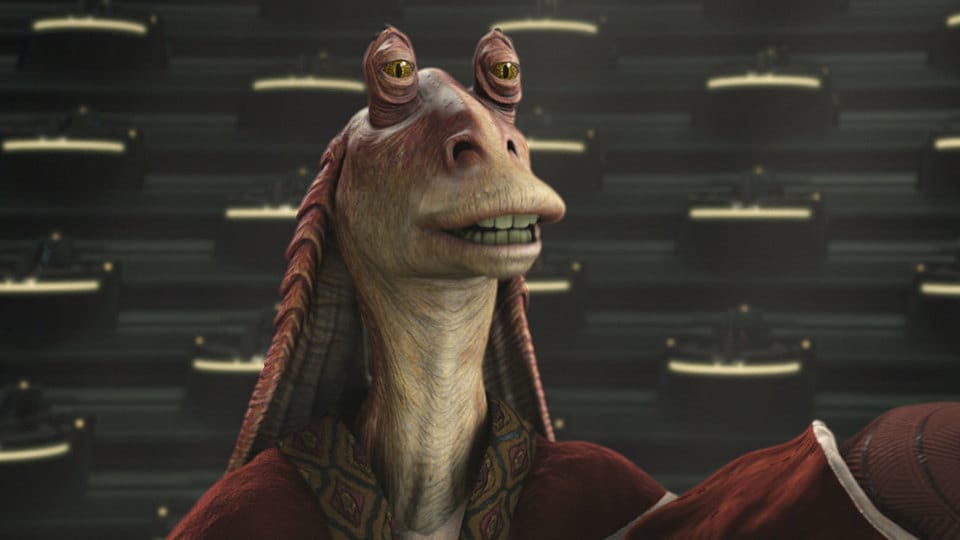 In a press release, Lucasfilm confirmed that the series is titled Star Wars: Jedi Temple Challenges and will stream exclusively on Disney+ sometime in 2020. According to the company, the series will see Best play a Jedi Master who tests children’s abilities in various challenges inspired by Star Wars. Best will be joined by a humanoid droid companion voiced by Mary Holland (Veep).

Lucasfilm says kids will have to master their lightsaber and piloting skills in obstacles set across a forest planet, on board a Jedi star cruiser, and inside a Jedi temple.

While it might seem odd to pick the Jar Jar Binks actor of all people, Lucasfilm says “Best’s unique set of skills as an actor, dancer, martial arts expert, STOMP musician, and Star Wars fan make him the perfect choice as the show’s host and mentor.”

This is a radical departure from Disney+’s other Star Wars shows. Currently, the western-inspired The Mandalorian series is streaming on the service, with additional live-action series based on Diego Luna’s Cassian Andor and Ewan McGregor’s Obi-Wan Kenobi also in the works. Further, the seventh and final season of The Clone Wars animated series will stream exclusively on Disney+ in February.

Disney+ is now available in Canada at a cost of $8.99 CAD/month or $89.99/year. Find out what’s hitting the streaming service this month here.