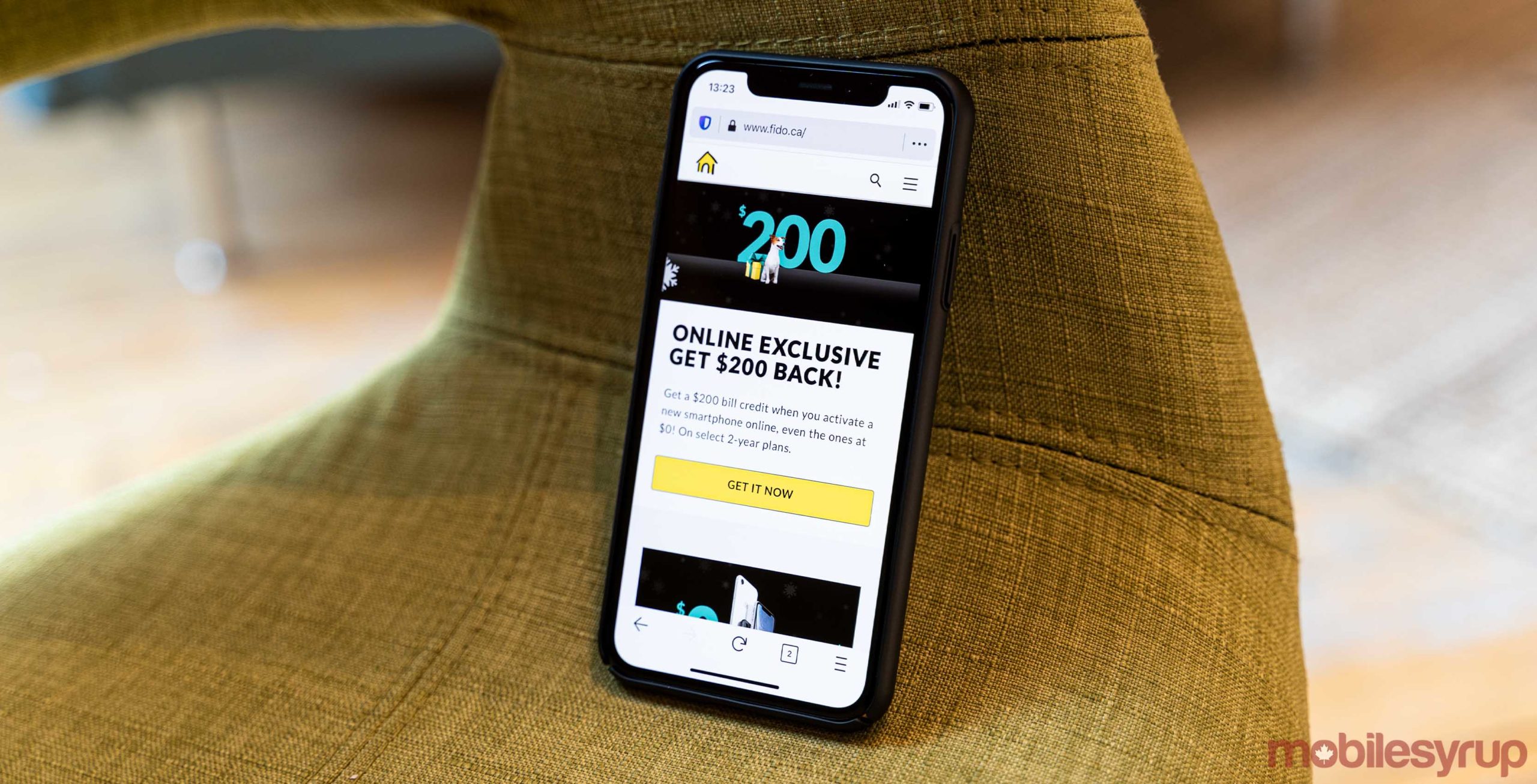 Fido has revealed its Black Friday deals and has discounted select phones and doubled the data for some of its plans.

The carrier is offering customers a $200 bill credit when they activate a new smartphone online on select two-year plans. The bill credit will appear in the customers’ second or third bill.

The smartphone deals include:

The carrier has also doubled the data on its 1GB, 2GB, 3GB and 4GB data, talk and text plans when you bring your own phone or with a new activation or phone upgrade on a two-year term.

The deal plans are:

Fido is also offering its home internet 75u and 150u at 50 percent off for 12 months. This offer is only available to new subscribers.

You can see all of Fido’s deals on its website.