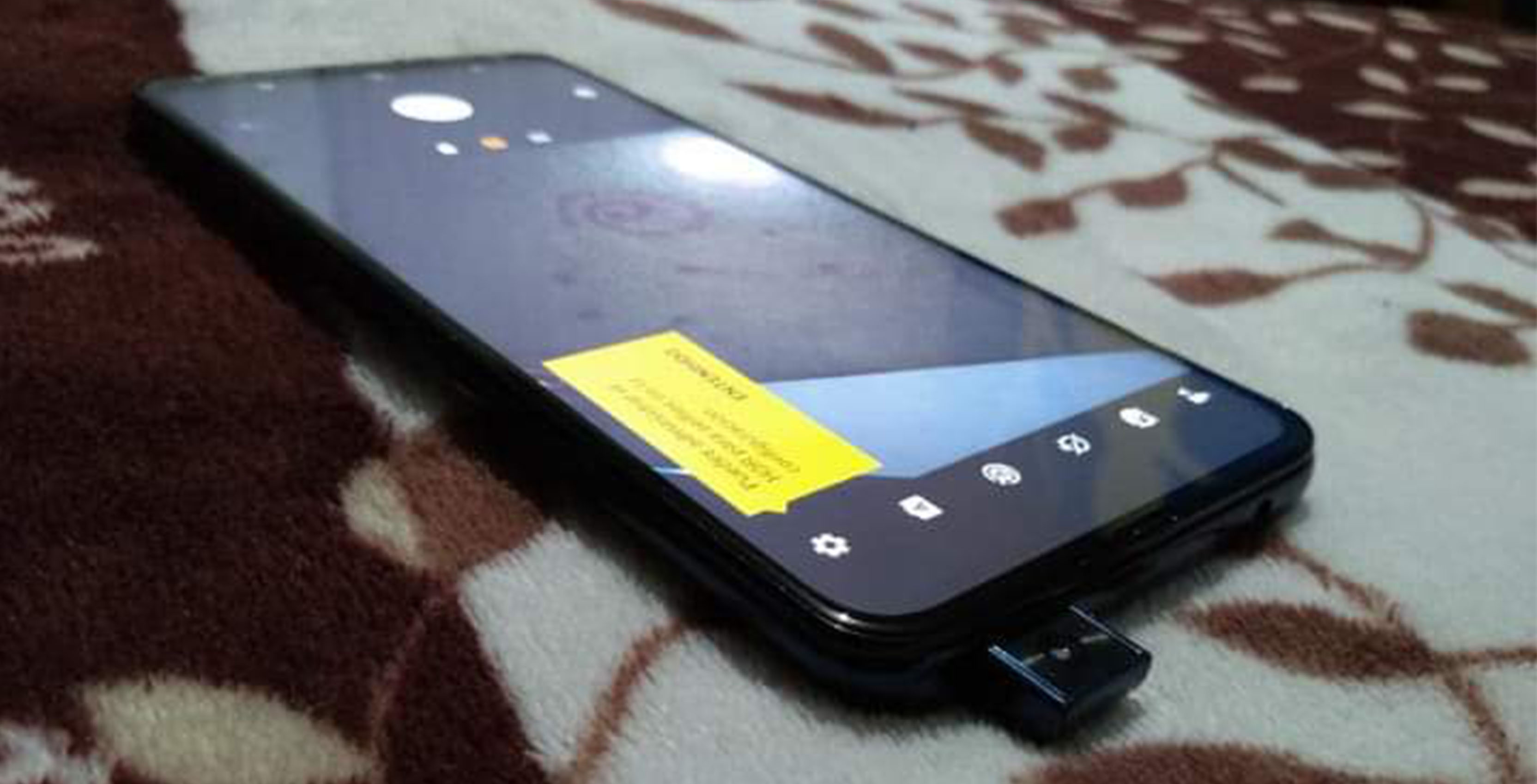 Around front is a large, nearly bezel-less display. There’s no notch to be seen and hardly any chin either. Another photo from a different angle shows the pop-up selfie camera.

Another photo of the back of the device shows what appears to be a glass rear panel. It sports a nice blue colour with the Motorola logo and name on the back. Due to the quality of the photo, it’s hard to read the wording, but it appears to say Motorola One. 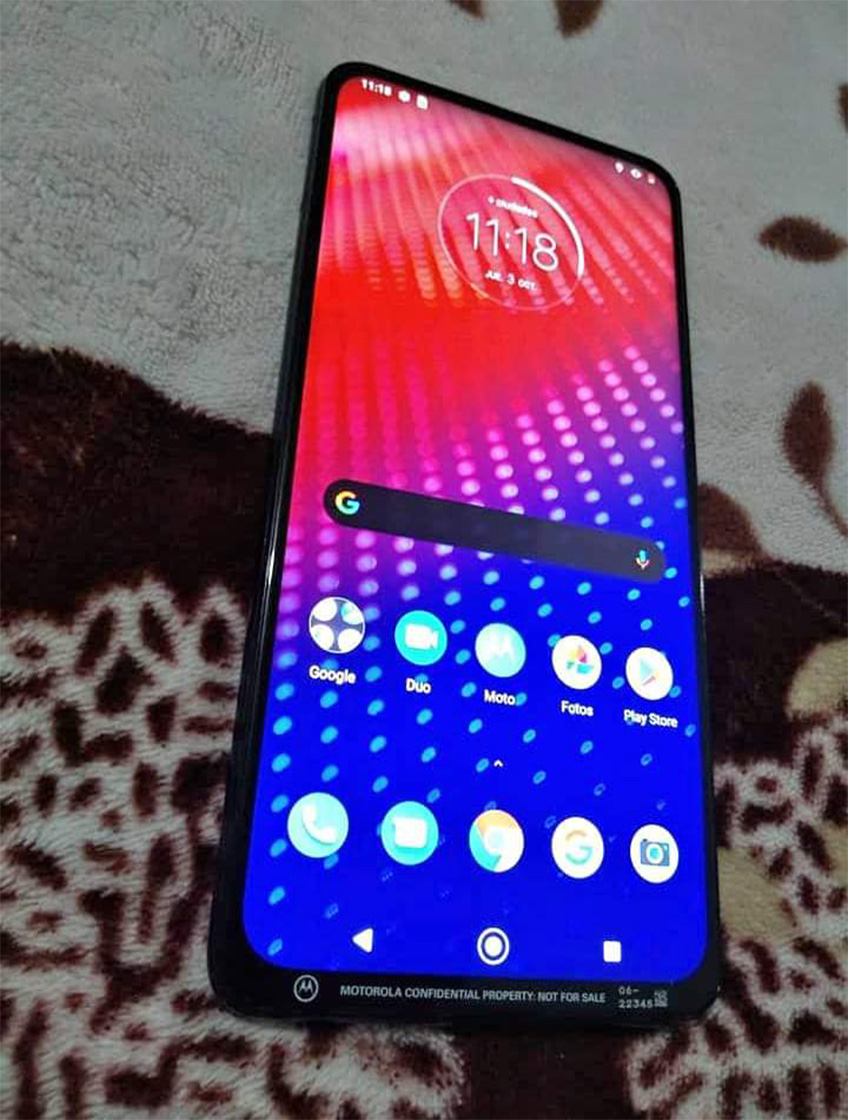 The back panel includes a fingerprint scanner as well. However, the scanner features a unique illuminated ring. It’s not clear what the purpose behind the light ring is, but aesthetically I think it looks great.

There are also two rear cameras placed in an odd two-tiered bump. The first level of the bump runs up to the top of the phone and appears to be part of the pop-up selfie camera. The phone includes an LED flash beside the two rear cameras.

It isn’t immediately clear what phone this is. Again, it looks like the rear label says ‘Motorola One,’ but it doesn’t look like any leaked Motorola One device we’ve seen before. The only notchless Motorola One phone we’ve seen looks to have a much larger chin. 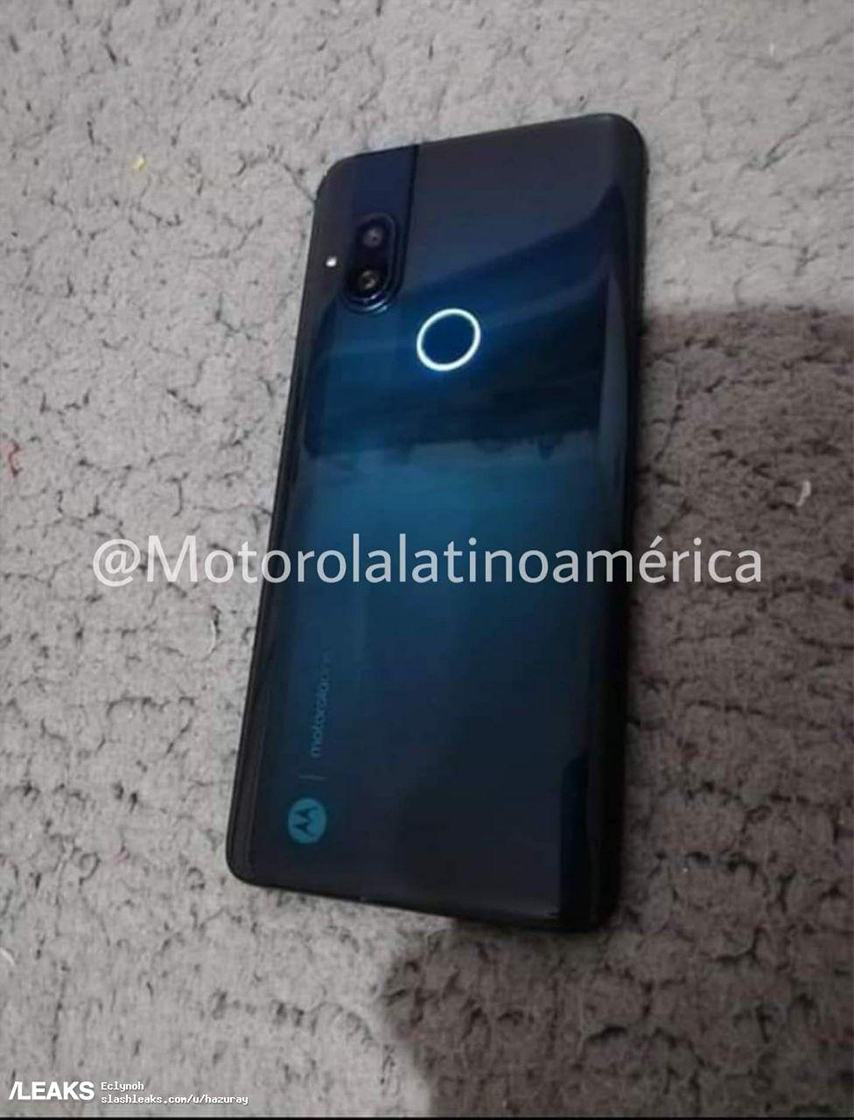 Motorola Latinoamérica suggests the phone could be the rumoured Motorola Z4 Force, the successor to the Moto Z4. The Z4 Force is rumoured to have a Snapdragon 855, 8GB of RAM and 128GB of storage. It may also have a 3,230mAh battery and 27W fast charging. Finally, the Z4 Force is expected to have a dual-camera system with 48-megapixel and 13-megapixel sensors.

However, the mystery Motorola device in the pictures matches the design of Motorola’s new One devices more than it does the Z4. We may learn more about this mysterious device before the end of the year.