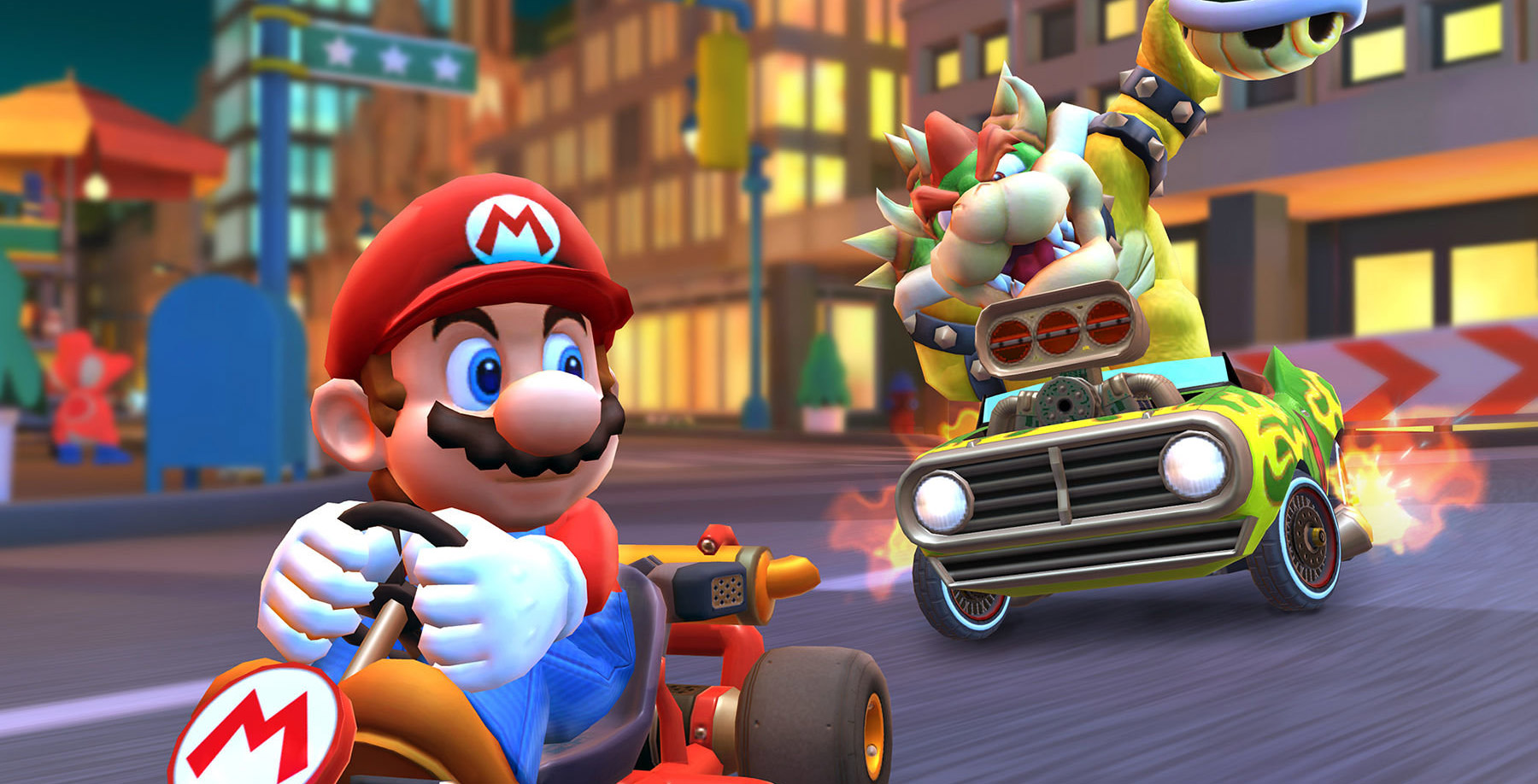 This data comes from app analytics firm Apptopia. The number puts Mario Kart Tour ahead of Pokémon Go, which amassed 6.7 million downloads when it was first released back in August of 2016. 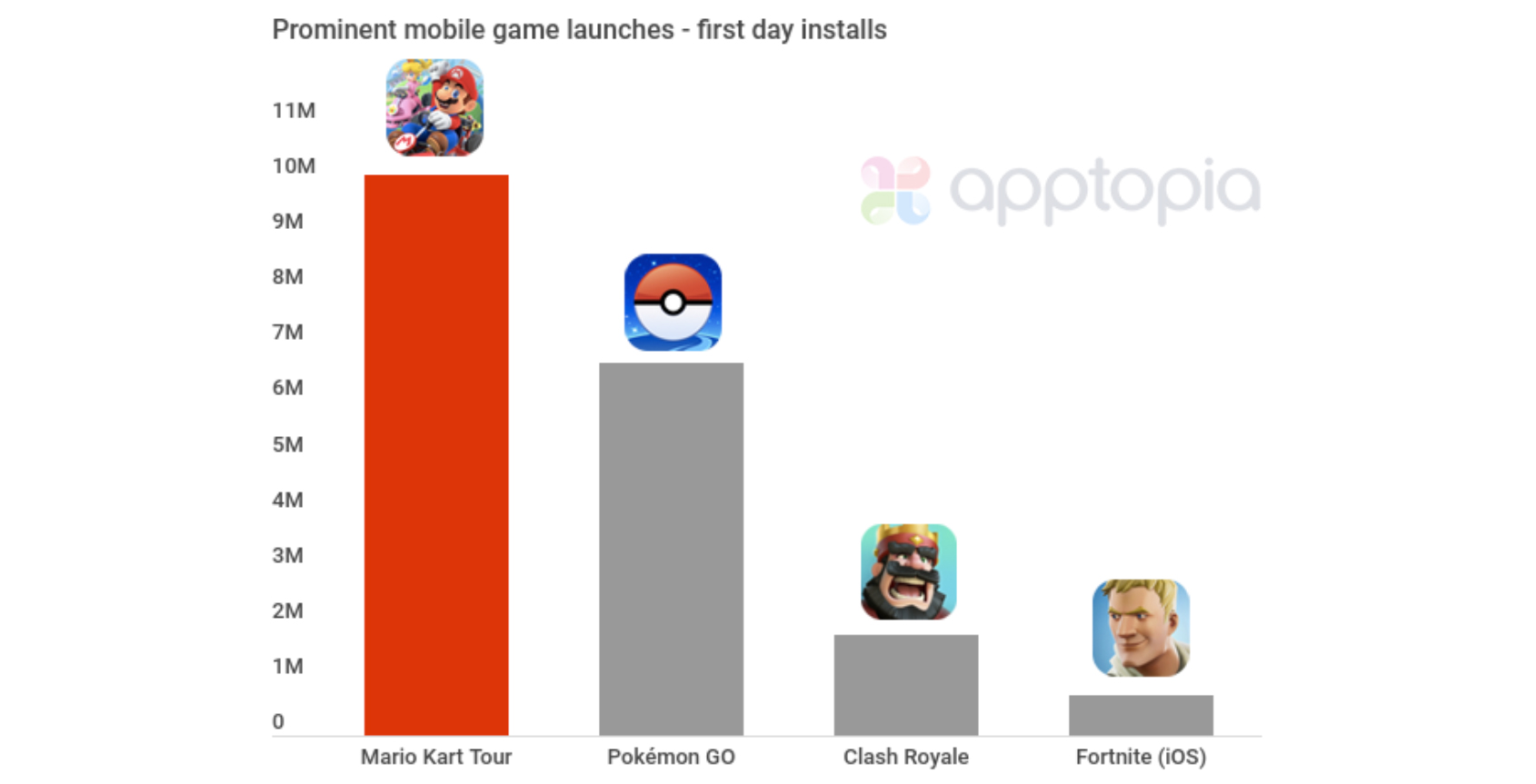 It’s important to note that Nintendo and DeNA have not verified Apptopia’s data, which is typically the case when analytics firms release statistics like this. For additional perspective, Sensor Tower, another app analytics firm, claims Mario Kart Tour hit the 20 million download mark on launch day.

Given that Mario Kart Tour has now been out since Wednesday, September 25th, it’s also likely that the download number has increased substantially.

Though these numbers speak to the game’s popularity, both Google and Apple also gave Mario Kart Tour prominent placement in their respective app stores, which likely helped the game’s download numbers substantially.

While Mario Kart Tour is free-to-start, it features a number of microtransactions that allow players to unlock new karts, upgrades and characters through a loot box-like mechanic. Even worse, there is a $6.49 CAD per month ‘Gold Pass’ subscription that grants access to 200cc karts and other items. As far as Nintendo’s concerned, the game’s true success will come down to how much revenue it pulls in, given that downloads of a free-to-play game don’t necessarily equate to piles of cash. 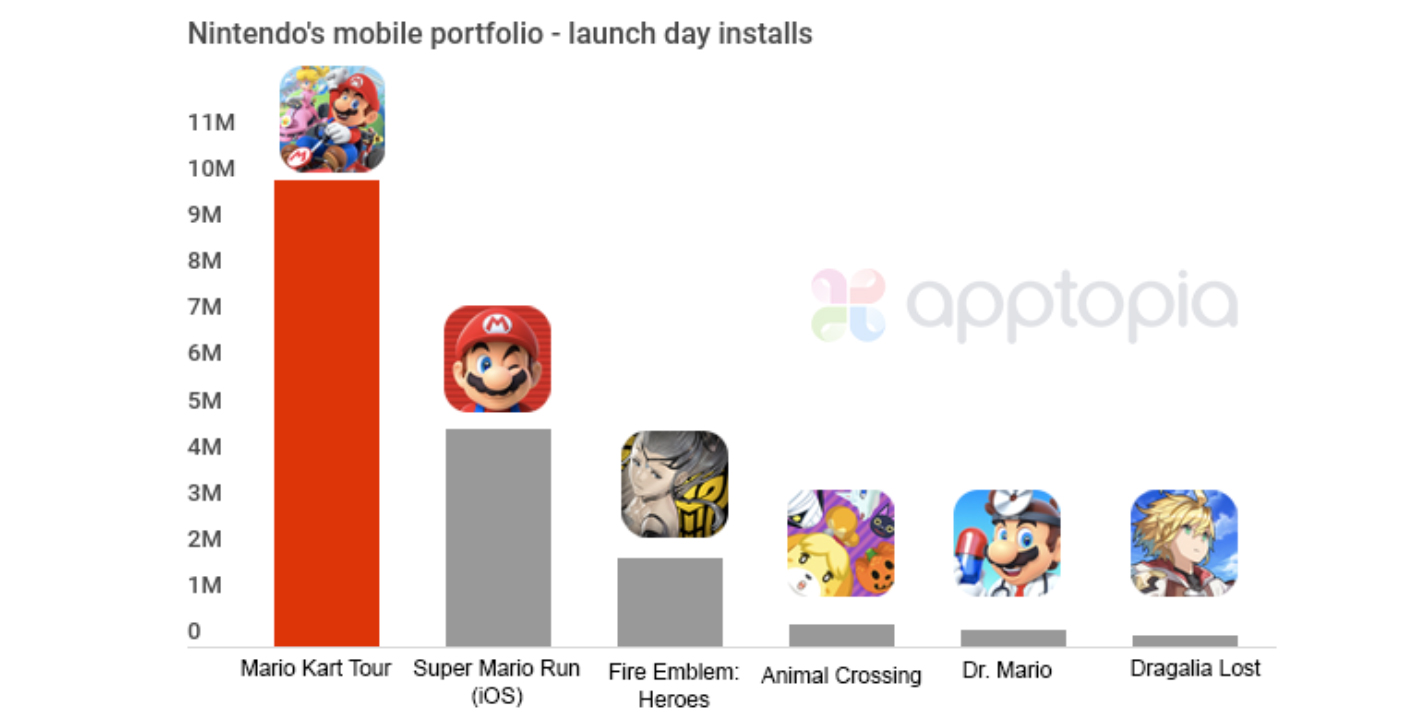 Mario Kart Tour courses are pulled from various entries in the iconic franchise, along with new tracks based on famous cities around the world.

Microtransactions aside, Mario Kart Tour is a stellar mobile port of an iconic franchise. The title faithfully recreates the classic Mario Kart formula for smartphones through a simplified control scheme that has players swiping left and right to steer, with the kart continually accelerating.

Unfortunately, similar to all of Nintendo’s mobile releases after Super Mario Run, the game’s in-app purchases ruin the experience.

Mario Kart Tour is available on iOS and Android for free.

Update 09/27/2019: The story has been updated with information from app analytics firm Sensor Tower.