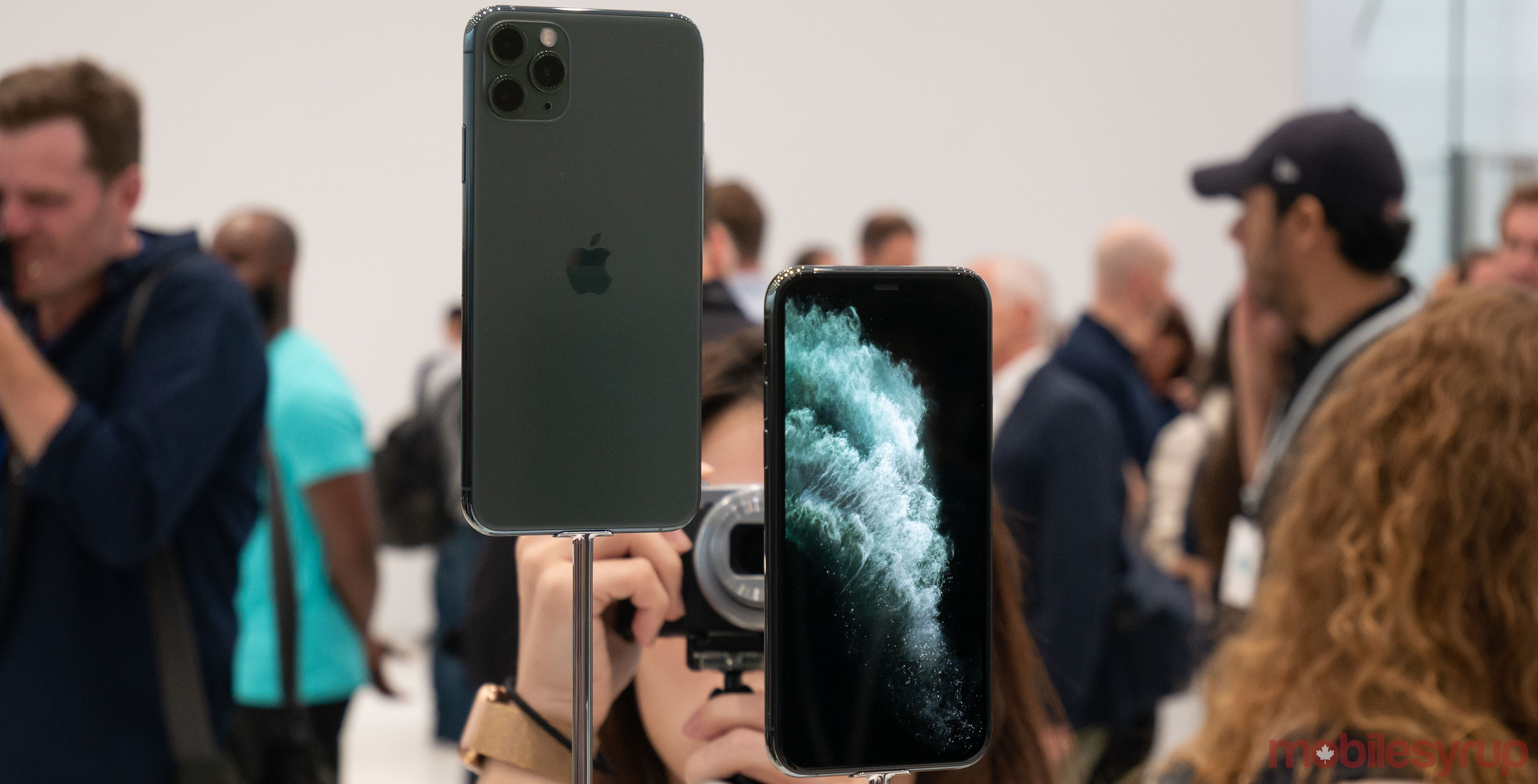 As usual, Apple is taking pre-orders for its latest smartphones, and the anticipation is high.

Apple will also go live with pre-orders online at Apple.ca and through its Apple Store iOS app. Most Canadian carriers will open pre-orders for the devices shortly after.

Best Buy Canada will open pre-orders for the new handset today as well.

Carrier pricing is now live. Check below for a break down of the subsidized pricing.

The Big Three also offer forms of device financing for those who don’t want to attach their phone to an expensive plan. Rogers offers Edge Financing, which allows customers to leave the store with the phone without paying any money at all. Edge financing breaks the price of the phone, taxes and all, equally over 24 months, but the customer will also need to purchase a two-year Rogers Infinite plan.

Bell and Telus also offer the ability to finance devices over two years, except customers need to pay the taxes upfront.

Subsidized pricing for the iPhone 11, 11 Pro and 11 Pro Max is very alike at the major three Canadian carriers.

The major three carriers also offer leasing options letting customers bring down the upfront cost if they bring the phone back after two years.

Freedom Mobile, unlike the other carriers, is offering different plans for the iPhone. There are different financing options that let customers pick exactly how much money they want to spend upfront with certain plans.

However, the 64GB iPhone 11 falls under the carrier’s Absolute Zero promotion.

With the carrier’s Big Gig Unlimited plan, customers can get the iPhone 11 for free. The promotion offers $0 upfront, $0 extra each month and $0 extra at the end of a standard two-year commitment.

The iPhone 11 is $0 upfront with Big Gig Unlimited + Talk 25GB, $90 per month plan alongside no MyTab charges.

RedFlagDeals user gets 10GB for $35 for the first 12 months from Walmart in B.C.

Would you rather: In-display fingerprint sensor or face unlock?