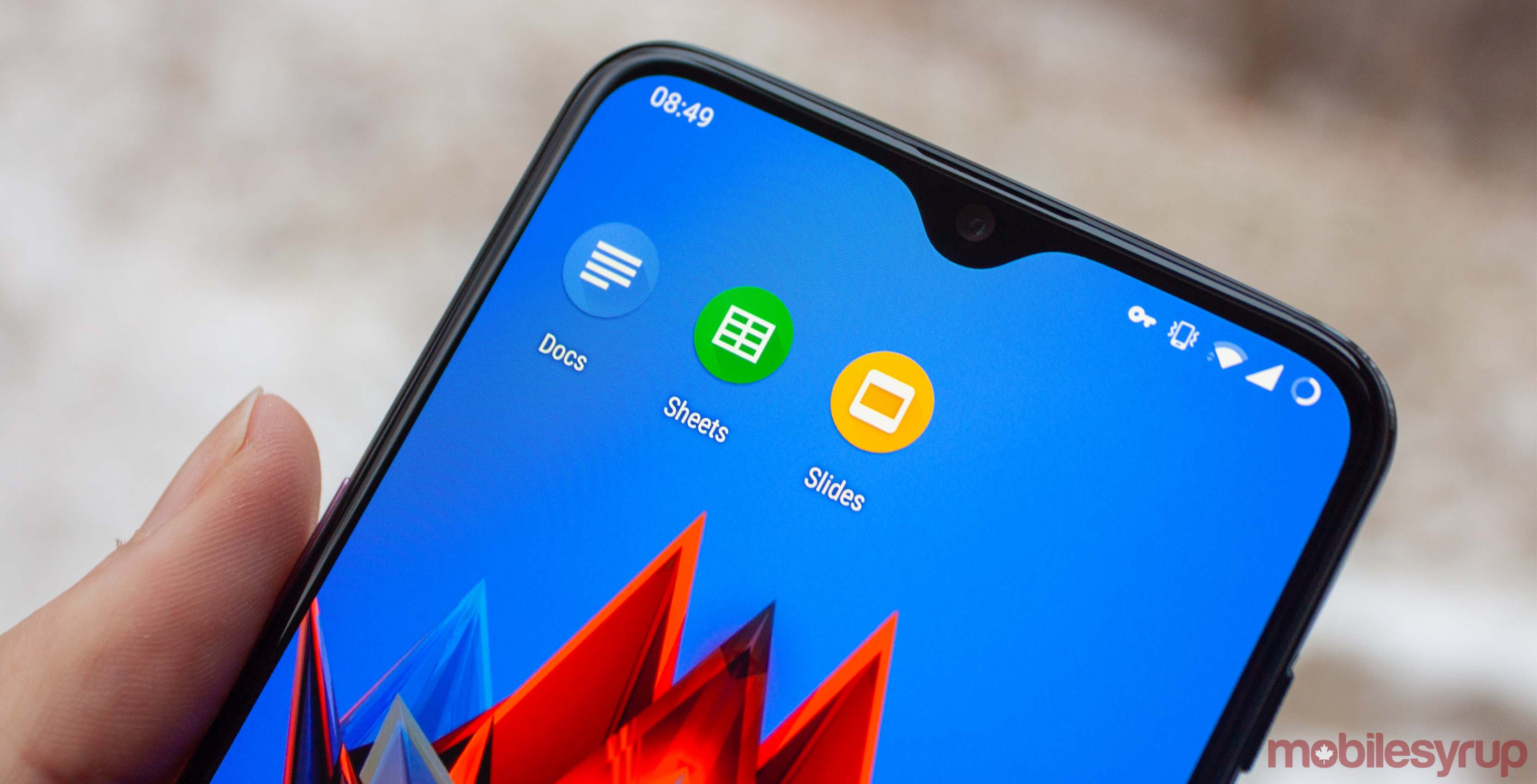 Google’s Material Theme is finally making its way to the Docs, Sheets and Slides apps months after Google Drive received the facelift on mobile and web.

The refreshed Docs, Sheets, and Slides apps sport the familiar Material Theme, which displays the top bar and most of the app in plain white. Along with the heavy use of white, Google centred the ‘Docs’ title and added its Google Sans font and four-colour logo. The search and ‘Open document’ folder icon remain in the top bar.

The redesign rounds the corners of all the files listed in each app as well. It also shows if multiple people are connected to a file with a helpful little icon.

The Floating Action Button (FAB) located at the bottom right of the app now has a similar colour palette to that of the Google logo. Tapping it reveals shortcuts for ‘New document’ and ‘Choose template.’ Interestingly, Google didn’t re-theme the icons to match the iconography throughout its Material Theme apps. Instead, Docs, Sheets and Slides feature the same symbols as before with new colours. 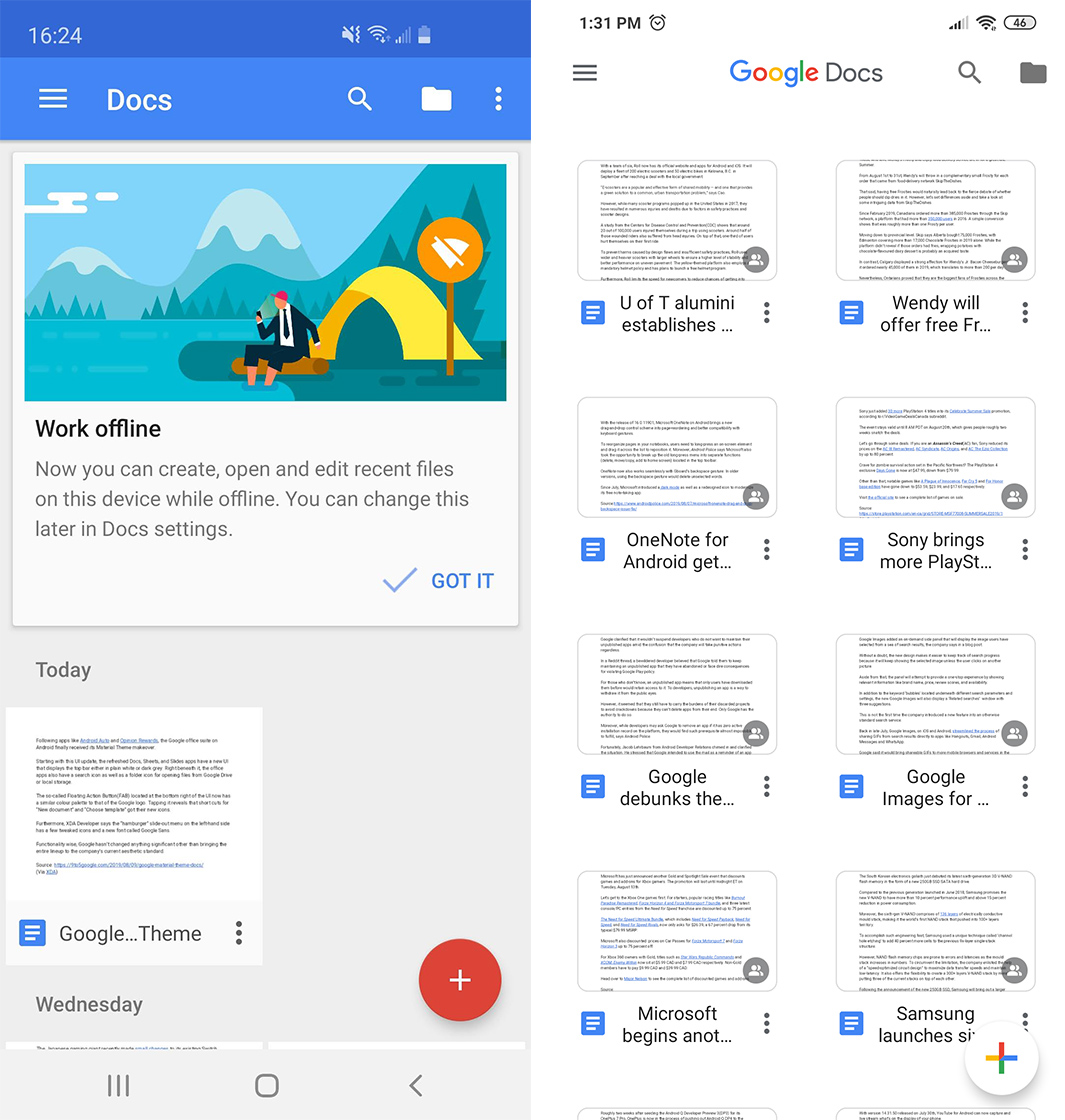 When you enter a file, things look mostly the same, save for the white top bar. Again, icons remain unchanged.

Further, the ‘hamburger’ slide-out menu on the left side received tweaked icons and the new Google Sans font. Surprisingly, Google didn’t take this opportunity to move several of the functions from the slide-out menu to a bottom navigation bar, as it has with other apps. Considering the upcoming gesture revamp in Android Q, transitioning away from that menu style is more important than before.

Beyond the changes to how these apps look, Google hasn’t added any new functionality. Docs, Sheets and Slides fans hoping for some cool new features, you’ll have to wait a bit longer.

The refreshed look appears to be part of app version 1.19.312.02.40 for Docs, Sheets and Slides. However, at MobileSyrup only a few of the phones running that version actually had the redesign. It’s likely part of a server-side roll out, which means your mileage may vary.