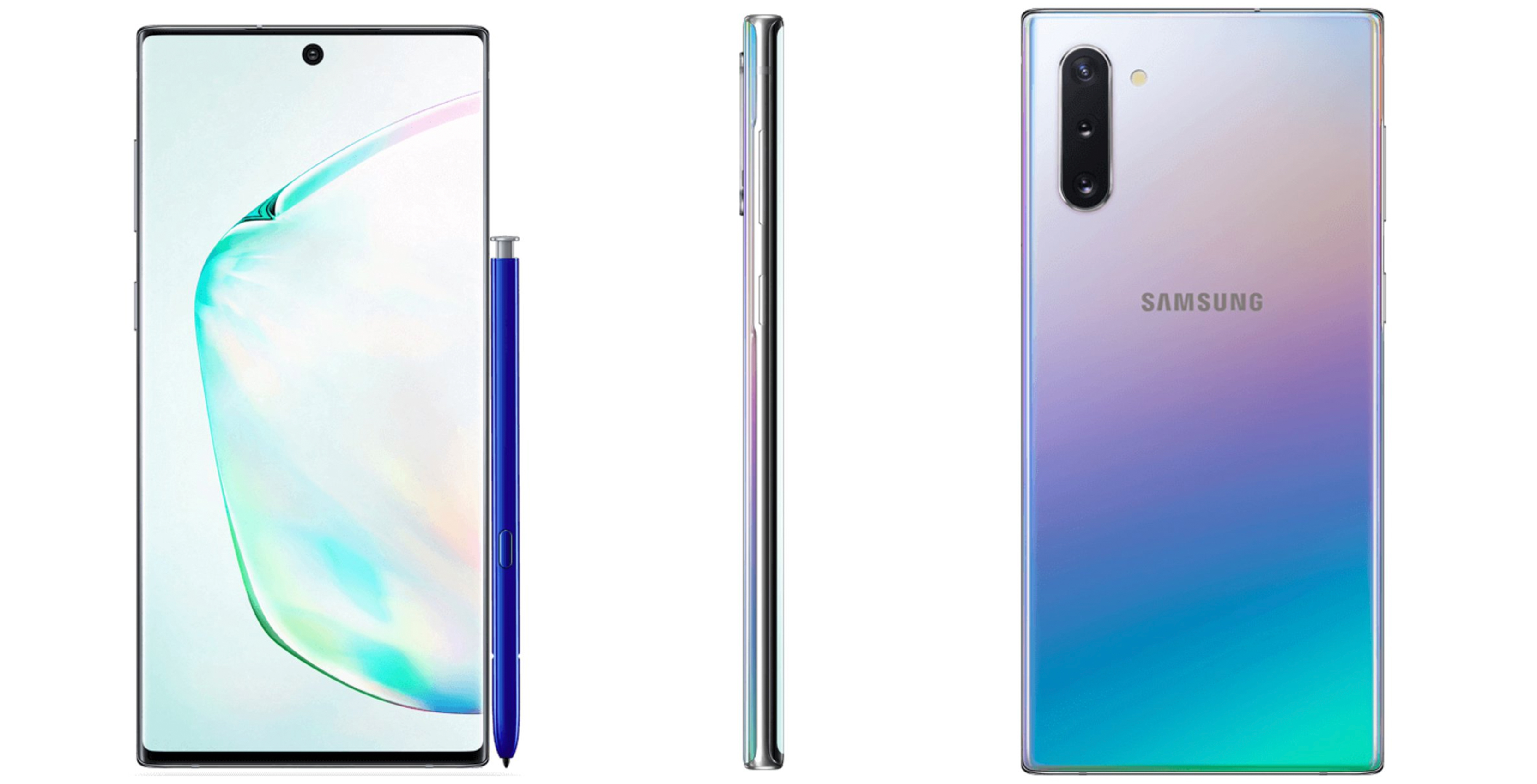 With the launch of the Note 10 two weeks away, frequent device leaker Steve Hemmerstoffer of @OnLeaks fame has shared final specs for Samsung’s pair of upcoming phablet smartphones.

According to Hemmerstoffer, the Note 10 will feature a 6.3-inch AMOLED display with cyclopean-like ‘Infinity-O’ cutout, Qualcomm’s new gaming-focused Snapdragon 855+ chipset, 8GB of RAM and a 3,600mAh battery with support for 45W fast charging. Corroborating past reports, Hemmerstoffer says the phone will ship with a 25W charger inside the box. Presumably, Samsung will sell a separate 45W charger that will allow Note 10 owners to take full advantage of their phone’s fast charging capabilities.

Additionally, the base model will include 256GB of fast UFS 3.0 internal storage. Notably, there’s no mention of microSD expandability, which suggests Samsung plans to drop support for the feature.

The phone’s rear camera array will consist of three shooters: a 12-megapixel wide lens, a 16-megapixel ultra-wide lens and a 12-megapixel zoom lens. Lastly, the new generation S-Pen will include “Air Actions” gestures.

Where the Note 10+ differs from its sibling is that it will feature an additional ‘DepthVision’ time-of-flight camera, a higher-capacity 4,300mAh battery and a bigger 6.8-inch display. Otherwise, the two phones are identical internally.

Galaxy Note10, Note10+ model.
I don't know where the photo comes from, please let me know if you know it. pic.twitter.com/XKA4qLs7yw

Samsung will announce the Note 10 and Note 10+ on August 7th. If there’s anything else left to find out about the Note 10, we’ll likely learn over the next couple of days.

Update 07/23/2019 3:21pm ET: Roland Quandt (@rquandt) has also shared renders and detailed Note 10+ specs. One of the photos included in Quandt’s tweet give us our best look yet at the S10+’s time-of-flight sensor yet.

Update 07/23/2019 10:09am ET: Another frequent source of device leaks, Roland Quandt (@rquandt) has shared additional details on the Note 10, helping to complete our picture of the device. In an article published over on WinFuture, Quandt writes the Note 10 will feature an in-display fingerprint sensor that utilizes ultrasonic waves to authenticate an individual’s fingerprint.

Most notably, Quandt provides additional context about the ‘Air Gestures’ feature Hemmerstoffer mentioned in his leak. According to Quandt, the new S-Pen will allow Note 10 users to navigate the phone’s UI without actually touching the tip of the stylus to the phone. Additionally, the new S-Pen will feature IP68-rated water and dust resistance.