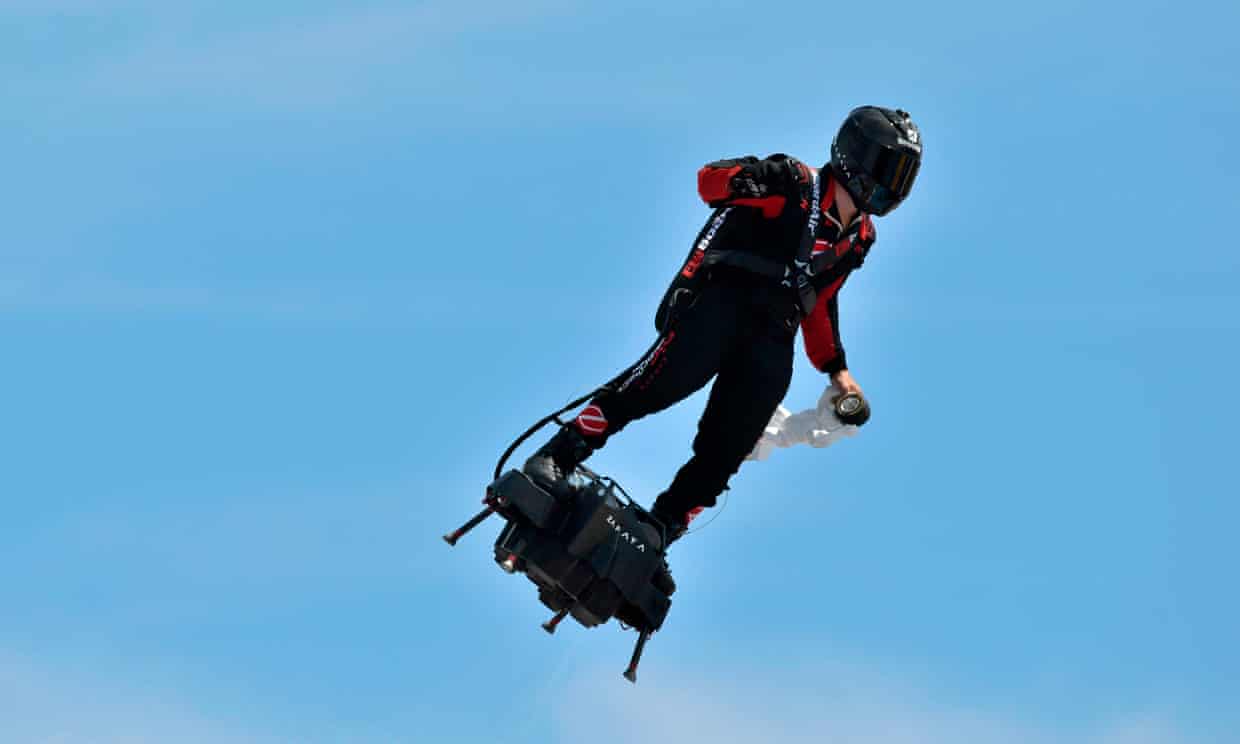 Franky Zapata, the creator of Flyboard Air, says he plans to cross the English Channel on July 25th on his jet-powered hoverboard to mark the 110th anniversary of the first airline flight between the United Kingdom and France.

According to The Guardian, Zapata is expected to cross from Sangatte near Calais, France to St. Margaret’s Bay near Dover, United Kingdom in 20 minutes. He will refill halfway in the channel with maritime support.

The Flyboard Air is powered by five mini turbo engines that allow the hoverboard to run autonomously for 10 minutes with speeds of up to 118mph (190km/h). For the channel cross, Zapata is expected to reach 86.9mph (140km/h).

“It’s the realization of a dream,” says Zapata to Le Parisien. “It won’t be easy at all and I reckon I’ve a 30 percent chance of succeeding.”

Zapata claimed that this flight had been approved by the civil aviation authority but not so much by the maritime authorities, whose official explains that stationing a refueling ship in the middle of the Channel would pose a risk to other ships

“We have advised against the crossing because it is extremely dangerous given the traffic in the Channel, one of the busiest [shipping] straits in the world,” said the French maritime authority. However, the maritime authority did not ban the crossing. They asked Zapata to inform the coast guard and rescue team if he ran into problems in the English Channel.

Zapata has not specified a take-off time but he said it would depend on the weather condition. He has not decided whether he would refuel his hoverboard by landing on the ship or hovering over it, the latter would pose a greater risk but would grant him a true cross-channel flight.

Franky Zapata, currently 40, is a former jet ski champion and a reservist in the French military. He became known as the “flying soldier” after he invented the jet-powered hoverboard. The French government awarded Zapata with a 1.3 million euro grant for the invention of Flyboard Air, which he demonstrated during the Bastille Day parade.