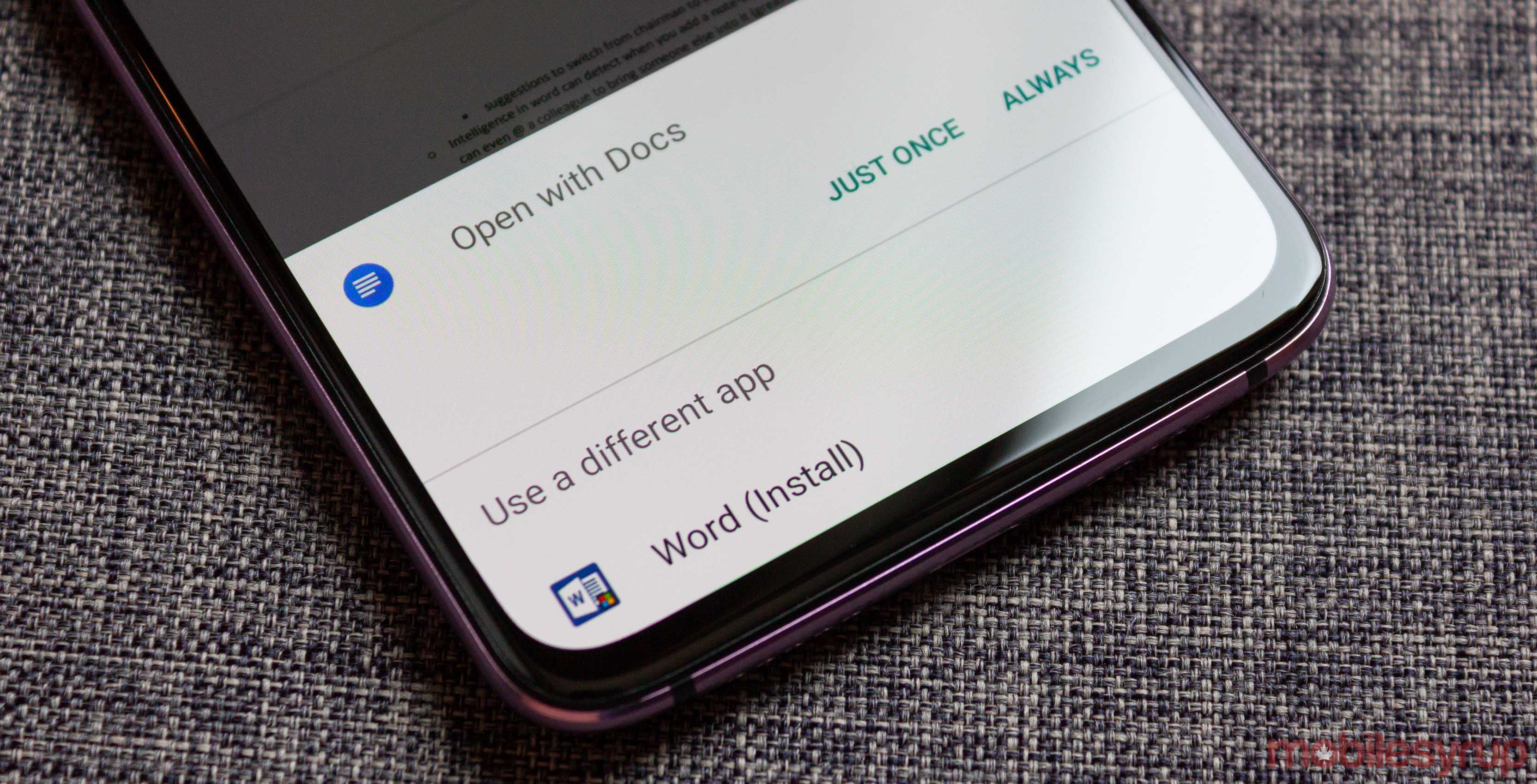 Over the last few years, Microsoft has gotten quite good at sneaking small advertisements into unexpected places. For example, back with the Windows 10 October 2018 Update, the Redmond, Washington-based company tested a pop-up that urged users to stick with Edge over browsers from competitors because it was “safer” and “faster.”

While Microsoft ultimately backpedalled on the idea — and later switched to building its Edge browser on Chrome, embracing the competition it fought so hard against before — it hasn’t entirely abandoned the behaviour.

Android Police discovered that the company is using the Share menu in Android to sneak subtle ads for its apps in front of users. For example, Microsoft’s Your Phone app will suggest Office apps to open files with ‘.pptx,’ ‘.xlxs’ and ‘.docx’ formats. The behaviour isn’t new, with reports of it dating back to when Your Phone was in testing. Now that it’s available to everyone, the function is more prominent.

The suggestions branch across to other apps as well. Trying to open Word documents from my Google Drive storage sometimes earns a prompt to open it in Microsoft Word, which I don’t have installed on my phone. Tapping the Word option opens the Play Store to install the app.

Ultimately, the behaviour shouldn’t significantly affect users. Going back to the Word example, other apps like Docs and Drive are still options to open .docx files. Prompting users to install apps this way could even be helpful for some.

Sharing images also pulls up a prompt, but this time around it’s for OneDrive. Since people often share photos, such as to messaging or social media apps, the OneDrive prompt could get in the way and proove much more annoying.

It’s worth noting that the behaviour isn’t consistent across Microsoft’s apps. I don’t have the Your Phone app on my devices but was able to reproduce prompts to open files in Office apps like Word. According to a Reddit user, the Your Phone app seems to push the OneDrive prompts for images.

The more significant issue with these Share sheet ads is that other developers may pick up on the technique, and the Android Share menu could become a mess of apps and advertisements with no way to sort or remove options you don’t want.

Hopefully the changes in Android Q are enough to prevent these sly ads.