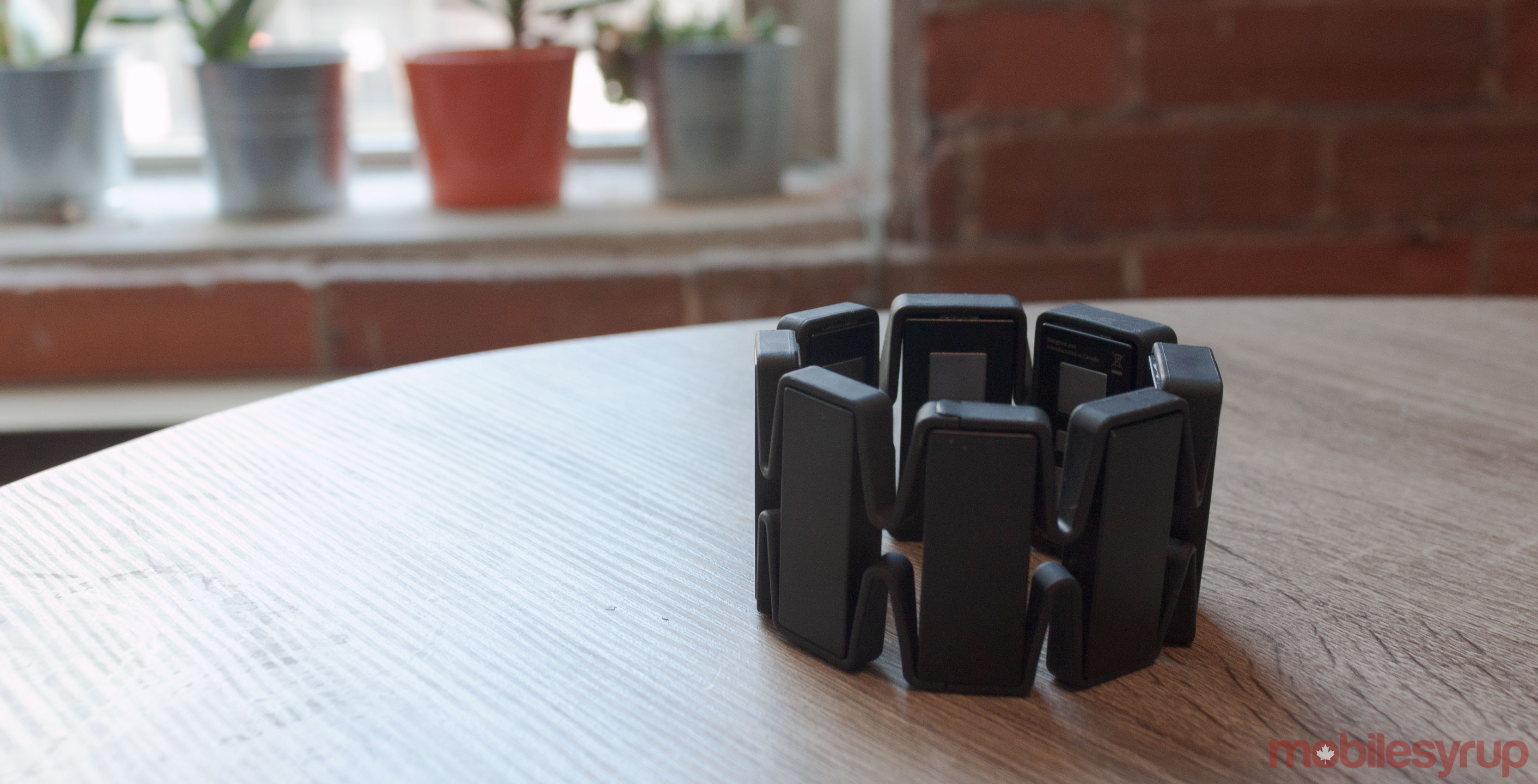 New York-based CTRL Labs, which is working on a device that can translate electrical muscle impulses into digital signals, has acquired the patents for Kitchener-Waterloo-based North‘s armband technology. The price of the IP acquisition was not disclosed.

The Myo armband, created by North, named Thalmic Labs at the time, used electromyography (EMG) sensors to measure and record electrical impulses given off by muscles. By digesting these pulses, the armband can control a device based on the gesture, which, in turn, made the armband an “extension” of a user’s actions. The Myo armband enabled workers in industries such as construction, field service, and healthcare to interact with smart glasses using subtle hand and finger gestures while on the go.

“We’re excited to acquire assets that drive our mission and to integrate the Myo IP pool with our developer offering,” Josh Duyan, chief strategy officer of CTRL-labs, told BetaKit. “We look forward to building on these inventions and supporting the developer community that got started with the Myo band. This is an important step toward the future of universal control and our unwavering commitment to novel neural interface technology.”

“You may have read in today’s news or in an email front North that we’ve acquired the Myo IP,” the statement read. “We did this for you. We’re excited by the potential in your work. We’ll bring these inventions back to life in CTRL-kit, our hardware and SDK+API, so you can imagine new possibilities.”

Myo tracked 10,000 orders in the first few hours of sale and received 5.5 million views on its launch video. But despite its popularity, Thalmic Labs pulled sales of the product in October, before launching its smart focal glasses. The company received $24 million from the federal government in December through the Strategic Investment Fund to help the company scale its new product.

In April, the company laid off a reported 150 of its employees, about one-third of its staff, soon after it began shipping its smart glasses and opened physical showrooms in Toronto and Brooklyn, New York. North also soon dropped the price of Focals by almost 40 percent, from $1330 CAD to $799 CAD. The government also suspended its $24 million Strategic Innovation Fund investment in light of the massive layoff.

CTRL Labs is currently developing non-invasive neural interface technology, to create a direct communication pathway between an enhanced or wired brain and an external device. Its CTRL-kit is a wireless, non-invasive EMG device that translates neural signals into control. Using the CTRL-kit SDK and API, developers can begin integrating neural control into their applications. According to TechCrunch’s reporting, CTRL-labs executive Josh Duyan said that the connection with North came about due to mutual investor Spark Capital, who participated in the company’s $14 million CAD ($11 million USD) round in June 2016.

One of its co-founders is Thomas Reardon, who was the CEO and co-founder of Avogadro, which was acquired by Openwave, where Reardon served as CTO. He was also the creator of the Internet Explorer project at Microsoft. CTRL’s investors include Fuel Capital, Matrix Partners, and Founders Fund, among others. This year, it raised $36 million CAD ($28 million USD) from GV, Google’s venture capital arm, and Amazon’s Alexa Fund, bringing its total funding raised to $87 million.

“We’re incredibly proud of Myo, all the people that helped us bring it to life, and those who built amazing applications on top of it. It was bittersweet to sunset the product late last year alongside the launch of Focals,” Stephen Lake, co-founder and CEO of North, told BetaKit. “I’m glad to see the IP go to a great new home with CTRL-labs. We’re excited to see the work live on in a new form.”