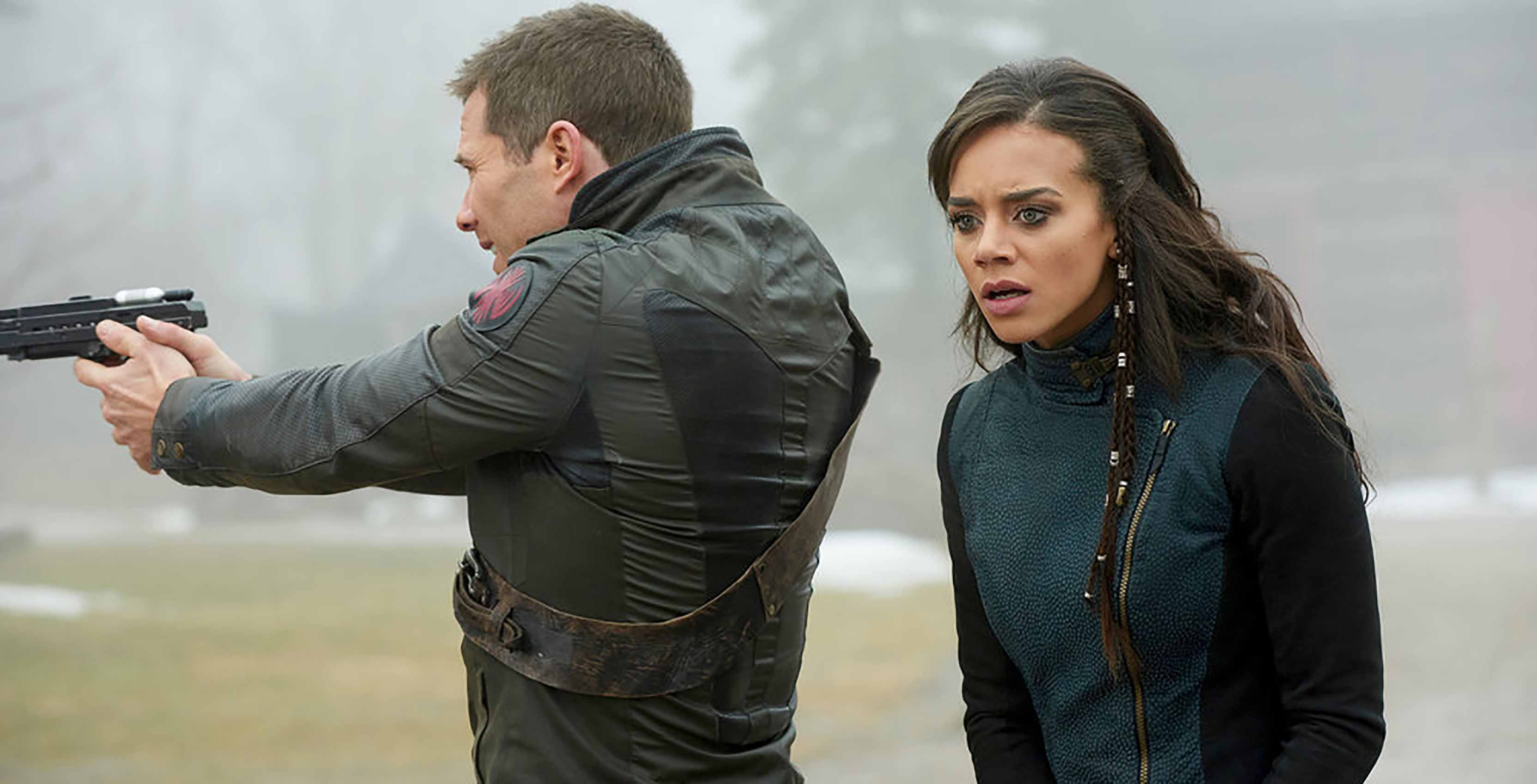 The fourth and final season of Syfy’s sci-fi mystery drama series 12 Monkeys is now streaming on Amazon Prime Video. Loosely based on Terry Gilliam’s 1995 film of the same name, the series follows two time travelling strangers who must team up to stop a villainous organization called “Army of the 12 Monkeys.”

It’s worth noting that much of the series was filmed in Toronto.

The Hate U Give

Based on Angie Thomas’ 2017 novel of the same name, the critically-acclaimed The Hate U Give follows Starr Carter, a high schooler who must stand up for what’s right once she witnesses a fatal police shooting.

Stream The Hate U Give here. Note that a $15.98 CAD/month Crave + Starz subscription is required.

Just a few weeks ahead of the premiere of Killjoys‘ fifth and final season, Crave has added the fourth season of the popular Canadian Space Channel series.

Killjoys is set in space and follows a trio of bounty hunters that must fight to protect both their friends and themselves once their pasts come back to haunt them.

The Old Man & the Gun

The Old Man & the Gun is based on the real-life career bank robber who was famously profiled in David Grann’s 2003 The New Yorker article of the same name.

It’s worth noting that Redford announced his retirement from acting after completing The Old Man & the Gun, not including the legendary actor’s already-filmed cameo for Avengers: Endgame, which released several months later.

Stream The Old Man & the Gun here. Note that a $19.98 Crave + Movies + HBO subscription is required.

Crave has added the first seven movies from Lionsgate’s popular Saw horror franchise — I through VI, as well as 2010’s 3D. Crave already had 2017’s Jigsaw, the eighth film in the franchise, meaning that the streaming service now has the entire Saw franchise available for viewing.

The Saw movies focus on the deranged Jigsaw Killer, who forces his victims into elaborate, lethal traps to see who can escape.

Saw 1 — VI and 3D were released between 2004 and 2010. The series was created by frequent horror movie collaborators James Wan and Leigh Whannell (Insidious).

With the original Avengers given their proper sendoff in Avengers: Endgame, revisit where it all began in 2012’s seminal The Avengers. The film follows Iron Man, Captain America, Thor, The Hulk, Black Widow and Hawkeye as they team up to save the Earth from the villainous Loki.

It’s interesting to see Netflix get an older Marvel Studios movie, given that new release Disney-owned content isn’t coming to the streaming service as the Mouse House gears up to launch Disney+ later this year.

The series was created by documentarian Kelly Loudenberg (Black Ice).

Stream both seasons of The Confession Tapes here.

The second season of Netflix’s acclaimed Original German sci-fi thriller series Dark is now streaming. Dark is a time-travelling story that follows various families as they try to find their missing children.

The eighth and final season of hit Canadian comedy series Mr. D is now on Netflix. The shot-in-Halifax series follows the misadventures of an under-qualified schoolteacher named Gerry Duncan.

What are you streaming this weekend? Let us know in the comments.