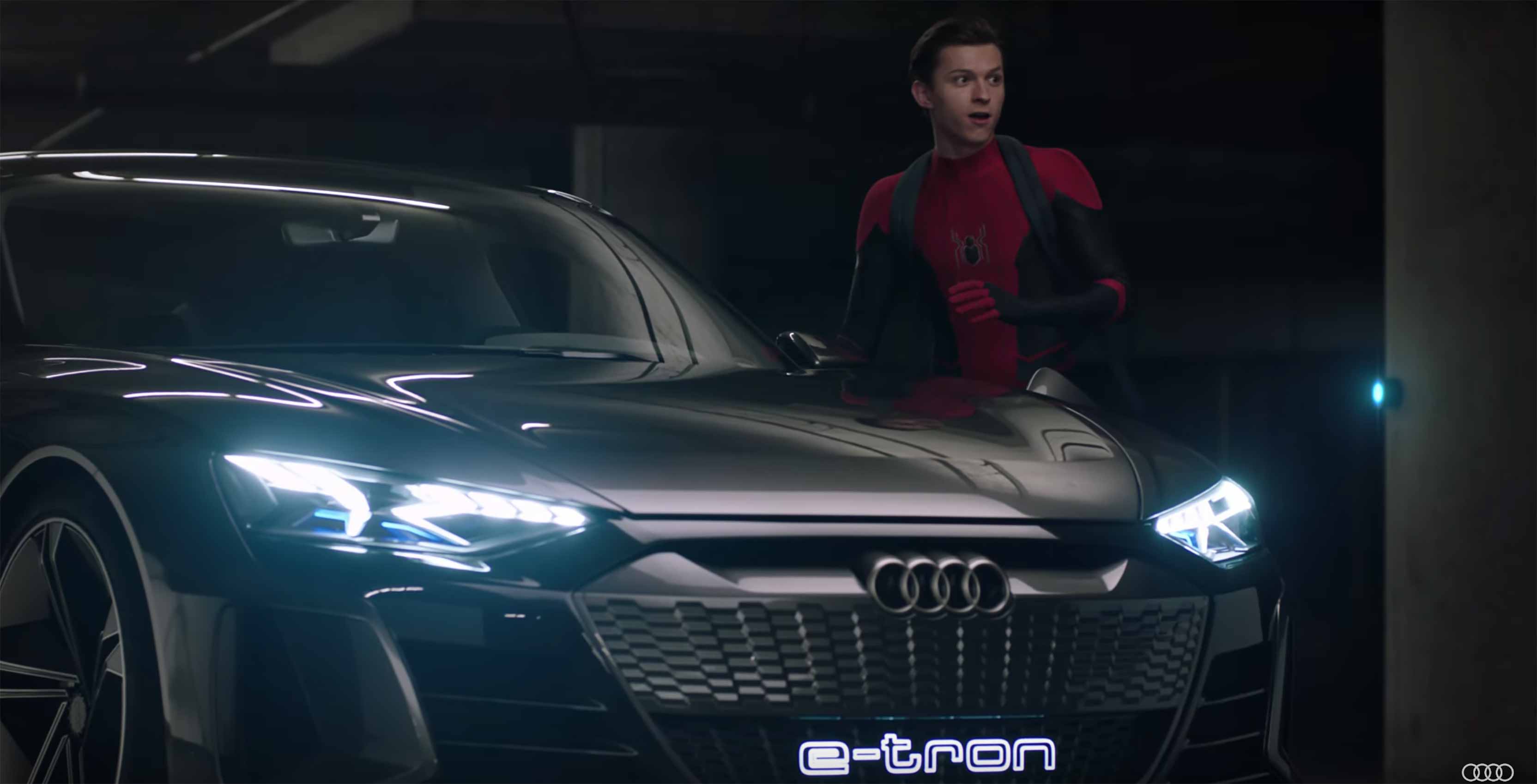 For a while now, Audi has been one of the few automotive companies to lean heavily into marketing its electric vehicles.

Audi has confirmed that its e-tron electric vehicle will be featured at some point during the film, as well as at the world premiere in Hollywood on June 26th. Spider-Man: Far From Home swings into theatres on July 2nd.

Further, the company has put out a three minute short called ‘Science Fair’ featuring the e-tron and Peter Parker/Spider-Man and his friend Ned Leeds. Tom Holland and Jacob Batalon reprise their roles as Peter and Ned, respectively. In the short, Peter and Ned try to nab the top prize at their school’s science fair by showing off Audi’s e-tron.

This isn’t the first Audi product placement in a Marvel Cinematic Universe film. Earlier this year, Tony Stark could be seen driving an e-tron in Avengers: Endgame. As well, Iron Man actor Robert Downey, Jr. drove an e-tron to the world premiere of the film.

At the Consumer Electronics Show in January, Audi also revealed a new Marvel game that could only be played in its e-tron vehicles.