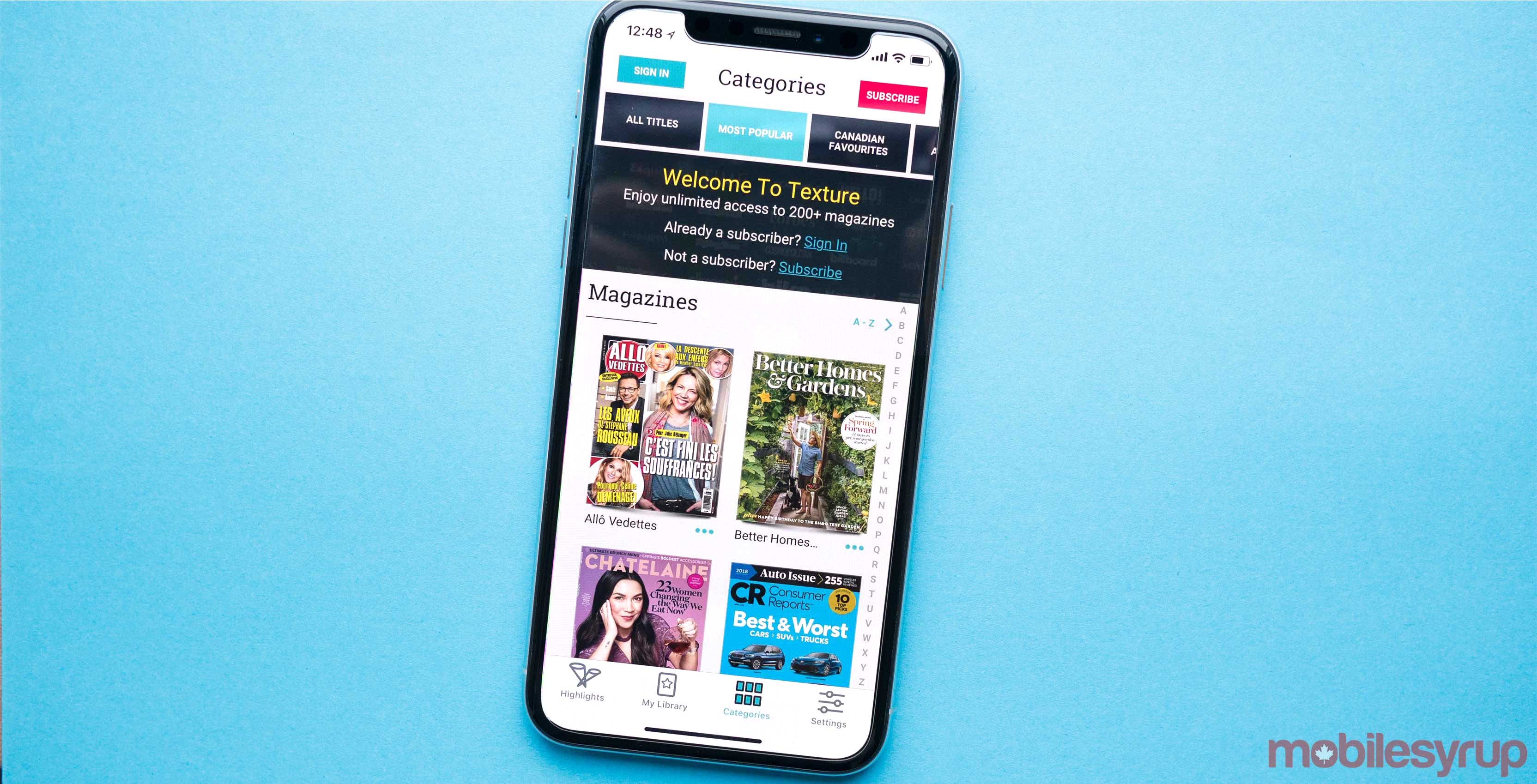 This is simply a reminder as the news was made public when Apple unveiled Apple News+ on March 25th.

In Canada Apple News+ costs $12.99 CAD per month and has access to over 300 magazines, including 30 Canadian publications. Along with magazines, users get the Los Angeles Times and Wall Street Journal in the U.S. and the Toronto Star in Canada.

A report in April suggested that Apple paid $485 million for Texture, noting “the sale price of $485 million included a $100 million up-front payment to four publishers who teamed up to launch Texture — Condé Nast, Meredith and Hearst and Rogers in Canada — plus their venture backer, KKR. Going forward, the four publishers got a minimum of $145 million in the first year, followed by a minimum $240 million for the second and third years.”

For those who loved using the Texture service, Apple is giving a free 1-month trial of Apple News+ for new subscribers.

Apple could relaunch Texture as early as spring 2019