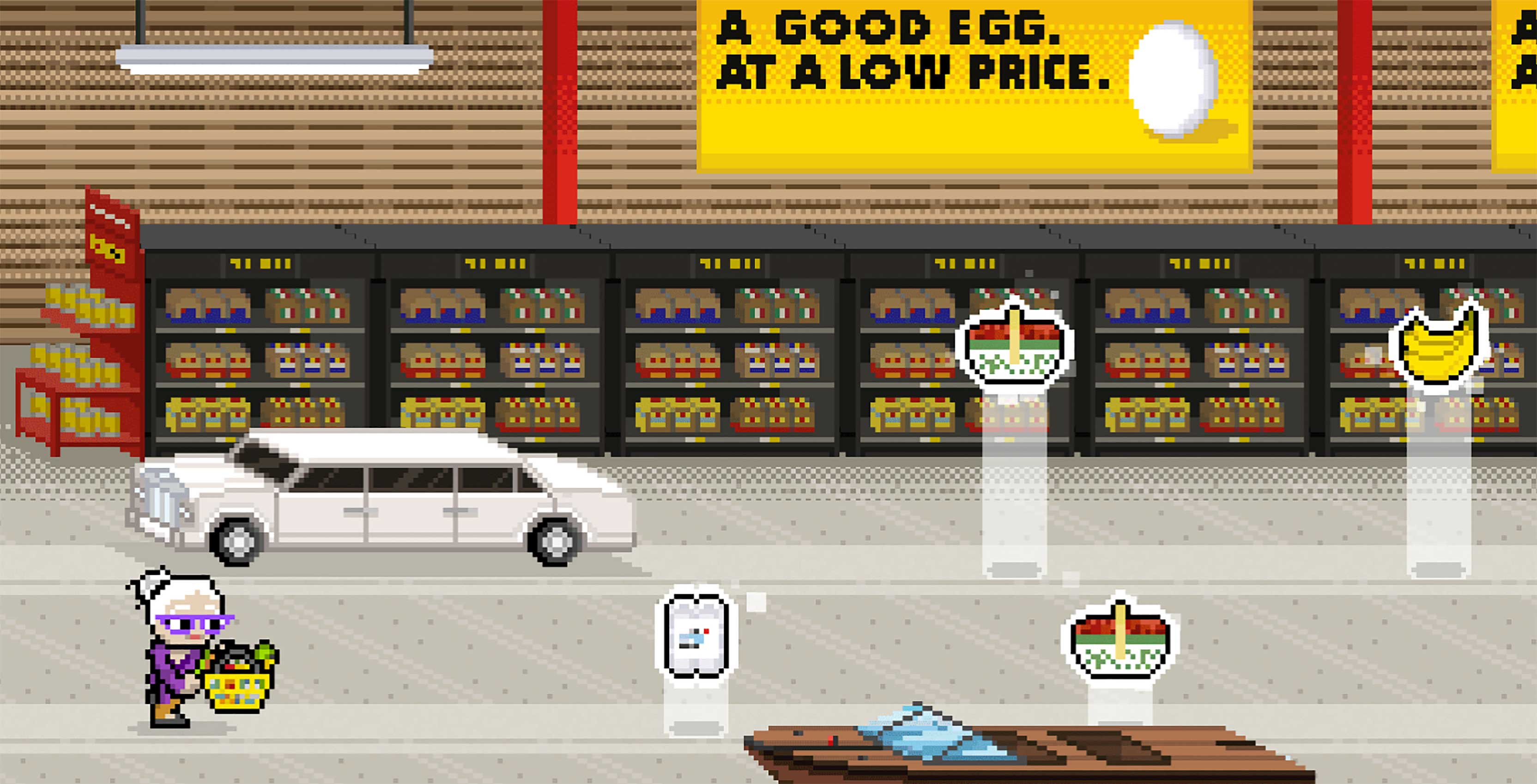 New mobile games are released every day, but how often can you say that a major Canadian supermarket chain releases one?

Well, No Frills can now do exactly that with the launch of its free-to-play browser game Hauler: Aisles of Glory.

The game, which can be played in both mobile and desktop browsers, puts players into the critical role of a hauler as they run through a No Frills to collect products. Hauler is presented through a nostalgic 8-bit visual style and lets you play as one of five characters, including young men and women and a cute granny.

In terms of actual gameplay, Hauler is rather simple, with players using the up and down arrow keys to avoid obstacles and the space button. On mobile, these appear as virtual buttons to tap on the screen.

You’re encouraged to collect as many food or household cleaning items as you can, but you’ll have to avoid hazards like diamonds, champagne towers and even speed boats. You can also pick up a few different power-ups, including an extra life, triple jump or haul magnet. 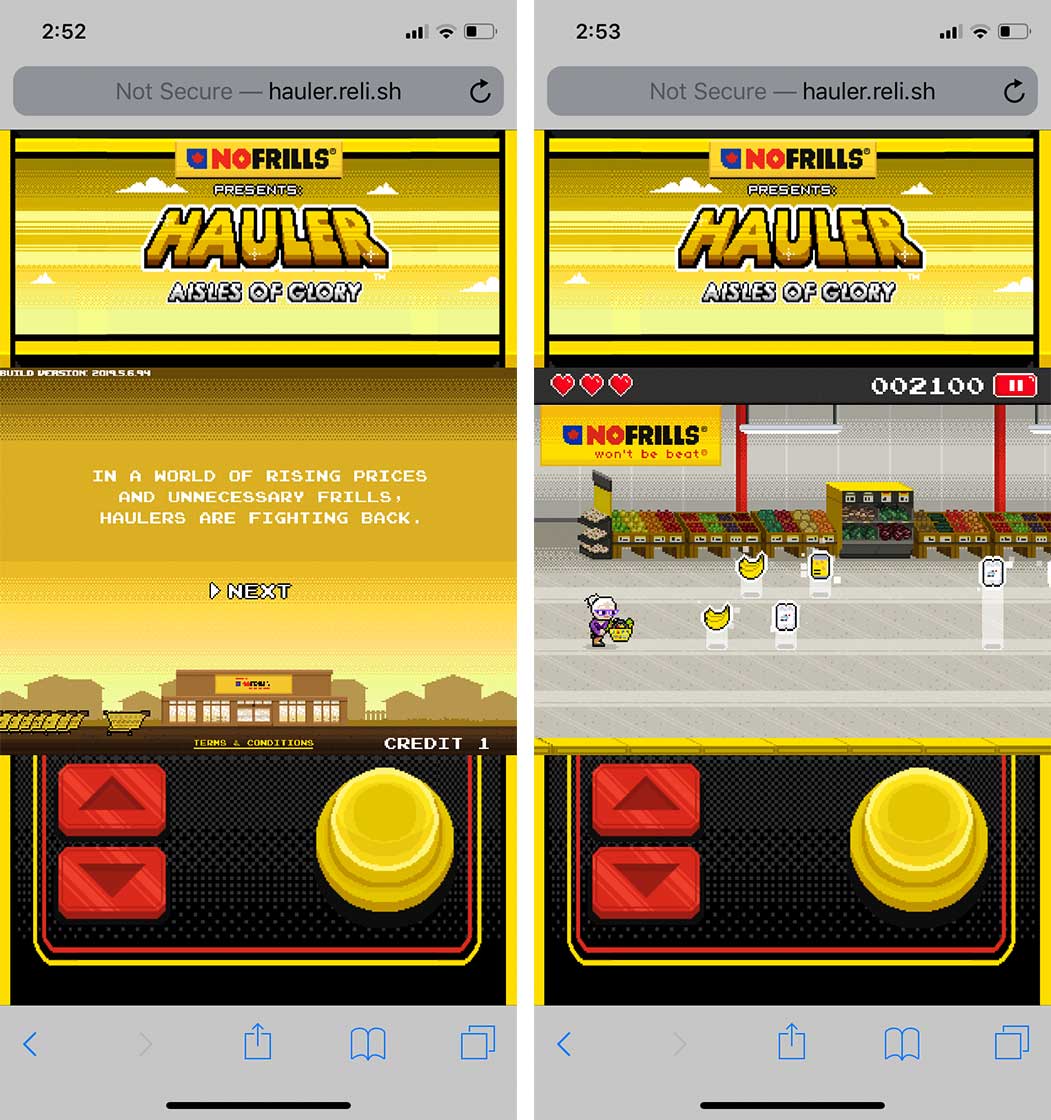 The most notable thing about the game, though, outside of its significant No Frills store promotion, is the fact that it rewards you with up to 500 PC Optimum points for playing daily. No Frills says it will continue to reward players until they have been awarded 50 million cumulative points.

Play the game to find out if the hauler’s life is for you here.

If you want to add to the experience, No Frills has hauler-themed clothing, too.