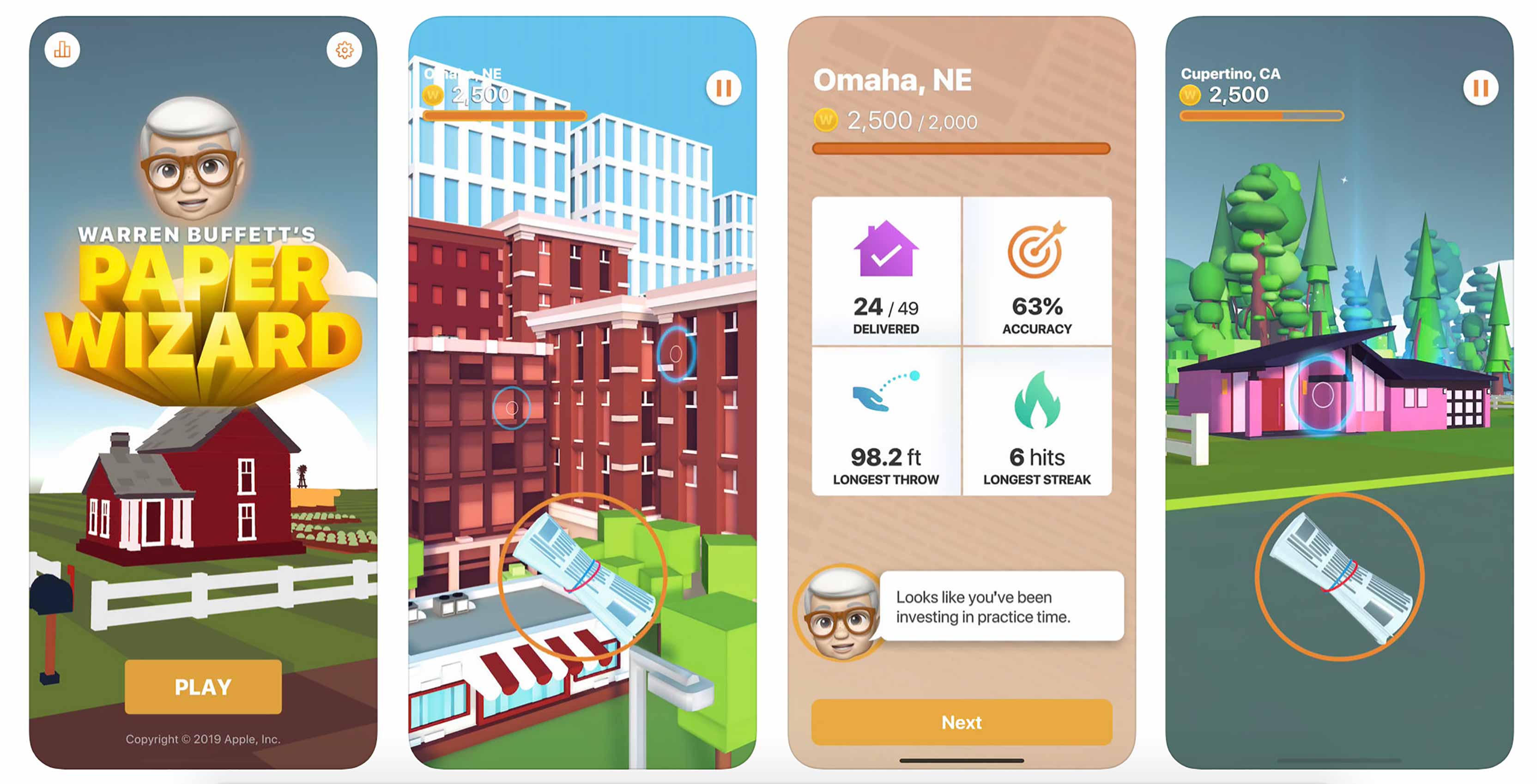 Apple doesn’t always release iPhone games, but when it does, it prefers to work with multi-billionaires.

The Cupertino, California-based tech giant has partnered up with Warren Buffett — business mogul and one of the wealthiest people on the planet — to launch a new free-to-play iOS game called Warren Buffett’s Paper Wizard.

In the game, players must delivery newspapers to nearby houses by using the touchscreen to control trajectory and power.

While Los Angeles-based media company Wildlife Designs is credited with developing Paper Wizard, Apple holds all of the rights to the game, making it Apple’s first App Store title in nearly 11 years. The only other iOS title Apple has released is Texas Hold’em, a premium-priced poker game that debuted with the App Store in 2008.

In addition to being free to play, Paper Wizard doesn’t actually feature any in-game purchases. Instead, the official Paper Wizard website says the game has been made free “so you can invest your money elsewhere.”

To that point, the whole existence of the game stems from the fact that Buffett has invested in Apple. For that reason, Apple CEO Tim Cook made a surprise appearance in a video with Buffett at holding company Berkshire Hathaway’s annual meeting this past weekend in Omaha, Nebraska.

In the video, Buffett visits a top-secret Apple lab to brainstorm ideas for new inventions, including a time machine that Buffett jokingly says he would use to tell his childhood self to buy Apple stock. Cook then suggests Buffett make a newspaper-tossing mobile game inspired by Buffett’s childhood newspaper delivery job and subsequent newspaper-tossing contests at the Berkshire Hathaway annual meetings.

“Warren Buffett used to participate in a paper-toss competition during the annual Berkshire Hathaway shareholders meeting. Due to the popularity of the event, Warren couldn’t toss against everyone. So he found another way for all of his fans to challenge him,” Apple and Wildlife Designs explain as the reason for making the game in an FAQ page.

While we have no shot at topping Buffett’s roughly $85 billion USD (about $114 billion CAD) net worth, we now at least have a chance of beating him at newspaper tossing, right?

The game can be downloaded from the App Store here.