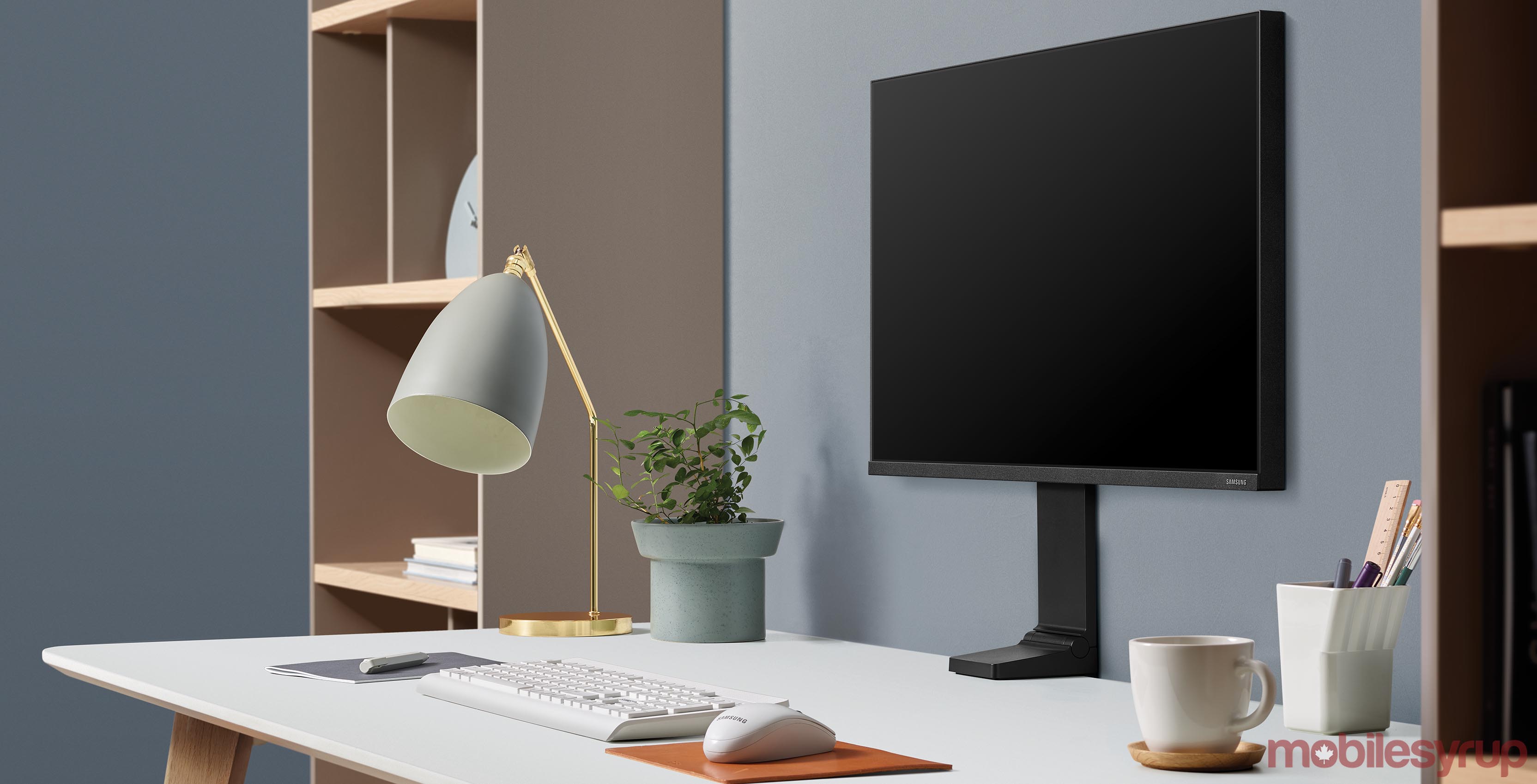 Samsung’s excellent Space Monitor, first shown off at CES 2019, is making its way to Canada.

The South Korean manufacturer designed the Space Monitor to save desktop space in work environments. The monitor relies on a clever hinge and clamp system, allowing it to attach to the edge of a desk and fold up and down with ease.

By using a clamp to hold onto the edge of a desk, Samsung says it’s monitor increases usable desk space by 40 percent.

The hinge, however, really sets the monitor apart. Samsung designed the hinge to sit inside the monitor’s body, allowing the Space Monitor to rest flush against the wall. Users can also pull it forward, swinging the monitor down to rest on the table if they need.

Further, the arm of the hinge has a recessed channel to hold your cables — a boon for cable organizers everywhere.