Google+ lives on as Google Currents for G Suite users 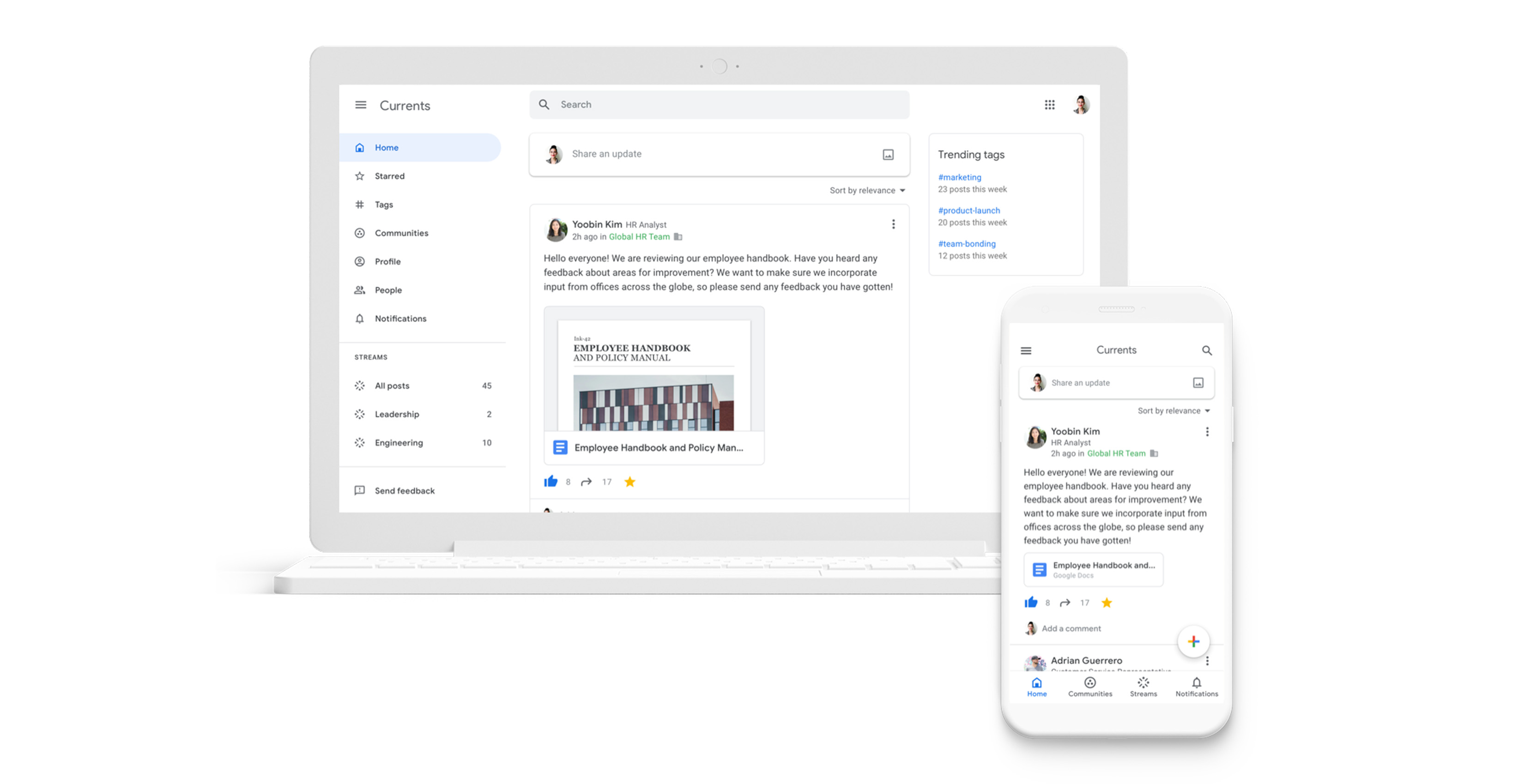 Along with several updates to G Suite, Google is rebranding what remains of the recently shut down Google+ social network.

Google began shutting down the consumer version of Google+ on April 2nd, but the enterprise version is getting new life as Google Currents, along with a new look and feel.

While some may find it doesn’t look much different from Google+, Google did streamline the platform so it’s faster to post and tag content. Further, company executives can prioritize posts so employees see them in their stream.

The program is launching in beta, and G Suite companies can now request access. Google+ G Suite posts will transfer over to Currents automatically. 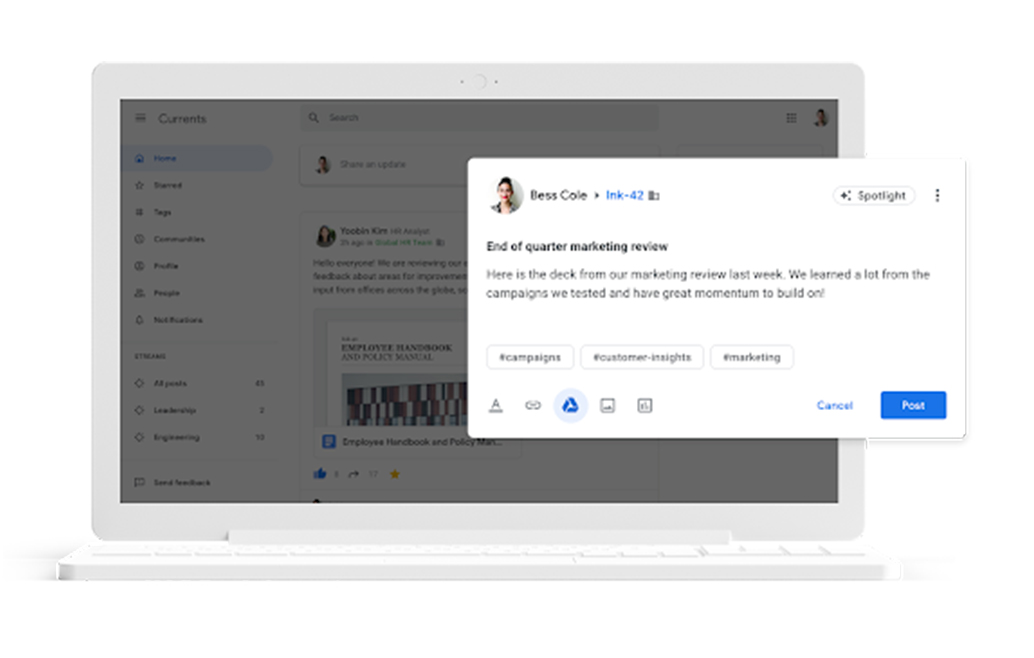 It’s also worth noting that this isn’t the first time Google has used the name ‘Currents’ for a product. Previously, Currents was a magazine app that came before Google Play Newsstand, which in turn lead to Google News.

Hopefully, Currents lives on in its new form as Google’s enterprise networking platform instead of getting shut down twice. Although, if any company could do that, it’d be Google.