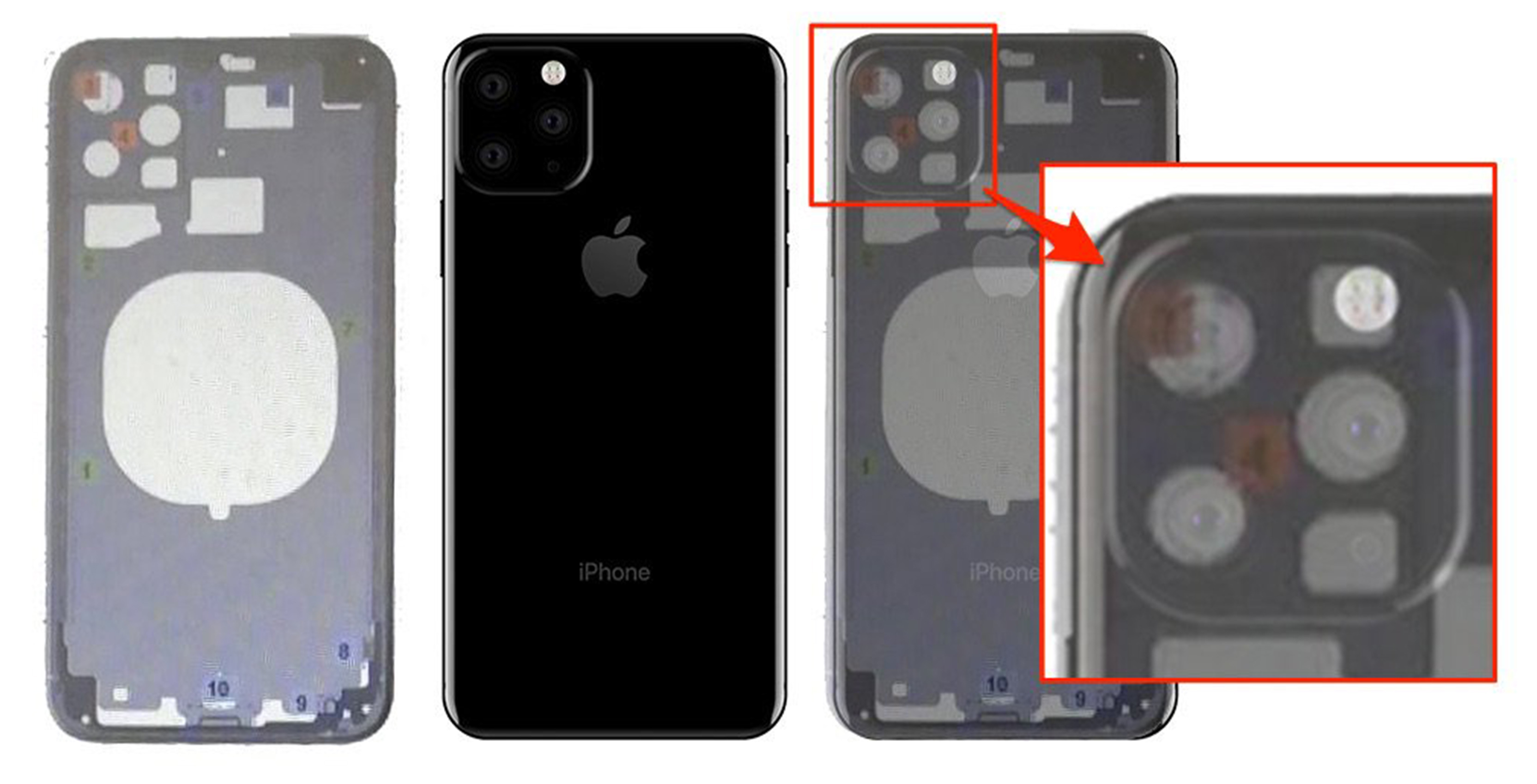 If recently leaked design documents courtesy of sometimes reliable leaker Steve Hemmerstoffer (@OnLeaks) are accurate, at least one of Apple’s 2019 iPhones will feature a triple-rear camera setup in a triangular layout.

Hemmerstoffer posted the iPhone schematic alongside an earlier released CAD mockup based on a similar design leak. What’s immediately apparent about the leaked photo is that the iPhone appears to feature three lenses on its rear.

Rumours regarding Apple’s next iPhone featuring a triple-rear shooter setup have been circulating for a few months now, with notable Apple analyst Ming-Chi Kuo being one of the first to report on the camera hardware shift back in May. As previously mentioned, Hemmestoffer also posted renderings of Apple’s 2019 iPhone supposedly based on leaked design documents.

It’s likely that Apple’s second-generation iPhone XS Max will feature the three-lens setup, with the next version of the smaller iPhone XS and ‘entry-level’ iPhone XR featuring dual lenses.

It’s unclear how Apple will use the triple-lens setup, but its purpose will likely be similar to the three camera shooters featured in recently released Android smartphones like Huawei’s P30 Pro and Samsung’s recently revealed Galaxy S10.

This means that at least one of Apple’s upcoming iPhones will feature increased zoom, a wider field of view and improved low-light performance.