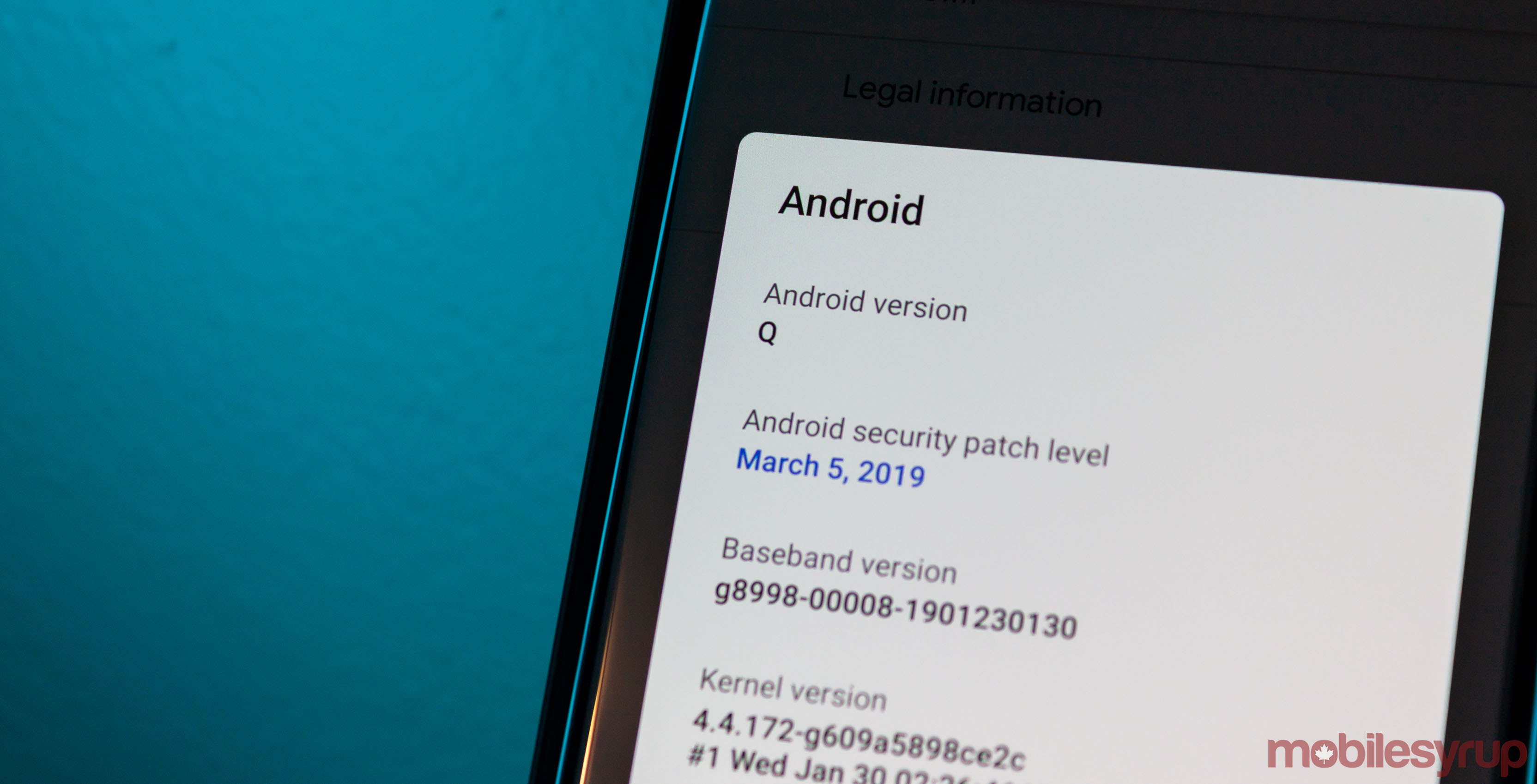 Two days later than expected, the beta version of Google’s next major Android operating system update, Android Q, is now available to download on all three generations of Pixel smartphones.

Pixel owners can install the beta by manually flashing their device or by enrolling in the beta program.

We here at MobileSyrup are in the process of downloading the OS to one of our Pixel devices. We’ll have a full breakdown of the new features available in Q on the site soon. However, from the looks of things, it appears early reports were accurate: Google has revamped how permissions work, as well as created a new system-wide share sheet that loads instantly.

The full, public release of Android Q will likely launch sometime this summer. Google will provide further details about Android Q at its annual I/O developer conference, which is set to run between May 7th to 9th this year.

Note that this first developer preview doesn’t include many of the big, front-facing features Google plans to include in Android Q. For instance, the system-wide dark mode that was detailed by XDA Developers earlier in the year isn’t present in the developer preview. This feature is coming in a future version of the Android Q’s beta.

Regarding a specific schedule, Google says that this is the first Android Q release, as you likely already guessed. During the beta’s first few iterations Google says it is soliciting feedback from developers as they test out their apps with the new version of the mobile operating system. Beta 4 is set to offer app creators a final set of development APIs for Android Q.

Below is the full release schedule for Android Q’s beta: