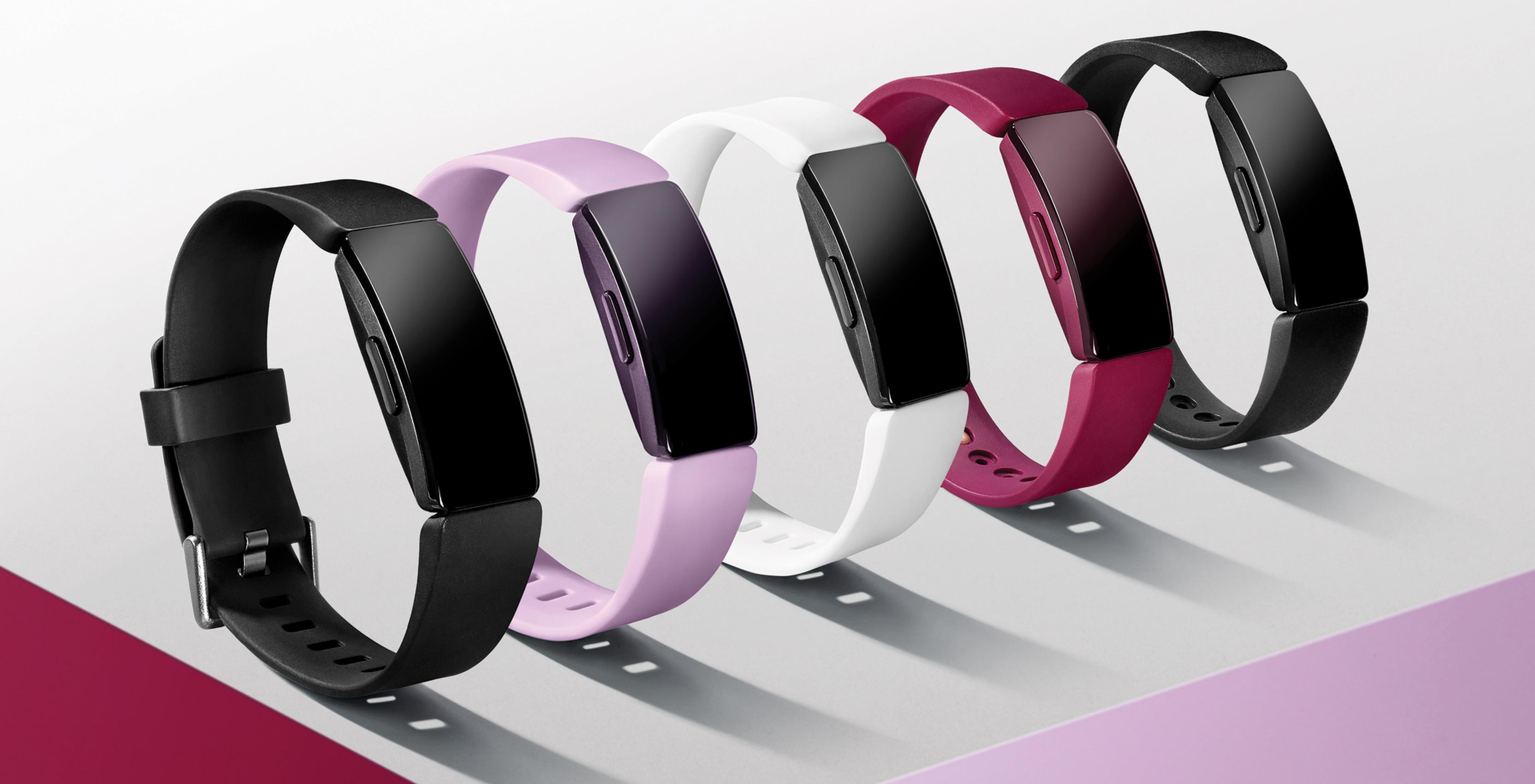 Back in 2016, Fitbit announced its Alta fitness tracker, a smaller and more affordable alternative to its popular Charge lineup. One year later, the company announced and released Alta HR, which added the company’s PurePulse heart rate tracking tech to the mix. Today, Fitbit is refreshing the entire lineup with a new design and brand new name.

As with Alta and Alta HR, the new Inspire lineup features two different models, Inspire and Inspire HR. Set to cost $99.95 CAD and  $129.95 CAD respectively when they arrive in Canada later this month, the main difference between the two models is that Inspire HR features the company’s PurePulse heart rate tracking technology. This enables a host of premium tracking features, including all-day heart rate tracking, which in turn allows Inspire HR to more accurately measure calorie burn.

Both models feature a sleek new design that’s waterproof up to a depth 50m. With waterproofing, Fitbit has also included swim tracking, a first for the Alta/Inspire lineup.

Like the Charge 3 update announced Fitbit announced last August, Inspire and Inspire HR integrate features from the company’s smartwatch lineup, the most significant of which is a new touch-based interface. Gone is the sometimes inconsistent tap interface of past Fitbit trackers.

The only major missing feature here is standalone GPS tracking, but as with Fitbit’s Charge 3 fitness tracker and Versa smartwatch, Inspire HR users can take advantage of the company’s Connected GPS feature to pull location data from their smartphone.

Otherwise, all of the features Fitbit users have come to expect from one of the company’s products are here, including all-day activity tracking, move reminders, SmartTrack automatic exercise recognition, as well as the recent addition of female health tracking.

Fitbit is promising five days of continuous battery life with both Inspire and Inspire HR. By comparison, Alta HR’s battery was rated to last seven days on a single charge.

At launch, there are four different ‘classic’ bands, available in ‘black,’ ‘sangria,’ ‘lilac’ and ‘white.’ Each is priced at $29.95 CAD. There are also two print bands, ‘Deco’ and ‘Bloom,’ that feature printed designs and will cost $34.95 CAD separately, as well as two stainless steel mesh bands, ‘silver’ and ‘rose gold,’ that will retail for $89.95 and two types of different leather bands, available in ‘midnight blue’ and ‘cognac’ and ‘black’ and ‘blush pink,’ that will cost $39.95 CAD and $44.95 CAD, respectively.

The company also announced a pair of clips, available at launch in ‘black’ and ‘soft pink,’ that are compatible with the basic Inspire. They will cost $24.95 CAD.

Inspire and Inspire HR will launch in Canada later this month, with major Canadian retailers, including Amazon.ca, Best Buy, Indigo, SportChek, The Source, Staples and Walmart, all set to carry the device.

MobileSyrup will have a review of the Inspire HR in the next couple of weeks.

Fitbit is planning on making ventilators amid the COVID-19 pandemic