The selfie camera seems set to work similarly to Oppo’s Find X, where a mechanism slides a pair of selfie cameras from the rear of the device. 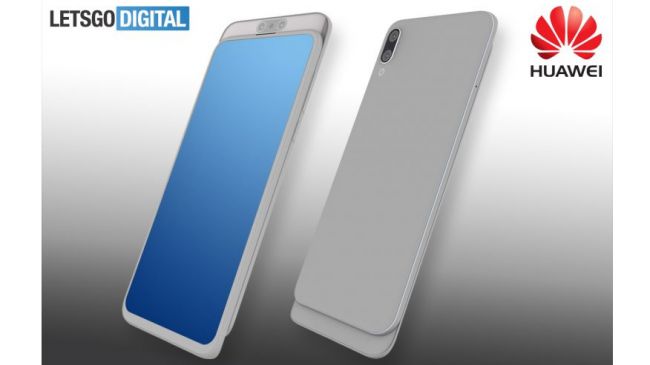 When a user activates the sliding function, a part of the phone’s rear is extended, which reveals dual selfie cameras with what could be a flash located between them.

However, in its standard form, the phone appears to feature slim bezels all around the device, with a speaker at the very top. On the rear, the handset appears to feature a dual rear-facing camera setup with a single flash. There’s no fingerprint sensor, so it’s likely Huawei intends to add an in-display fingerprint scanner, similar to the Huawei Mate 20 Pro. 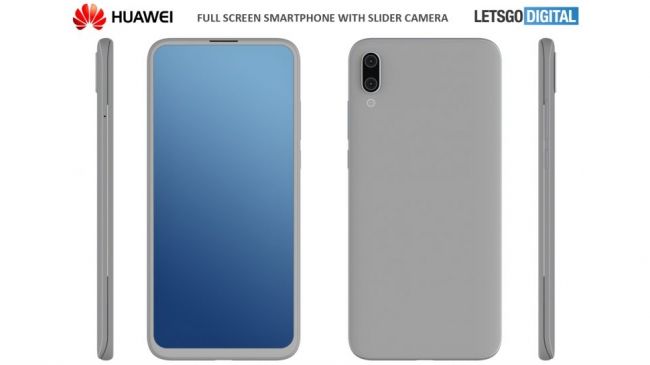 Huawei filed the patent on February 1st 2018 through the World Intellectual Property Organization, which published the patent on March 1st 2019. LetsGoDigital, a Netherlands-based publication, was the first to discover the recently published patent.

Like most patents, it’s unclear if Huawei will ever bring this phone to market. That said, this patent does reveal that Huawei was looking into pop-up camera technology before Oppo released the Find X back in June of 2018.

To check out the full patent, follow this link.