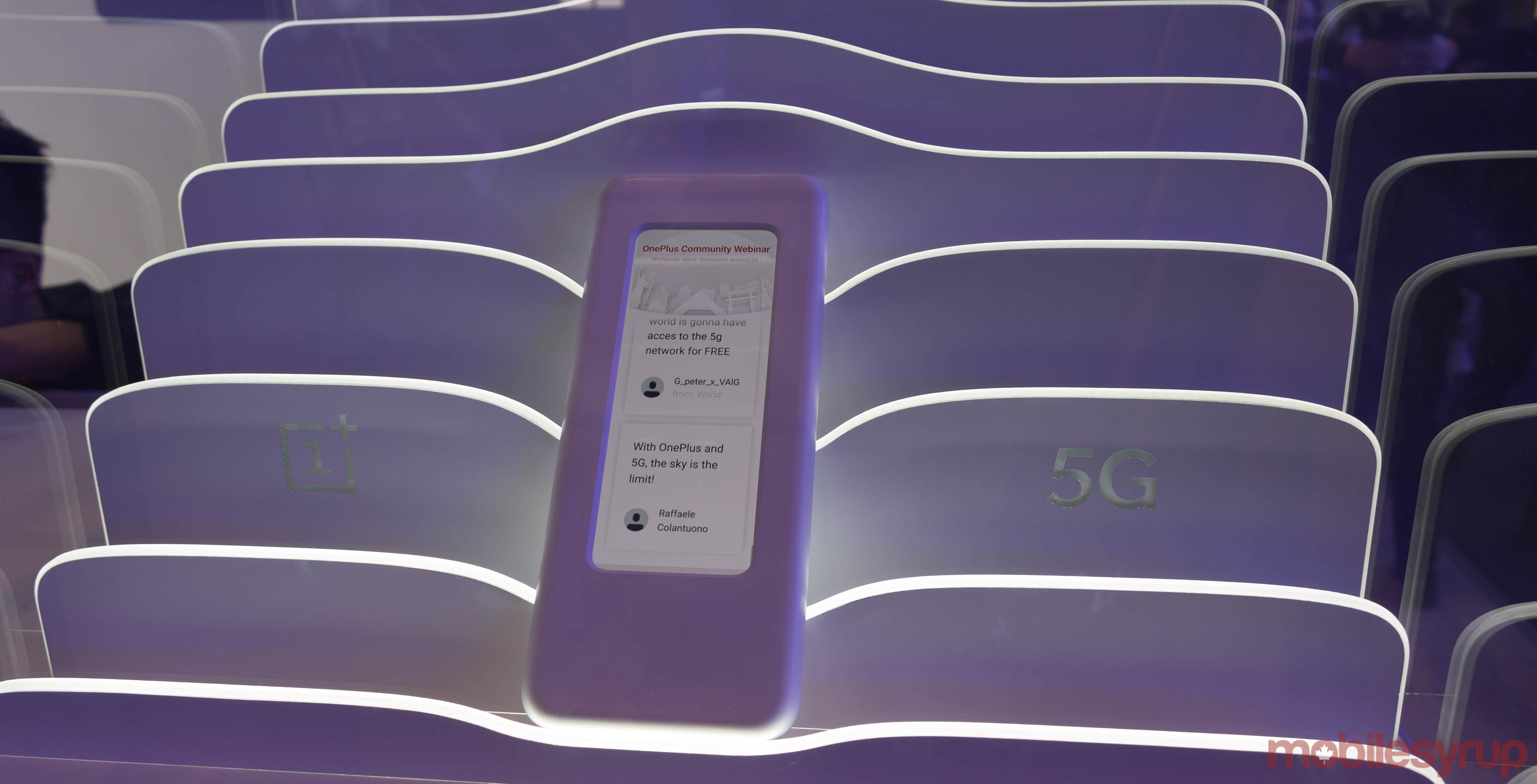 OnePlus held true to its promise to demo its upcoming 5G phone at MWC in Barcelona, Spain this week — to a degree.

The 5G phone was at the show, albeit hidden inside a thick, plastic case and locked inside a plastic cube. Only the device’s screen was visible.

The demo involved playing Ace Combat 7 via cross-platform cloud gaming service Shadow. Users could control the came with an Xbox One controller connected via Bluetooth. The game was streamed to the phone from a cloud server in Amsterdam via a pseudo 5G network.

Spain doesn’t have a widely available 5G network yet, so the actual 5G part of the demo utilized a small mmWave base station installed over Qualcomm’s booth. The game streamed to the base station via a more traditional internet network.

As a result, there were plenty of variables that affected the speed of the connection, from the controller’s Bluetooth connection to the not-really-5G network. The game seemed laggy, as it responded to inputs on the controller with some delay.

As for the device itself, OnePlus didn’t share too much that we don’t already know. The company did say the 5G phone was an entirely new device and not an upgrade to an existing phone (nor is it the OnePlus 7). It also uses the Qualcomm Snapdragon 855 processor, and it may cost $200 to $300 USD more than 4G equivalents. Further, the device was capable of a maximum speed of 500Mbps, but the demo was only using about 15Mbps.

Finally, the device doesn’t appear to have a display notch, but it’s possible OnePlus hid it for the demonstration.

Ultimately, the demo does a better job showcasing the problems early 5G adopters will face. Currently, there isn’t widespread support for 5G from telecommunications networks, meaning it’ll be challenging to use 5G and achieve the promised speeds of 5G consistently.

Once 5G infrastructure is widely rolled out in a few years, 5G phones will come into full form.