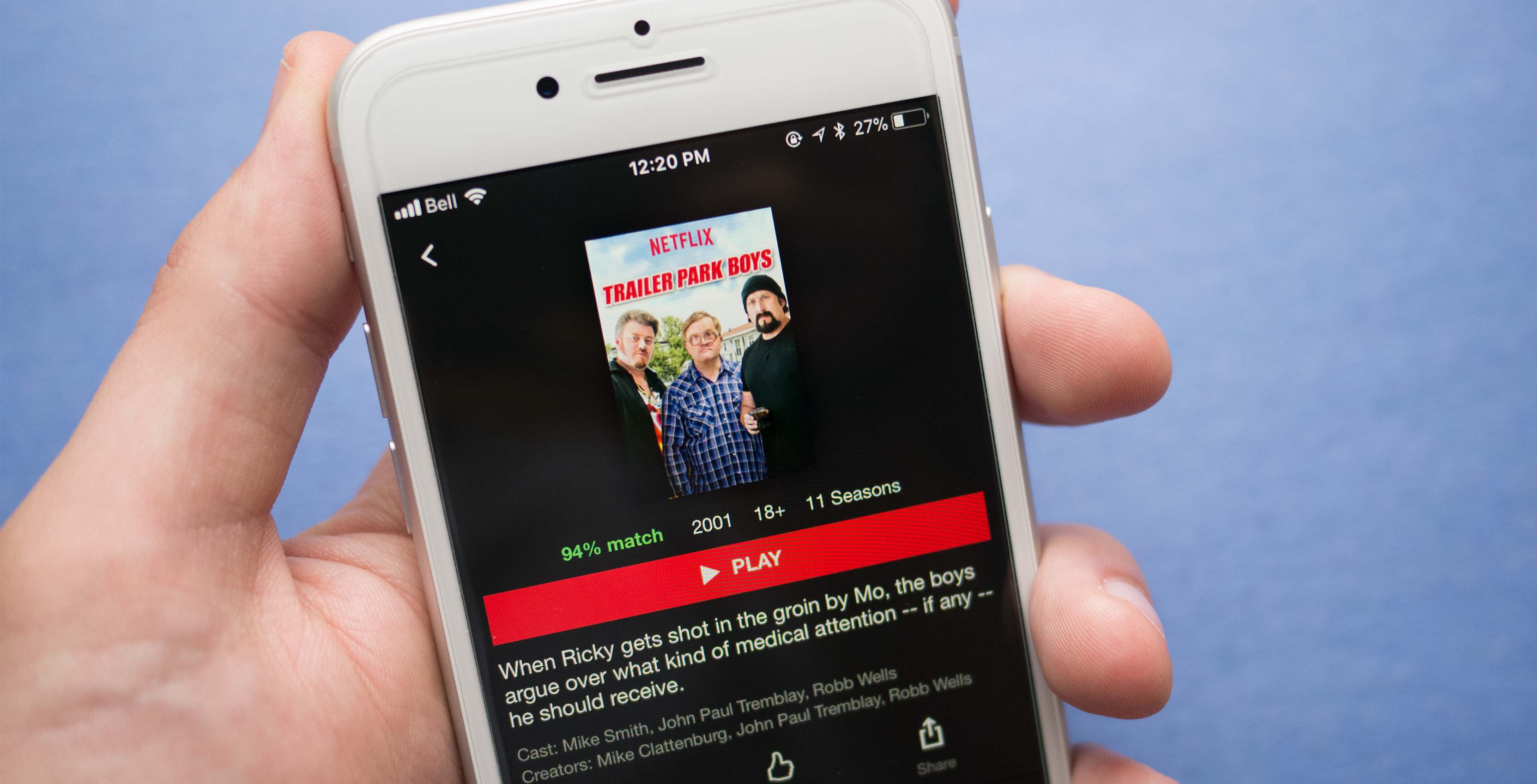 The plan, first reported on by CBC, doesn’t include new taxes on digital platforms, despite pressure from traditional television providers to impose a levy on the popular streaming service that would potentially contribute to the Canadian Media Fund (CMF), commonly referred to as a ‘Netflix Tax.’

Instead, Canadian Heritage has announced an agreement that will see the creation of Netflix Canada — a production company for Netflix outside of the United States, which is the first of its kind for the company — and a planned investment of at least $500 million CAD in original Canadian productions by the digital platform over the next five years.

Netflix Canada will be a permanent film and television production presence in Canada, according to the minister. Additionally, it’s as of yet unclear whether Netflix intends to open a satellite office in Canada, which would require the company to pay GST. The company says it has no further comment at this time.

The government notes that as part of this investment, Netflix will support Canadian French-language content on the Netflix platform through a $25 million investment, coupled with a strategy that includes ‘pitch days’ for producers, recruitment events and other promotional and market development activities.

“Fans around the world are already falling in love with Netflix originals produced in Canada,” said Netflix’s chief content officer Ted Sarandos in a statement sent to MobileSyrup.

“Today’s announcement affirms there’s more to come as Netflix launches Netflix Canada, our permanent production presence in Canada. We look forward to continuing our work with Canadian talent, producers, broadcasters and other local partners to create Netflix originals in Canada for many years to come.”

If Netflix doesn’t contribute the funds as promised, reports the Financial Post, the streaming giant could be fined up to $10,000 per day under a legally binding agreement with the government.

The government has also announced that, starting in 2018, it will increase the federal contribution to the CMF, to compensate for a decline in funds from cable and satellite distributors.

All this comes as part of a plan dubbed ‘Creative Canada.’

Creative Canada will focus on three things, according to the government: investment in creators, promotion of the discovery and distribution of Canadian content at home and abroad, and the strengthening of public broadcasting and local news.

Additionally, Minister Joly and Minister of innovation Navdeep Bains sent a letter to Ian Scott, the new Chair of the CRTC, to “set out the issues we see as important for the regulator in fulfilling its mandate.”

The ministers are asking the CRTC to look at how new models will support the creation and distribution of Canadian programming in both official languages.

To this end, the government is establishing a Creative Industries Council — co-chaired with Innovation, Science and Economic Development (ISED) — and has added a new investment of $125 million over five years to support Canada’s first ‘Creative Export Strategy.’

Joly also expounded on the importance of the CBC, noting that the government put $675 million of new funds into CBC/Radio-Canada and stating that it has launched a new, “open and independent process” to select the next CBC leadership.

Minister Joly emphasized the importance of local news, as well, announcing a partnership with Ryerson’s Digital Media Zone and the Ryerson School of Journalism to create a digital news incubator.

In a blog post, Michael Geist, Canada Research Chair in internet and e-commerce law at the University of Ottawa, wrote that while Minister Joly failed to shake things up she “deserves credit for delivering a policy that rejects new taxes and regulation, keeps net neutrality intact, and still finds some new money for production and investment certainty from Netflix.”

However, there has also been some early criticism of the recently announced partnership with Netflix, with some suggesting that Minister Joly has done little to move the dial on cultural policy.

Quebec’s Minister of Culture and Communications Luc Fortin is also critical of the plan, stating at a press briefing following the announcement: “I am rather angry, I would say, and especially that we have abdicated on the question of language, among other things, that we are not assured that there is a definite portion of original French-language content, while the same is required of other Canadian platforms.”

In a comment to MobileSyrup, Bell indicated it felt the playing field is still far from level between itself and Netflix.

“We note that the Netflix contribution will be voluntary, and a fraction of what Canadian companies like Bell Media are required to pay. Our total annual investment in Canadian content in 2017/18 is nine times the average amount that Netflix would contribute yearly,” said the company in a written statement.

“The industry is changing rapidly with new technologies, new international entrants and more to come. We’re asking for a level playing field for all participants that ensures maximum benefits for Canadian viewers and creators. That includes an equitable tax regime and balanced approach to investment in Canadian content.”

Rogers, meanwhile, offered a mainly positive comment: “We are glad to see the commitment not to tax internet services and the recognition of the importance of local news. We look forward to participating in the upcoming legislative and policy consultations announced by the Minister.”

It also noted its own investment in Canadian media content, however, stating it invested over $660 million in Canadian content last year and $580 million the year before.

As it stands, Canadian broadcasters such as Bell and Rogers’ media arms are legally required to spend a certain amount on programs of national interest (PNI) and French-language content. Canada’s telecom and broadcast regulator, the CRTC, reduced the minimum expenditure requirement to five percent back in May.

Joly closed by stating that, in the year ahead, she would work with the Canadian public, “our partners, and across government to build on the direction I’ve outlined here.”

Update 28/09/17: Updated with comment from industry stakeholders and critics.