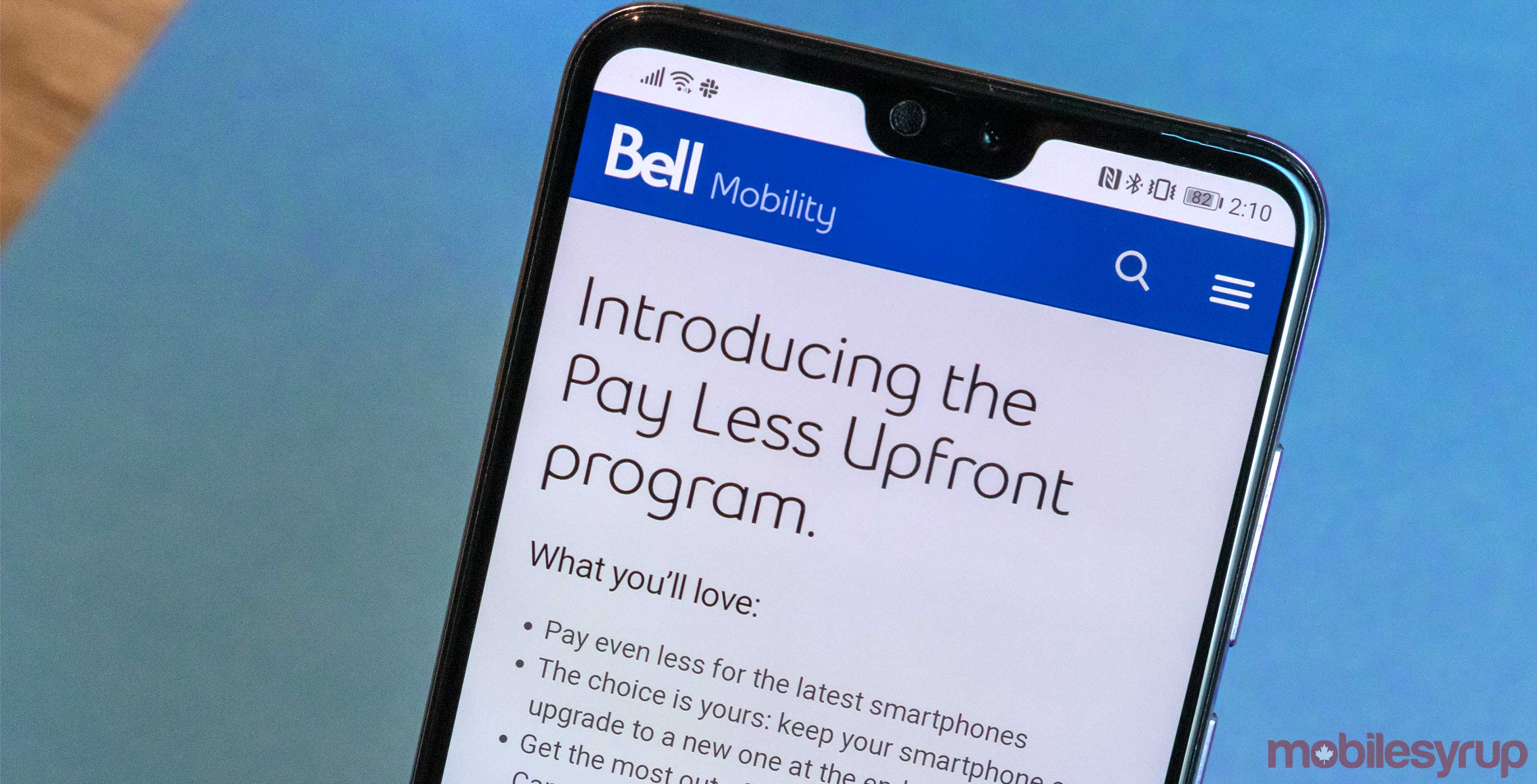 For example, a Samsung Galaxy Note 9 smartphone –regularly priced at $1,379.99 — costs $99 down with a two-year Premium Smartphone Ultra Plus plan.

However, the phone costs $0 down if purchased through the Pay Less Upfront program.

“At the end of the 2-year term, you can pay back the deferred amount to keep your smartphone, or return your smartphone in good working condition at a Bell store, where you can also upgrade to a new one at that time,” reads an excerpt from the Bell Mobility website.

While the new program seems like an easy way for consumers to afford premium-tier smartphones, not all devices are eligible for the subsidy.

The only eligible devices are the iPhone XR, iPhone XS, iPhone XS Max, Samsung Galaxy Note 9 and the Huawei Mate 20 Pro, and device costs differ from phone to phone.

Subscribers who want an iPhone XS Max need to pay $300 upfront. If they want to keep the phone after 24 months, subscribers will need to $289.99.

Additionally, while subscribers need to wait 24 months to pay to keep their devices, Bell will allow subscribers to either leave the program or upgrade early to a new phone after 12 months.

“You will need to pay back the deferred amount and your outstanding device balance if you upgrade or leave the program before the end of the 2-year term,” reads an excerpt from the Bell website.

The carrier will only allow subscribers to return phones “in good working condition.”

Just like Bell’s new subsidy, Telus allows subscribers to either return their phones after 24 months or pay a fee to keep their devices.

Bell and Telus’s new subsidy programs are likely a response to increasing smartphone costs, as well as declining consumer interest in purchasing the latest smartphones.

As such, the new subsidy isn’t just a way to convince subscribers to purchase new smartphones through Bell, it’s also a way to address declining consumer interest in Apple’s newer smartphones.