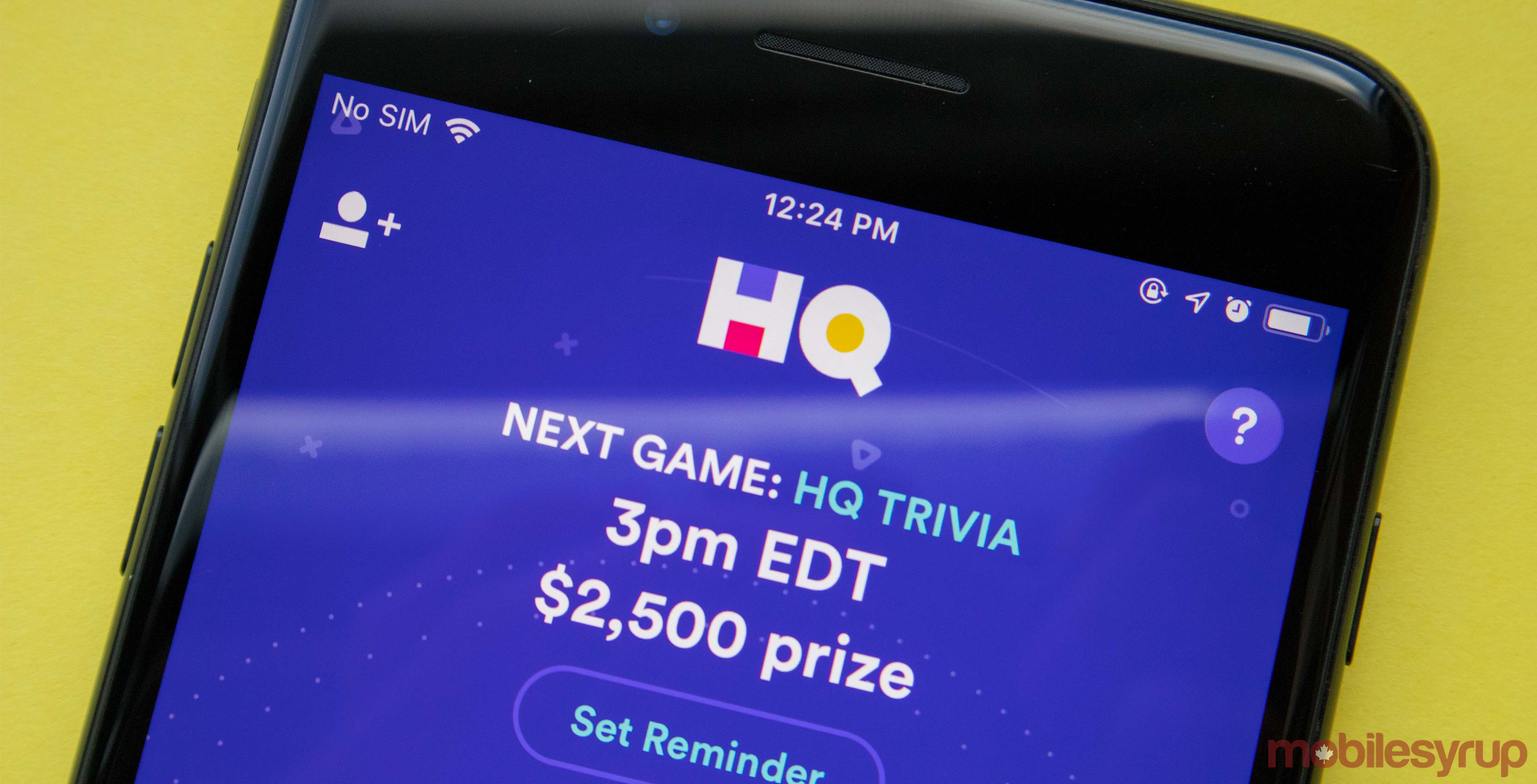 Instead, players found themselves competing for the chance to win a large sum of points, which go towards HQ Trivia’s recently added in-game levelling system. This led to some fans taking to Reddit to express disappointment about the lack of real-life monetary rewards.

However, HQ Trivia says that cash prizes aren’t going away entirely. In an interview with The Verge, Brandon Teitel, HQ senior vice president of programming and partnerships, clarified that the points rewards will be rotated in occasionally to help users do better in the game.

“We look at it as another way to win HQ,” said Teitel. “I think a lot of people traditionally have thought it’s really hard to win HQ, and it is. Not everyone is going to win the game, but getting credit for the questions that you got right feels really good […] It’s definitely a loyalty play to incentivize people to come back.”

Indeed, the points system does make it easier to win HQ Trivia. Each time a player answers a question correctly, they will receive points, with larger denominations given out as the game progresses.

Once enough points have been earned, players will level up and be given a ‘Free Pass’ to continue playing, even if they get a question wrong. For example, someone at Level 2 will automatically be kept in the game if they get the first two questions wrong, while someone at Level 10 will be guaranteed to reach question 11.

The level system was first introduced during a ‘season’ of games with larger cash pools during the holidays, with the second season beginning earlier this week. The second season will end on February 28th with a large jackpot game that will increase over the course of the season.

HQ Trivia has been looking at new ways to continue to draw in players as the number of app downloads has decreased over the past year. In addition to the levelling system, the company launched a companion game called HQ Words in late December. The Wheel of Fortune-esque game is playable from within the HQ Trivia app and requires players to type in missing letters to correctly spell out words.

Company behind once-popular HQ Trivia app is shutting down