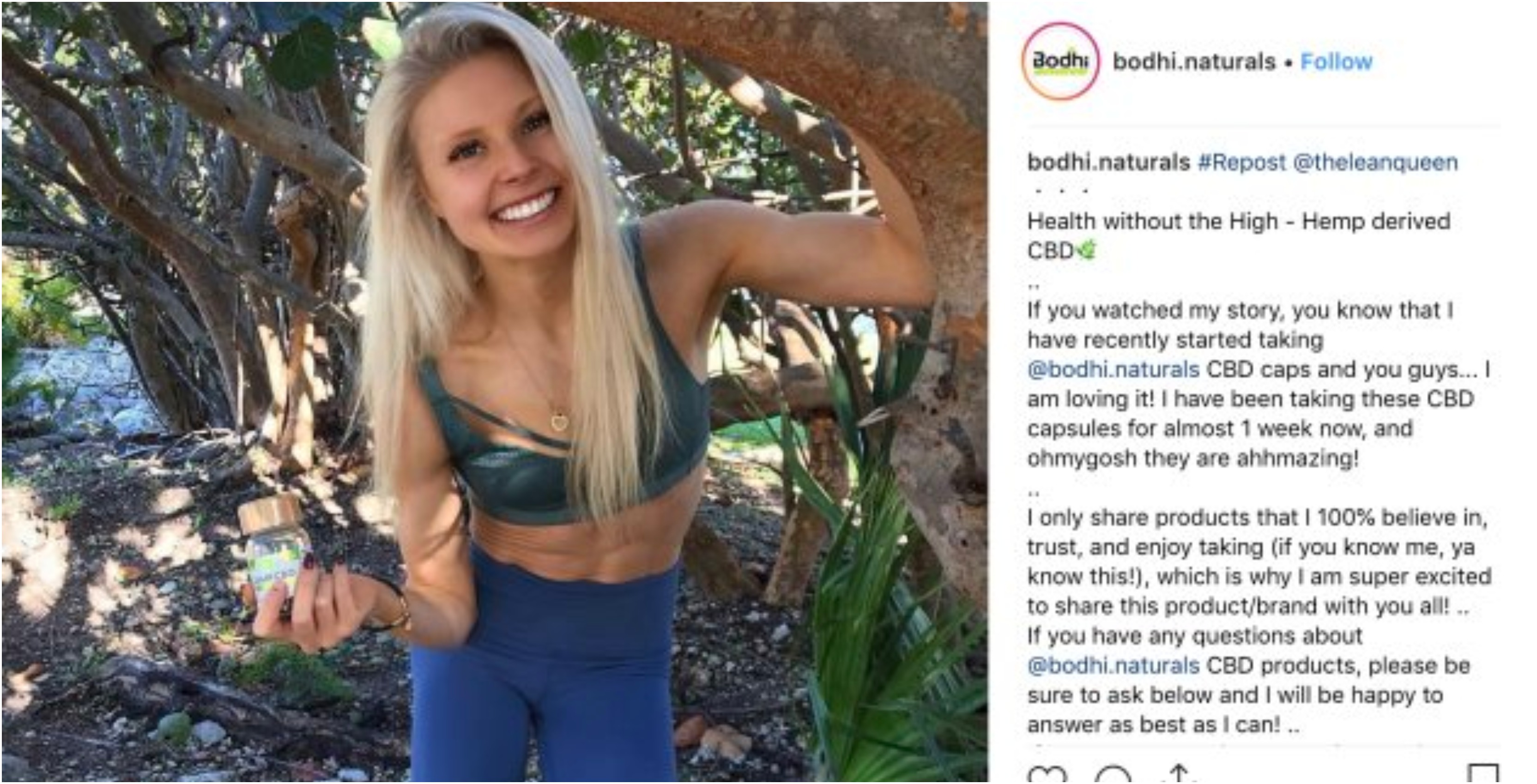 The professional bodybuilder was seen in a post posing with the Bodhi Naturals product, claiming the CBD had great health benefits, according to a January 22nd, 2019 HuffPost Canada article.

“So many amazing health benefits of taking hemp infused CBD oil,” read the post, which is now taken down. “One of my favourite supplements that I take right now…and something I highly recommend for everyone!!”

The post has now been deleted including the videos of Ford using the oil. The posts also provided a discount code for the products. 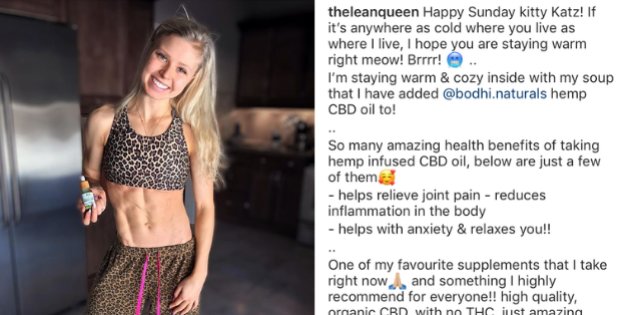 HuffPost Canada reported that Ford’s picture was also taken down from Bodhi Naturals’ website shortly after the story was published.

According to the company’s website, it offers tiny bottles of capsules or liquid drops that say have anywhere between 10mg and 1,000mg of CBD.

CBD, or cannabidiol, is cannabis-compound that doesn’t result in the high commonly associated with smoking cannabis. The oil is said to help cure anxiety, stress, movement disorders and pain.

According to the HuffPost Canada article, not all CBD is legal, adding that just because you can’t get high that doesn’t necessarily make it legal.

In Canada’s Cannabis Act, any part of the cannabis plant — including CBD — is considered cannabis. Marijuana products can only be sold by authorized retailers.

“It should be noted that absent such an exemption, under the Cannabis Control Act 2017, no person other than the Ontario Cannabis Store, or a person authorized under the Cannabis Licence Act, 2018, shall sell or distribute cannabis in Ontario,” said Philip Klassen, a spokesman for the province’s Ministry of the Attorney General, in an interview with HuffPost Canada.

This means it’s rather shady Ford is advertising a CBD oil illegally because Bodhi Naturals is not listed an authorized seller of cannabis products by Health Canadas.