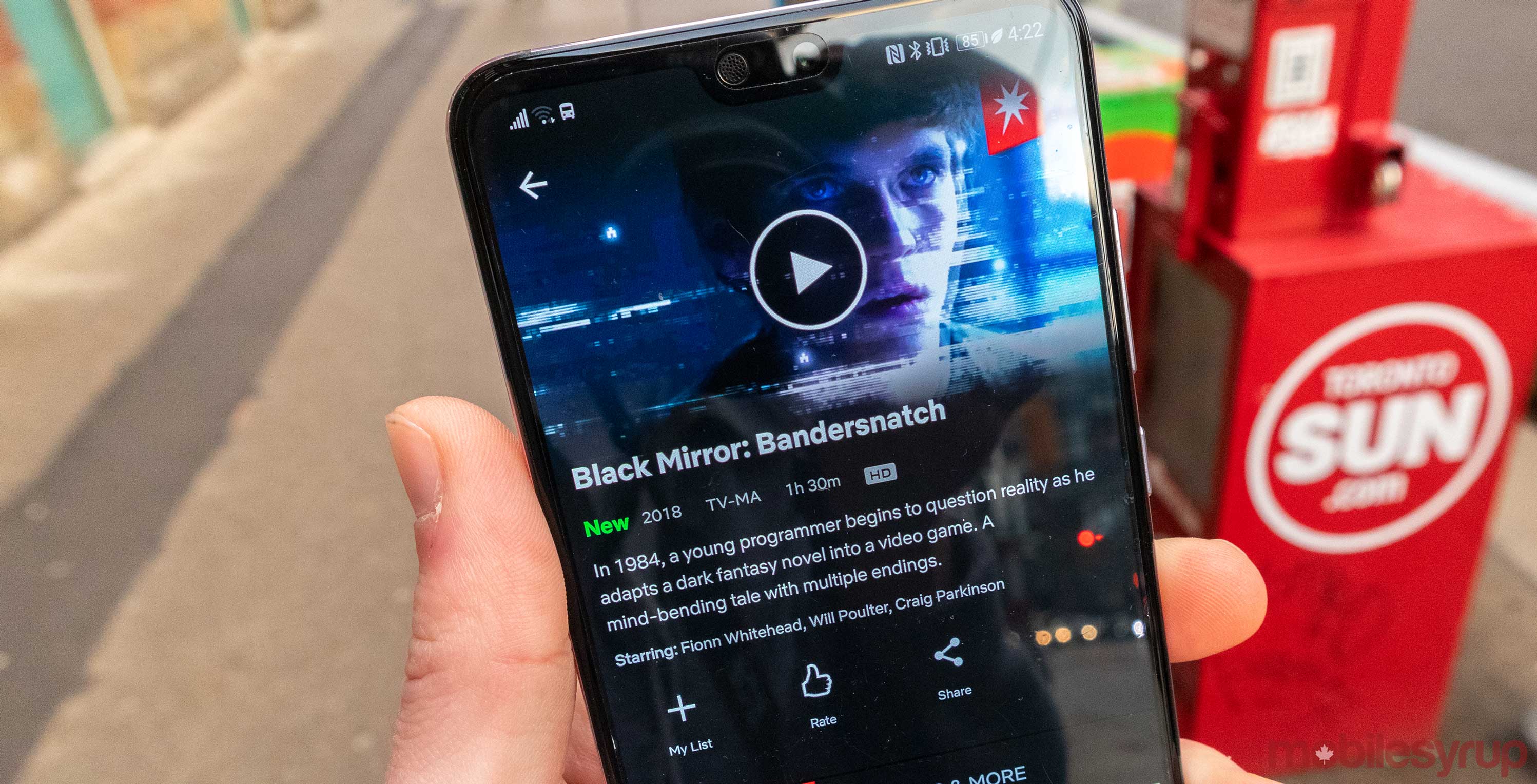 So far Chromecast, Apple TV, the Windows Netflix app and web browsers that use Microsoft Silverlight are unable to view the interactive portion of the media.

Game consoles, smart TVs, iOS devices, and streaming media players should all support the format, although Netflix doesn’t go into much detail in this section. It does mention that users will need to make sure the Netflix app is running the latest version available.

It’s worth noting iOS users can AirPlay Mirror their phone and watch Black Mirror Bandersnatch that way on the Apple TV.

Netflix also mentions that updating your smart TV doesn’t necessarily mean that interactive content like Bandersnatch will work. To play Bandersnatch on an Android phone or tablet it must be updated past Android 6.19.

With high-end set-top boxes like the 4th-generation Apple TV being more than capable of running an interactive experience, it appears this could be a power move on Netflix’s part given Apple is rumoured to be preparing to launch its own streaming platform soon.

New Netflix customers can no longer pay for a Netflix account directly through iOS, further indicating that the streaming service could be preparing for a cold war of sorts between the two tech giants. Netflix does note that any users who are already subscribed through iTunes can continue to pay for Netflix’s services that way.

It seems that if your device doesn’t support interactive content, then Netflix plays a supercut of characters from various Black Mirror Episodes saying “sorry,” before informing you of devices compatible with the streaming platform’s interactive movies.