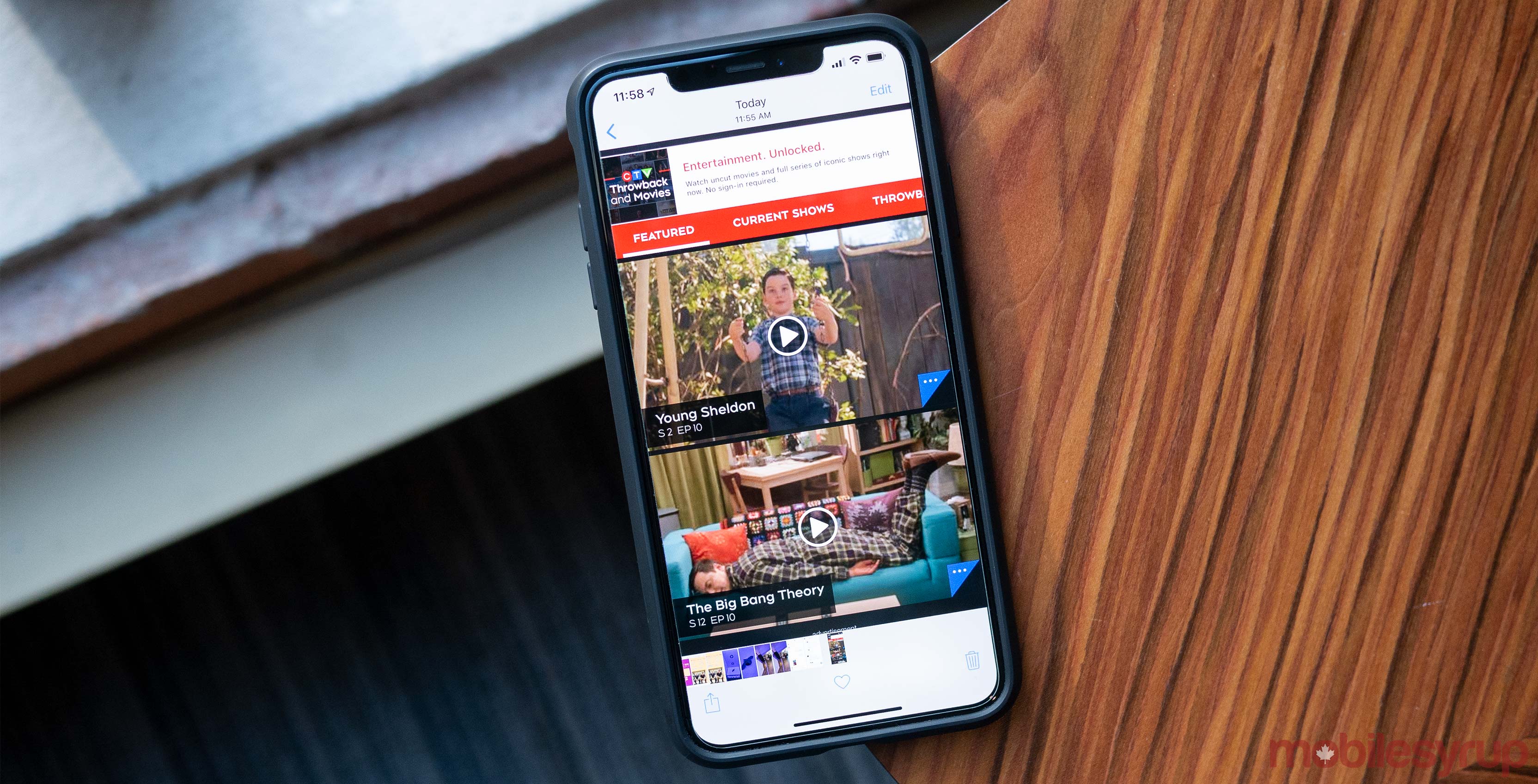 The channels are available through CTV.ca as well as through the network’s iOS, Android, Apple TV and Amazon Fire Stick app. This means that Canadians now have access to thousands of hours of movies and television series for free, whereas previously this content was tethered to a traditional cable subscription.

“As the next step in the evolution of the CTV Super Hub, we are proud to announce these two new digital destinations,” reads a recent statement from Mike Cosentino, president of content and programming at Bell Media. “We’re putting thousands of hours of additional entertainment at the fingertips of our users for free, expanding our catalogue of hit long-form entertainment.”

This means that television shows like Chosen, Damages, and Community can now be watched for free, along with movies such as After Earth, The Art of War and Bad Country.

Bell’s CraveTV streaming platform was also recently refreshed, dropping the TV to become just Crave. Along with a more modern user-interface, Bell launched an additional $9.99 per month subscription tour called Crave + Movies + HBO that gives access to HBO’s current lineup of TV and Movie content. Previously, only HBO’s back catalogue of films and TV shows was available on the streaming platform. This means that with the standard Crave package and the Crave + Movies + HBO add-on, the service comes to $19.98 per month.