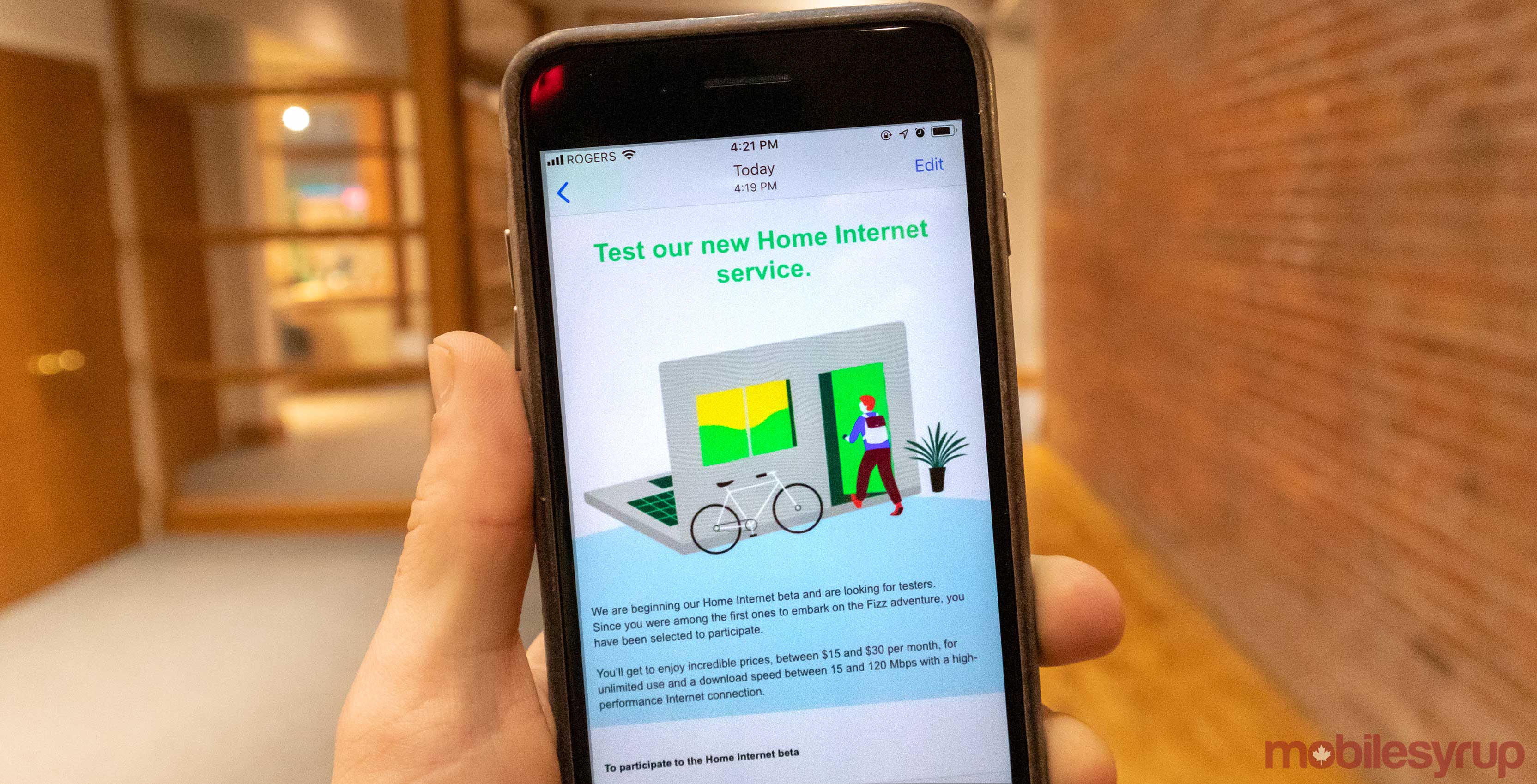 Certain users are reporting that they have been able to join Fizz Mobile’s new home internet beta to test out the telecom’s ‘Intelligent Wi-Fi.’

This isn’t the first beta Fizz has launched. It also beta tested its mobile internet service at the beginning of November.

It’s still unclear what Intelligent Wi-Fi is, but a post on Reddit from a user named ‘eLaiLu’ mentions that beta testers who are invited by Fizz are offered plans that range from $25 to $30 CAD for unlimited internet at speeds ranging from 15Mbps to 120Mbps.

Testers are also offered free ‘Auto-installation,’ which means that a technician will make sure your cable line supports internet and deliver a modem, but you’ll have to set it up. There is no word on if this offer will extend outside of the test. A complete installation costs $30.

The post mentions that if you join the beta, you’ll get to keep the price and plan you test as long as you don’t change it afterwards. This makes it seem like the prices will change after the beta test is completed.

Comments on the Reddit post mention that users who have Ontario bill addresses are unable to sign up even if they reside in Quebec, but another commenter suggests that using the Firefox browser solves this problem.

The entire PDF image that was sent out to testers is attached below;