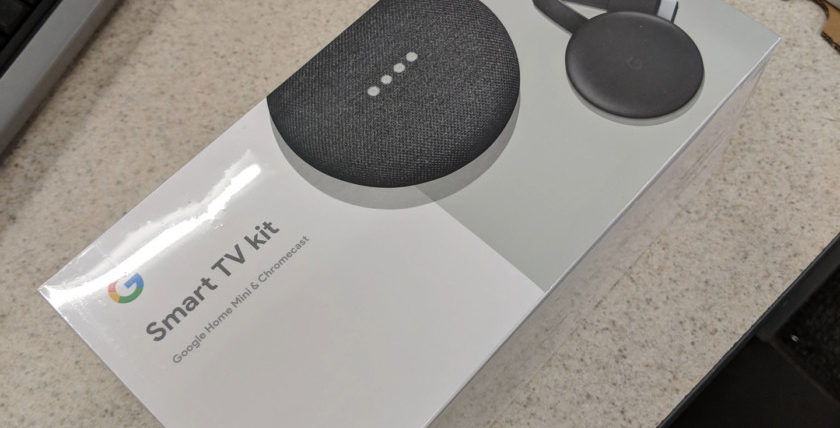 At this point, it’s basically confirmed that Google will show off a new third-generation Chromecast at the tech giant’s upcoming fall hardware event later this month.

This past weekend, a Best Buy employee accidentally sold a customer a third-generation Chromecast, giving us our first glimpse at the updated version of Google’s streaming device. Now, a photo of a new bundle called the ‘Smart TV Kit,’ which includes the latest version of the Chromecast along with a Google Home Mini, has appeared online.

The image was reportedly shot by an employee at an electronics store and was originally posted on Reddit. It’s unclear what retailer the Reddit user works for, though Android Police notes that the Home Mini and Chromecast bundle has been a Walmart exclusive package in the past.

Selling the Google Home and the Chromecast together as a bundle makes a lot of sense. The pair of devices can effectively make any television with an HDMI port a smart TV capable of responding to basic voice commands through the Google Home Mini.

We’ll have more on Google’s third-generation Chromecast in the coming weeks.