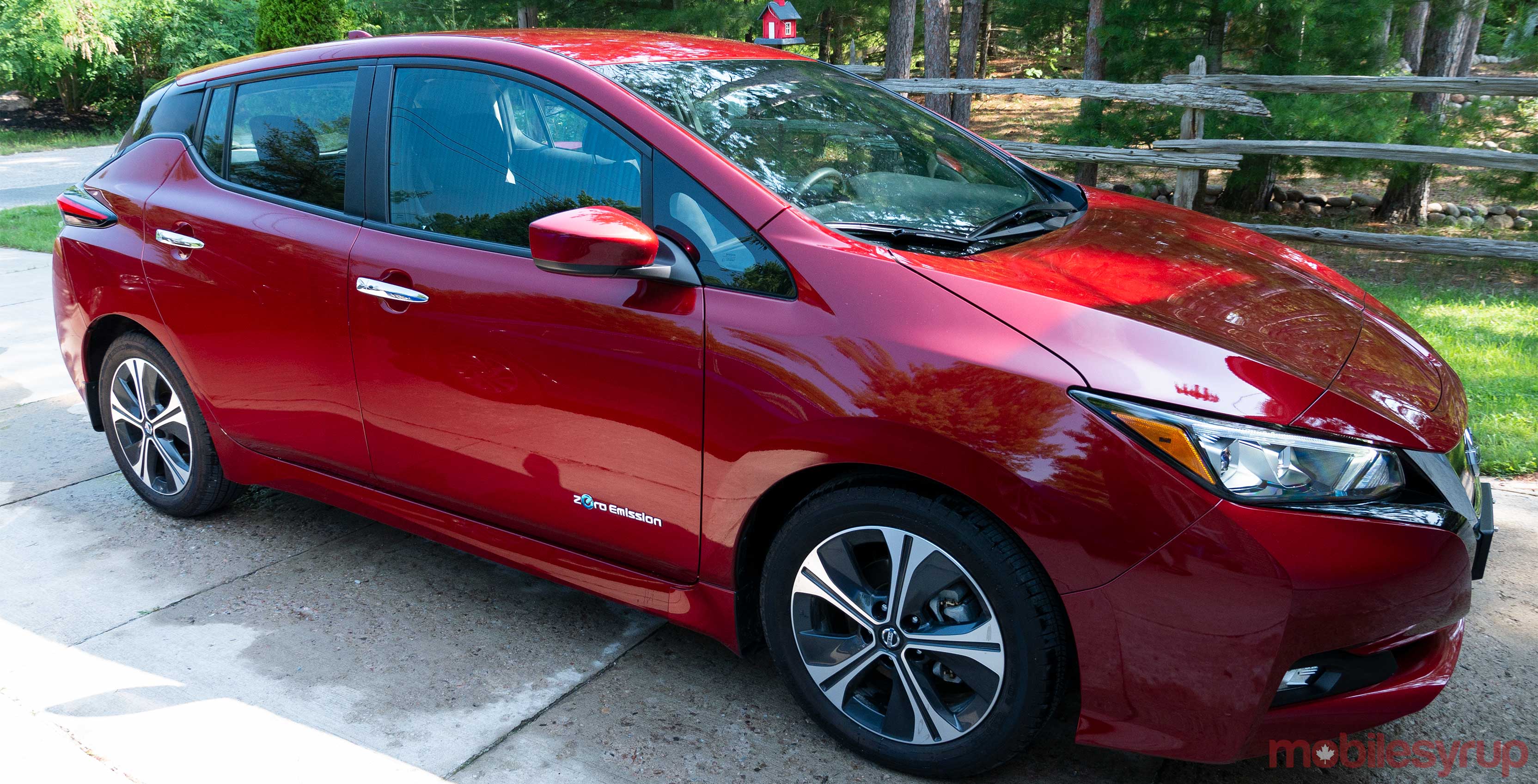 A recent report from the Angus Reid Institute (ARI) — a Vancouver-based not-for-profit public opinion research foundation — outlines what Canadians look for when buying a new car, and how interested they are in electric vehicles and hybrids.

Are Canadians exposed to electric vehicles?

To further reinforce that point, 91 percent of survey participants said that they’ve never owned an EV.

According to the report, only three percent of people in Canada own an electric vehicle, another five percent have a hybrid, and one percent owned one in the past.

British Columbia, Ontario, and Quebec have the most residents that have driven a battery-powered vehicle. These provinces all offer, or have offered, notable buying incentives, according to the report.

What Canadians look for when buying a new car

Subsidies and incentives seem to be critical to opening the door to the electric vehicle market in Canada.

According to the ARI’s report, 59 percent of Canadians believe that price is one of the most important factors that people consider when purchasing a new car.

Additionally, just over half of Canadians (56 percent) who participated in the survey said that the government should do more to incentivize car buyers to choose electric vehicles. In addition to that, 75 percent agree with the statement “I’m less inclined to buy an electric vehicle because they’re too expensive.”

Only 11 percent of participants valued environmental impact as one of the most important aspects when buying a new car. 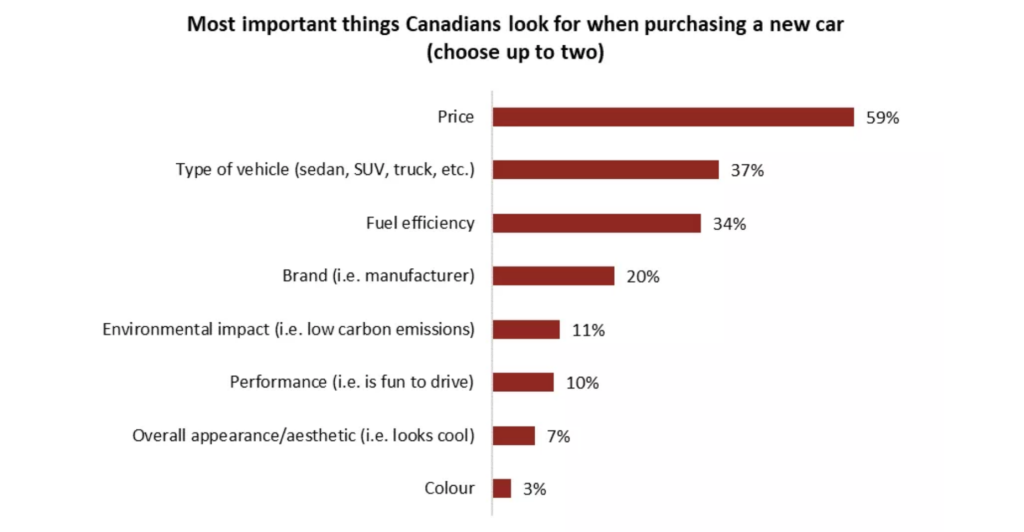 EV charging is another aspect that’s holding back some Canadians from buying an electric vehicle.

Six-in-10 (62 percent) of those surveyed claimed they would be more likely to buy an EV if there were more charging stations around. Forty-eight percent are also dissatisfied with the amount of time it takes to fully charge an EV.

Charging infrastructure is defiantly lagging behind gas stations, but it is getting better, and Canadians are finding ways to live with the current framework.

One stat that doesn’t affect everyday drivers, but is crucial for some people, is how fun EVs and hybrids are to drive compared to gasoline cars. According to the report, 50 percent of drivers that either own, or have owned, an EV or a hybrid in the past said EVs aren’t as fun to drive as traditional gas vehicles.

Things are still looking up for clean energy vehicles. Most Canadians would at least consider an EV or hybrid when they buy their next car, but more are willing to give hybrids a chance compared to a plug-in EVs like a Teslas or the Nissan Leaf.